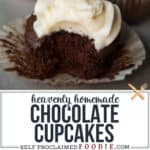 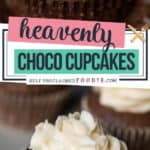 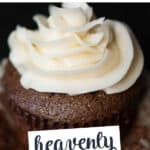 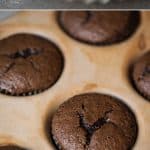 Heavenly Homemade Chocolate Cupcakes, made with cocoa and strong hot coffee, are the most decadent and moist chocolate cupcake recipe you'll ever enjoy! 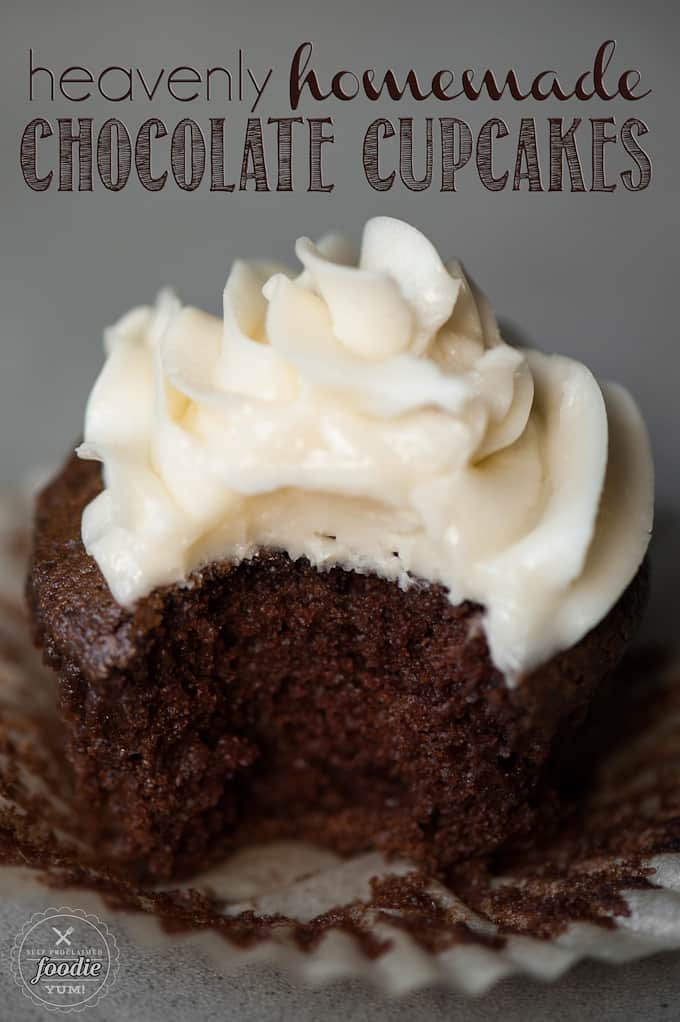 The days of resorting to a boxed mix are in the past forevermore. If you've ever asked how to make chocolate cupcakes from scratch, you've found your recipe. As much as I'd like to showcase this chocolate cupcake recipe, I'll tease you for a mere moment with my perfect buttercream frosting. I could stare at those luscious swirls for hours!

I would be doing you a disservice if I didn't share some other frosting ideas to go along with this chocolate cupcake recipe. 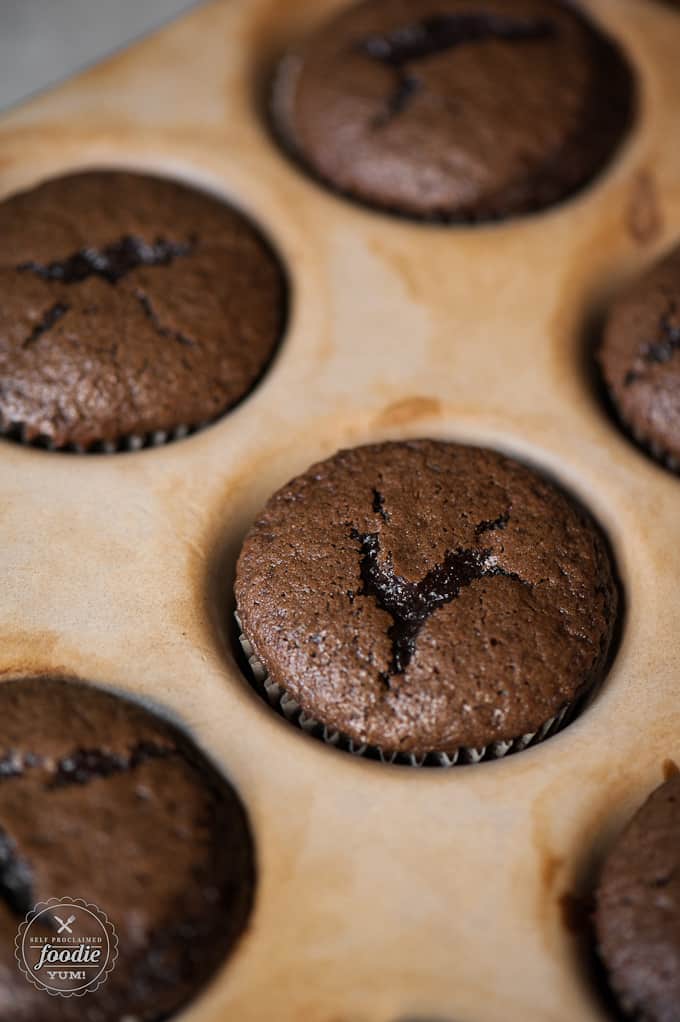 When I say these are the best damn chocolate cupcakes you will ever enjoy, I'm not kidding. My husband, who doesn't like sweets all that much, can't get enough. My kids, who ask for anything but cake on their birthdays (so strange, I know), think these homemade cupcakes are the best things that have ever come out of my oven.

What makes these cupcakes so heavenly?

Think about all the wonderful things you'd want in a chocolate cupcake. Moist? Most certainly. Amazing taste? There's cocoa, coffee, and sugar in these bad boys.

In fact, they taste sort of similar to my Baked Chocolate Glazed Donuts, but are obviously soft and fluffy like a cupcake.

What else could you ask for?  Rise and volume? Yes, and I believe this has to do not only with the mixing directions but also the baking process. I explain this more below when I talk about how to make cupcakes. There is no other way to describe them than heavenly. 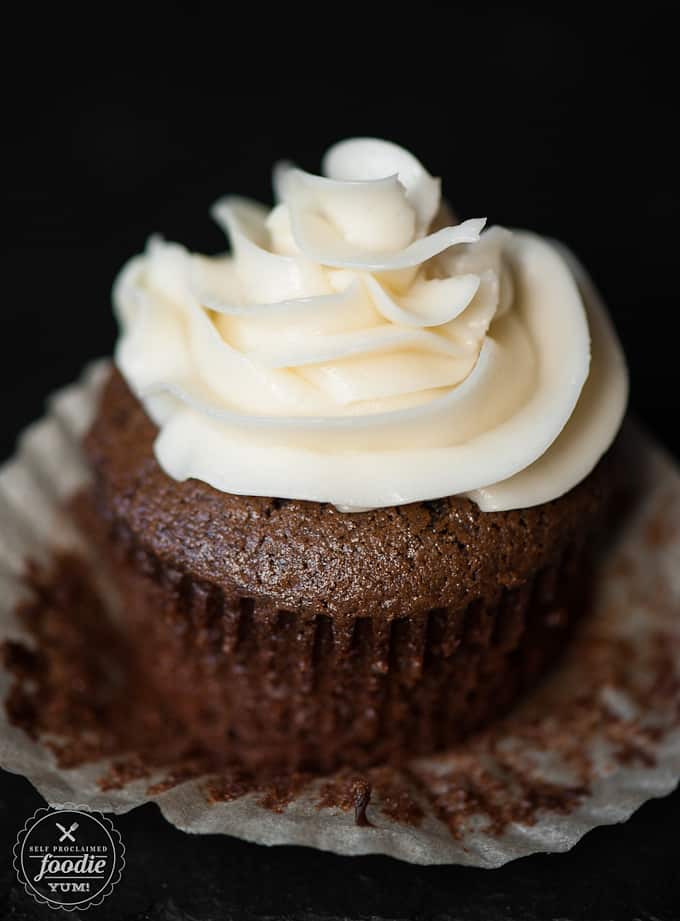 How to make chocolate cupcakes: 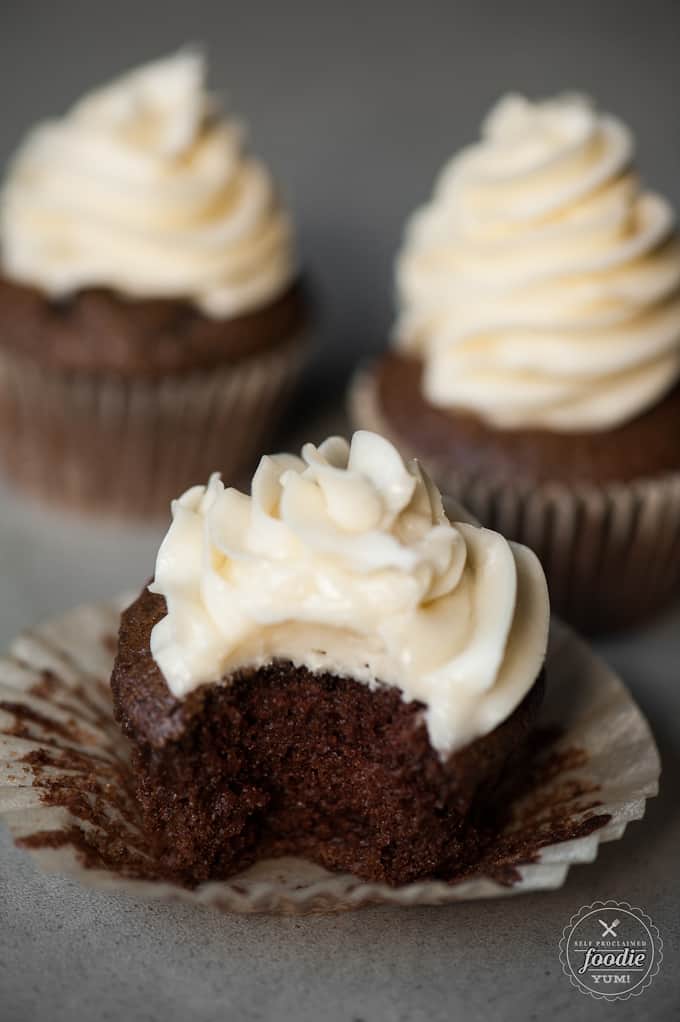 Can this recipe be used to make a cake?

I get asked this question all the time, and the answer is yes. My family loves these chocolate cupcakes so much that I often get asked to use this cupcake recipe but turn it into a cake. There are just a few things to consider when doing this: 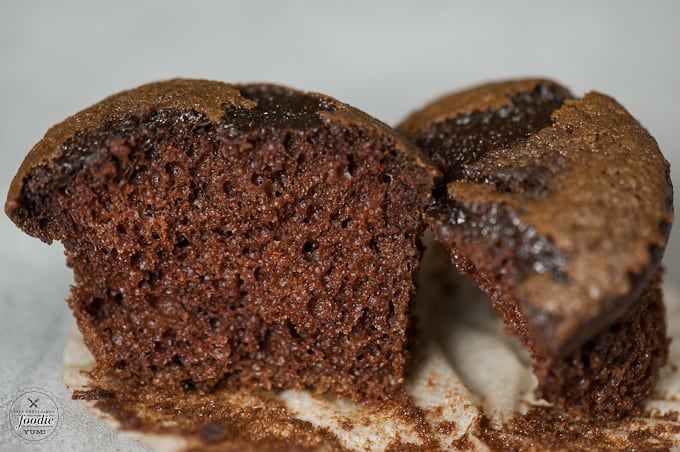 Just look at all of those lovely little air bubble pockets. Those are what give this cupcake that soft, pillowy, fluffy texture, while at the same time the top leads to the slightest bit of sweet crunch on top. You're totally starting to salivate, aren't you?  I just know it!

How full when filling cupcake batter?

Is this a question you ask yourself every time you try a new cupcake recipe? I do. The typical rule of thumb is 2/3 full.

If you fill your homemade cupcakes only half full, the final cupcake will be to small and if you go over the 2/3 amount, they will likely spill over.

If you find a really good chocolate cupcake recipe, however, you can start with your 2/3 full rule of them and then just keep distributing the remaining batter so that each one is the same size and they will cook up perfectly.

This this the best chocolate cupcake recipe you will ever find! They are so moist they taste amazing on their own, but what is a cupcake without frosting? I love to serve these chocolate cupcakes with my Mascarpone Frosting, Cream Cheese Frosting, or my Brown Butter Vanilla Bean Frosting. 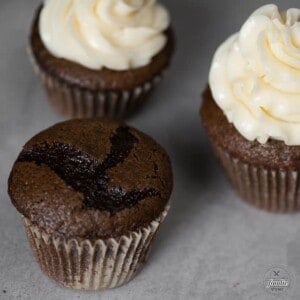 Heavenly Homemade Chocolate Cupcakes, made with cocoa and strong hot coffee, are the most decadent and moist chocolate cupcake recipe you'll ever enjoy!
4.94 from 43 votes
Print Pin Rate

This recipe was originally created in 2015 and updated in May 2019.