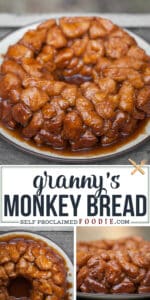 This recipe is incredibly easy to make because it uses store bought biscuit dough (in a tube). If you want to make money bread from scratch, check out my Apple Fritter Monkey Bread and Pumpkin Spice Monkey Bread recipes! 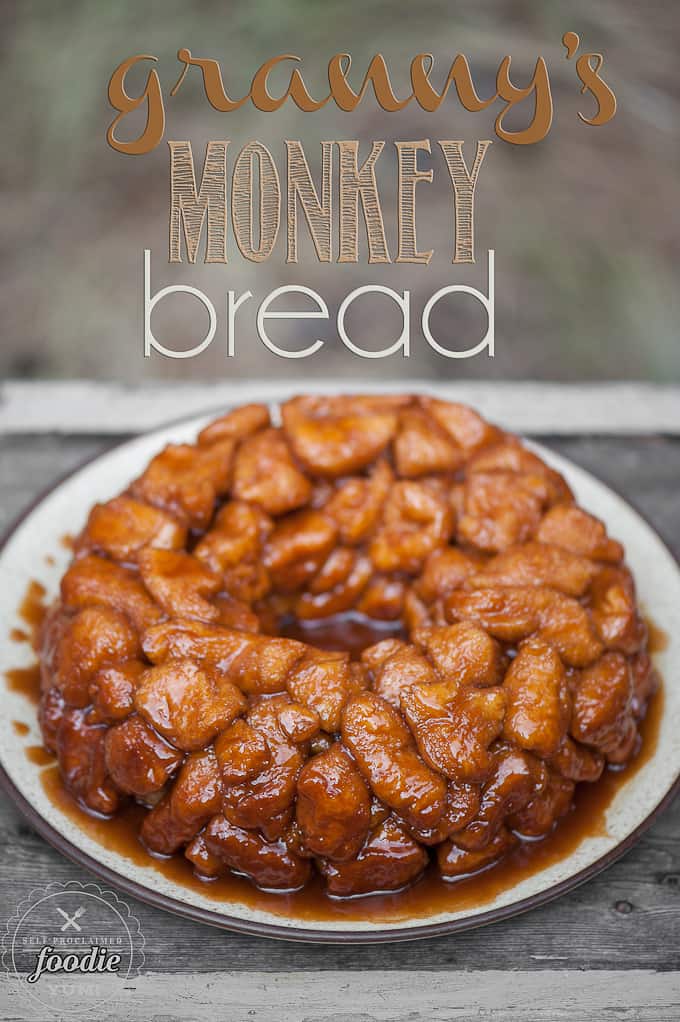 This recipe can be prepared the night before so your kids can wake up to the heavenly smell of taste bud heaven. Or, because this is a pretty quick and easy recipe to put together, you can easily assemble and bake the same morning you plan on devouring it.

There are lots of variations of monkey bread out there. You can go all out and make it with dough from scratch like I did for my other variations. Or you can cheat, like I do for this recipe, and make it with cans of biscuit dough. 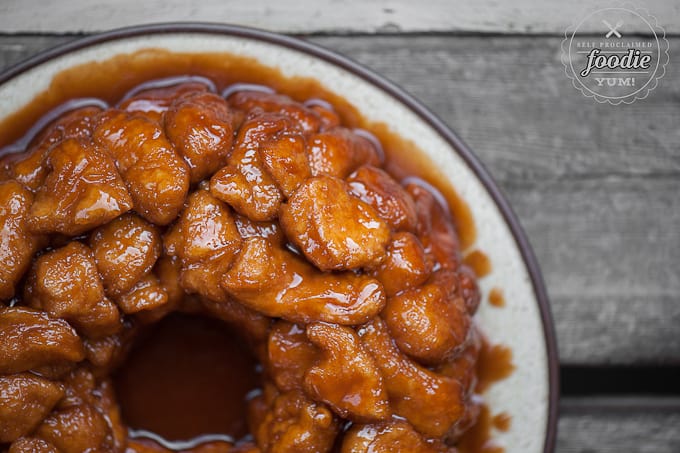 Ever heard of monkey bread?

I never experienced anything like this until my mother-in-law (my kids’ granny) made it for us during one of our family vacations.

This is basically the opposite of healthy, but definitely a treat everyone should experience at least once. It’s sweet. It is gooey. It’s incredibly naughty.  It is my favorite.

This recipe isn’t just for the holidays.

Want to be a rock star parent?  Next time you go camping, delight your kids when you make Monkey Bread on the campfire in the dutch oven.  Can you imagine a better treat to wake up to?

How about enjoying a batch on a vacation morning?  This is one of those recipes that just becomes tradition. 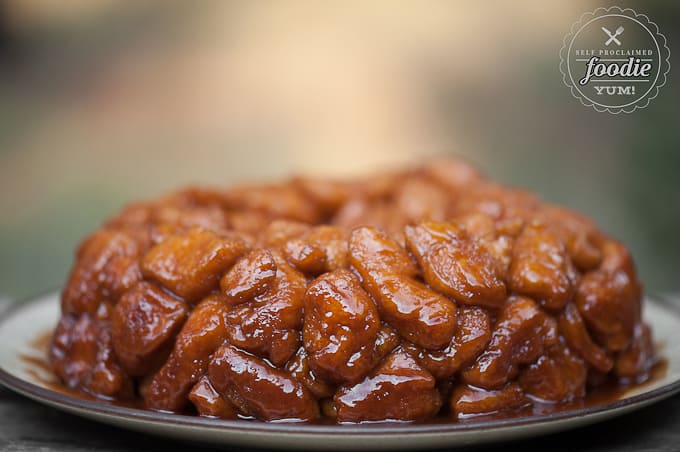 Easy steps to make this recipe:

You can make it ahead of time.

I actually prefer preparing this recipe on the same morning I want to bake it. Watching the kids and their anticipation for this annual treat is so much fun!

But, if you want to be able to just wake up and pop it in the oven, you can simply prepare the recipe as written and store it in the refrigerator until you’re ready to bake it.

Keep in mind you’ll either need to increase the cooking time or allow it to come closer to room temperature before baking.

Full RECIPE and VIDEO is below!

Watch me re-create this gooey masterpiece. 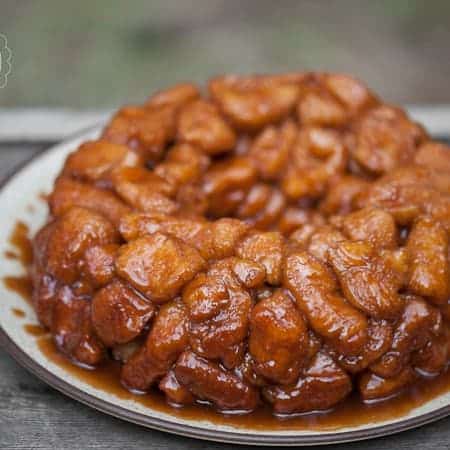 Granny's Monkey Bread is a sweet, gooey, sinful cinnamon sugar treat that will be loved by young and old alike. Be careful, this recipe is dangerously addictive.
4.43 from 176 votes
Print Pin Rate

This recipe has been viewed over 2 million times since it was originally posted in September 2014 and was most recently updated in November 2019 for your reading pleasure.