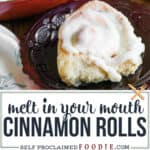 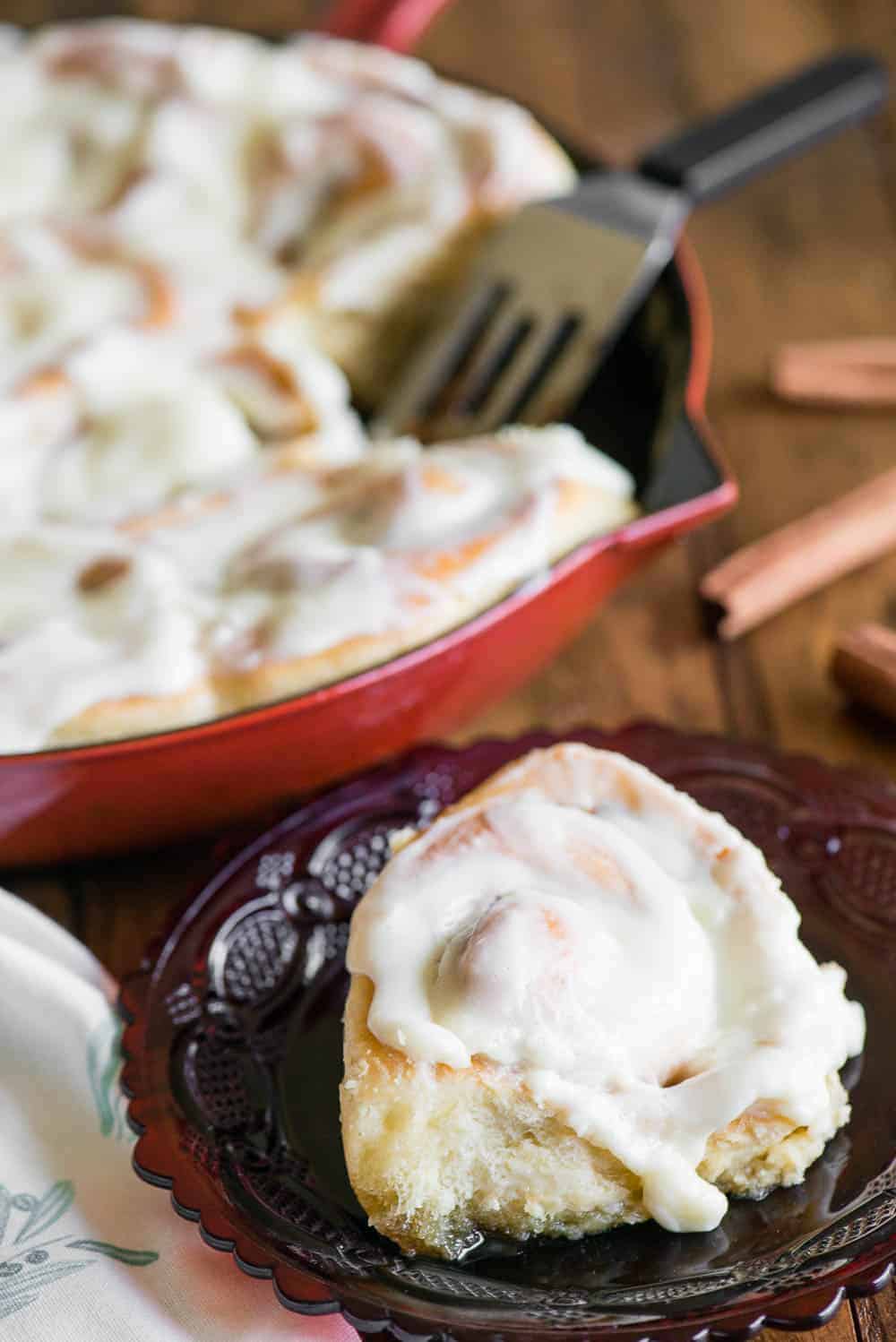 Is there really anything better than cinnamon rolls from scratch? I think not. I have made plenty of cinnamon rolls in my day, however, that weren't very good.

I have learned over the years that the only way all the cinnamon roll calories are worth it is if not only the dough is insanely soft and sweet, but the cinnamon roll frosting and filling are to die for as well.

I've made this sweet recipe more than enough times to share all my tips and tricks so that you'll have perfect results too. If you were looking to make super tasty cinnamon rolls, look no further. This is the best recipe you'll find.

Just as naughty as my famous Granny's Monkey Bread Recipe, but dare I say better? This recipe takes time but is worth every single calorie. Make them any time of year, but they are especially good on Christmas morning... 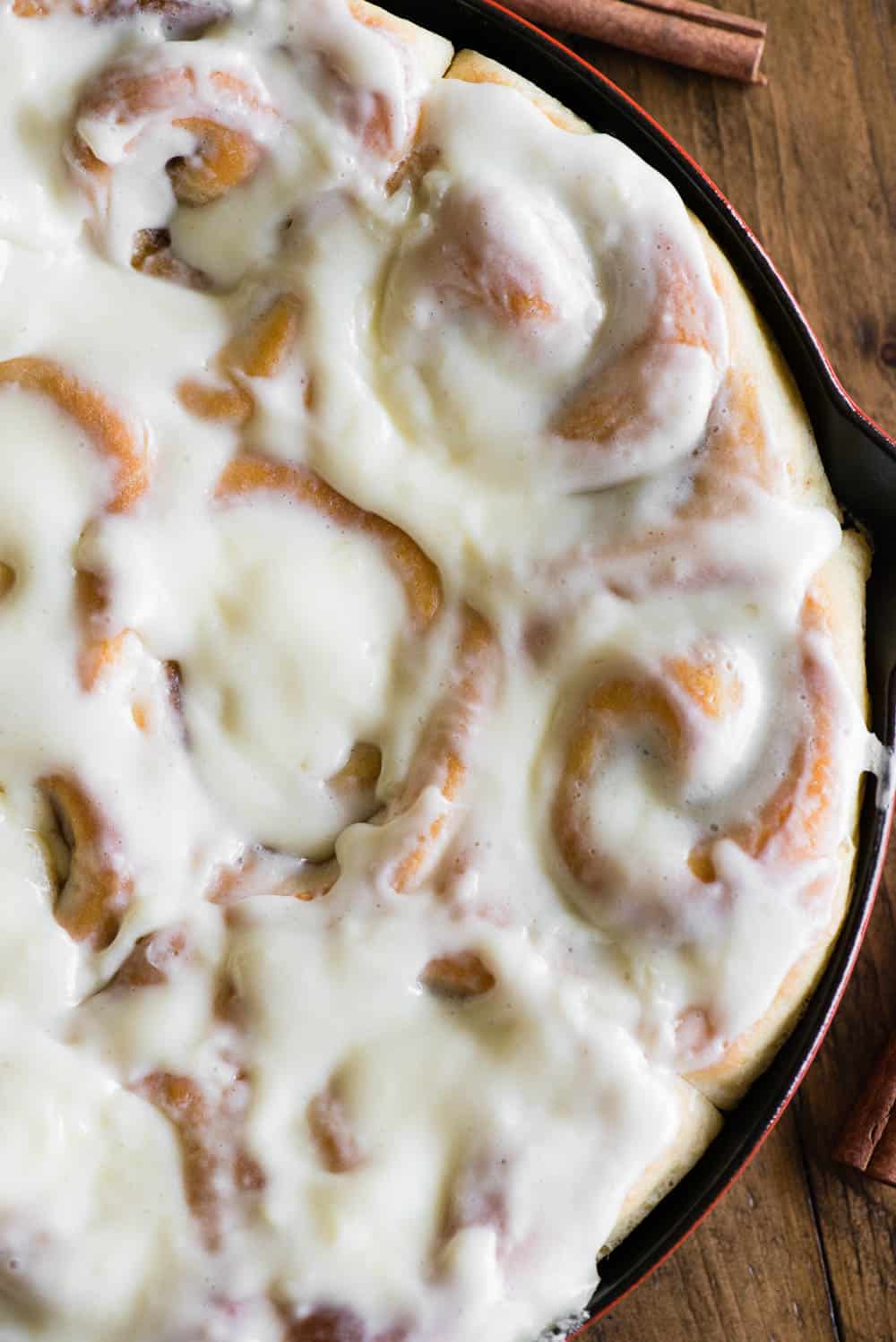 Some of these ingredients make a repeat appearance throughout the recipe since you'll be making dough, filling, and frosting. Here's the list of what you'll need so you can check the pantry and refrigerator before starting.

How to make the dough:

These scratch made ooey gooey cinnamon rolls are a multi-step recipe. Not challenging to make, but there are a lot of steps.

Meanwhile you will prepare the cinnamon roll filling and the cream cheese frosting. 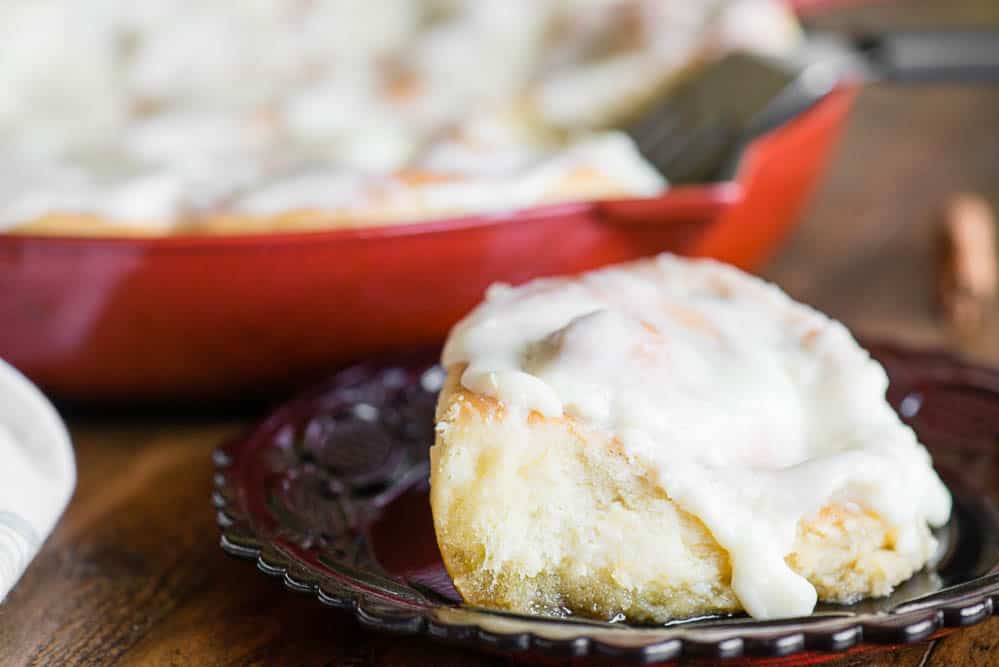 How to make the best icing:

My preference is to make cream cheese frosting for cinnamon rolls. You can go with a simple glaze, however I think this frosting really sets these soft rolls right over the edge.

How to roll and slice them:

This is the part I always struggled with when I was a novice cinnamon roll baker. The size and shape of your rolls depends on this step.

At this point you'll cover the pan and let the rolls rise for about 45 minutes. If you're making overnight cinnamon rolls, you won't let this second rise happen just yet. 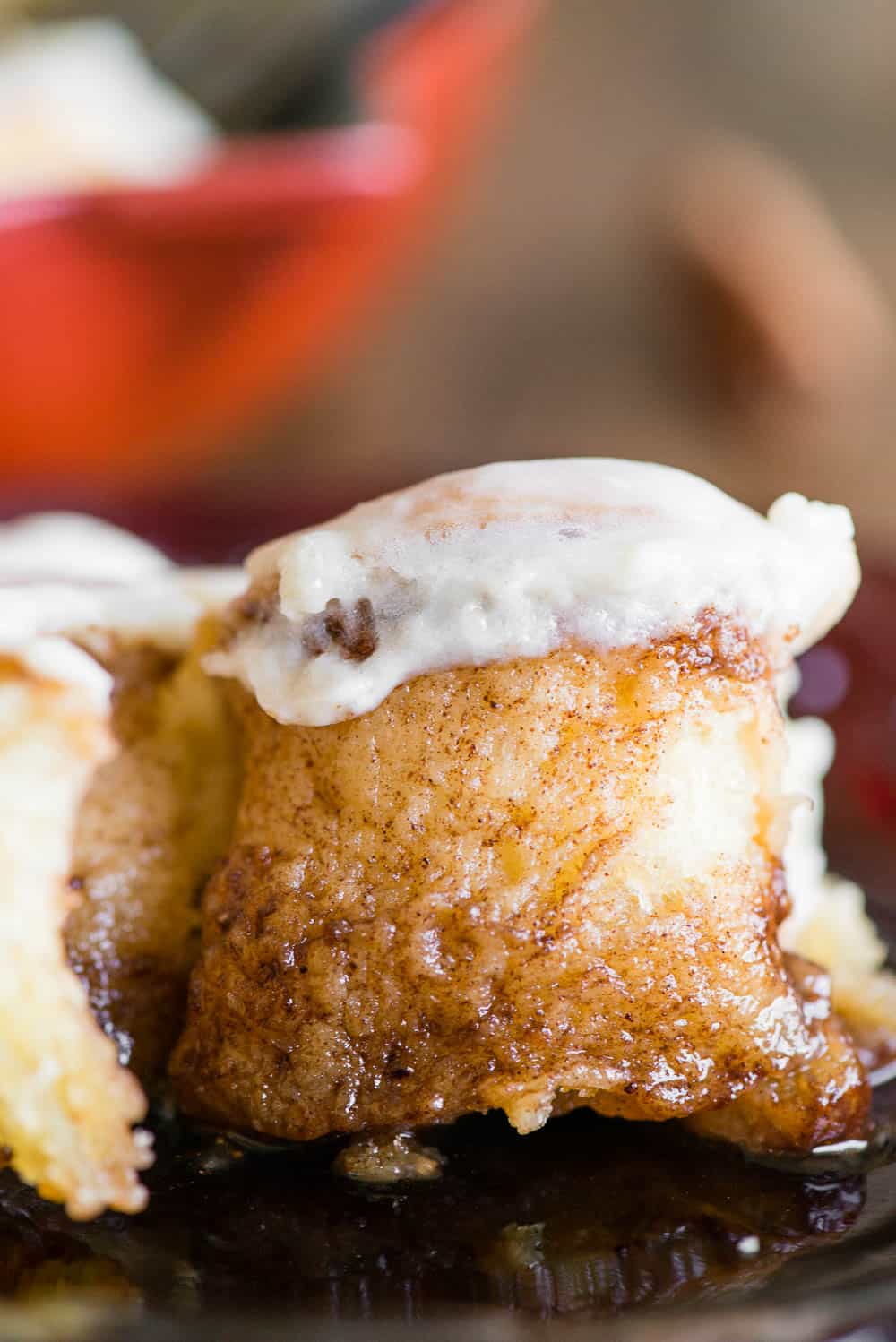 Since cinnamon rolls are a breakfast treat, and since they take so long to prepare with the mixing, rising of the dough (twice), rolling, cutting, baking, etc., preparing them the day before is often a preference.

To make overnight cinnamon rolls, simply follow the recipe all the way up to the point where the rolls are cut and placed into your baking dish.

Then, instead of letting them do their final rise in a warm area just before baking, you'll cover and refrigerate overnight instead.

There's nothing worse than putting this much time and effort into making something like cinnamon rolls from scratch, only to have them come out of the oven doughy and under cooked.

There are two main tricks that will give you perfectly cooked cinnamon rolls every time: 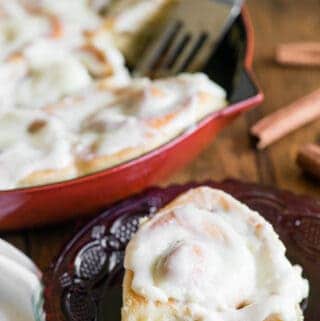 For the brioche dough:

For the pan (optional)

For the cream cheese frosting

To make the brioche dough:

If coating bottom of pan with optional naughty layer:

To bake the cinnamon rolls:

To store leftover rolls, ensure they are fully cooled and store in airtight container. Can be left out at room temperature, but they will last much longer if refrigerated or frozen. To make rolls ahead of time, follow all cooking steps up to the point where you add the rolls to the pan and cover. Instead of allowing to rise, refrigerate overnight. To bake the next day, allow rolls to come to room temperature and then bake and frost, per the directions.