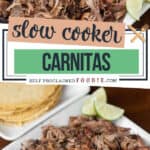 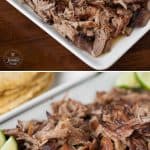 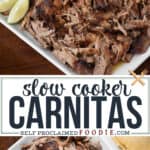 If its not quite yet barbecue weather, use your crockpot to make flavorful pork roast Slow Cooker Carnitas for an easy dinner that your family will love. 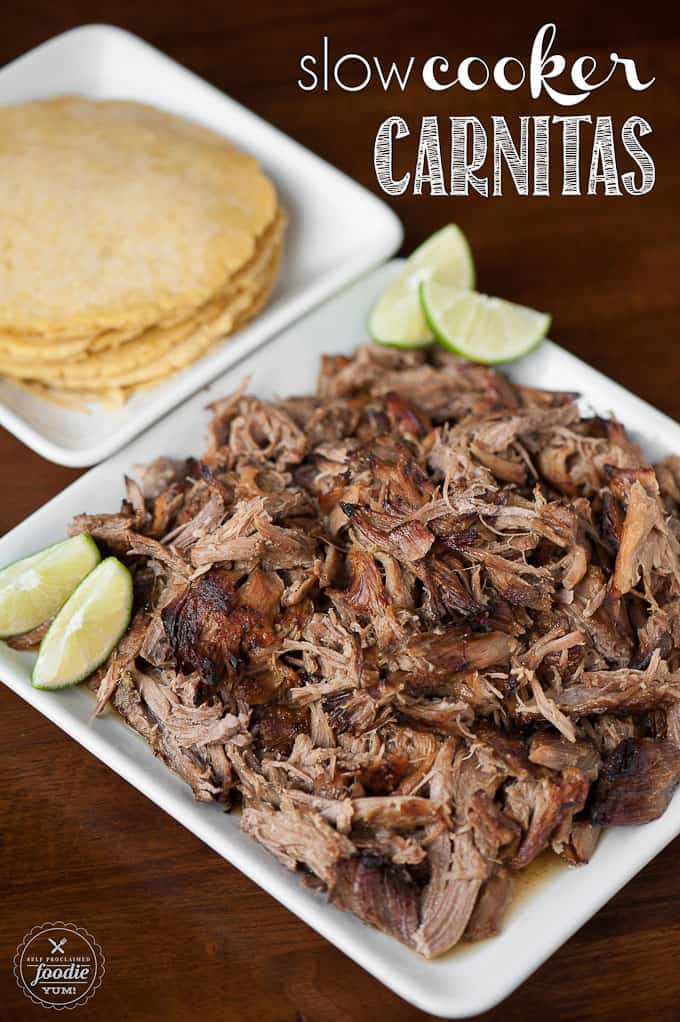 Everyone loves using their crockpot. Especially this time of year when its not quite grill weather. I love using my slow cooker. The freedom to just throw a bunch of stuff in a pot, plug it in and walk away, and come home to a home that smells divine is like mad science. I'm fortunate enough to have found my source of pork and beef from a farm that raises pigs and cattle in the beautiful pastures of Eastern Oregon. Every year I order a half a pig and a quarter cow and that lasts our hungry family of four who rarely eats out an entire year. With those orders, I get a few pork roasts and I always look forward to making things like slow cooker pulled pork and these carnitas. In fact, today I'm throwing my next pork roast in some apple cider brine and will cook it up on my smoker tomorrow right after giving it a good massage in my one spoon dry rub. 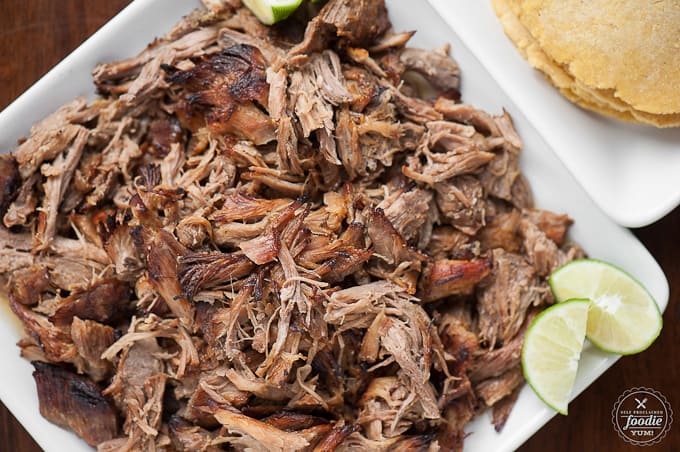 Because you cook these carnitas in their own liquid until the meat falls off the bone, the final result is a super tasty and moist shredded meat. Yes, you can shred the meat right out of the slow cooker and eat it right then and there, but I love to go the extra mile by straining out the cooking liquid, pouring it over the shredded meat, and crisping up the tips under the broiler. That added crunch and texture makes all the difference in the world, if you ask me!  So, if you're looking for a good meal to feed to a crowd this Cinco de Mayo, look no further. Serve it up with some cumin cilantro slaw and some homemade corn tortillas and you've got one fine meal. 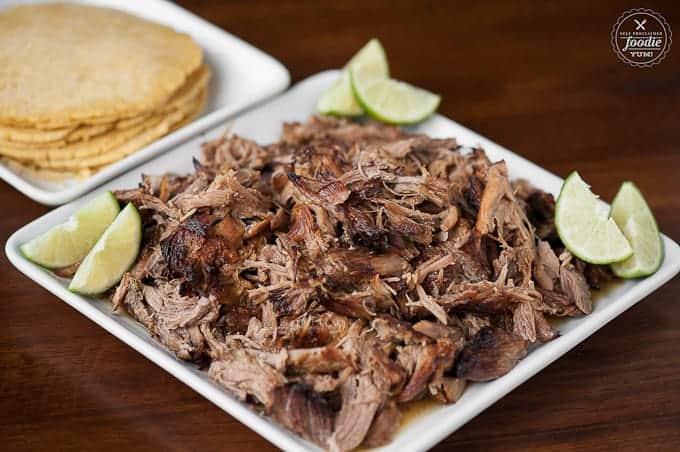 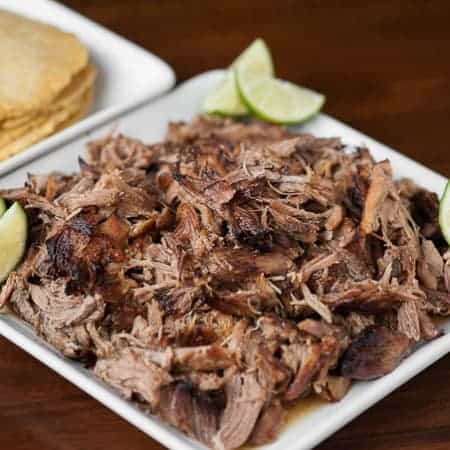