Upside Down Pear Tarts are an impressive looking fall dessert, yet are incredibly easy to make with only a few ingredients. 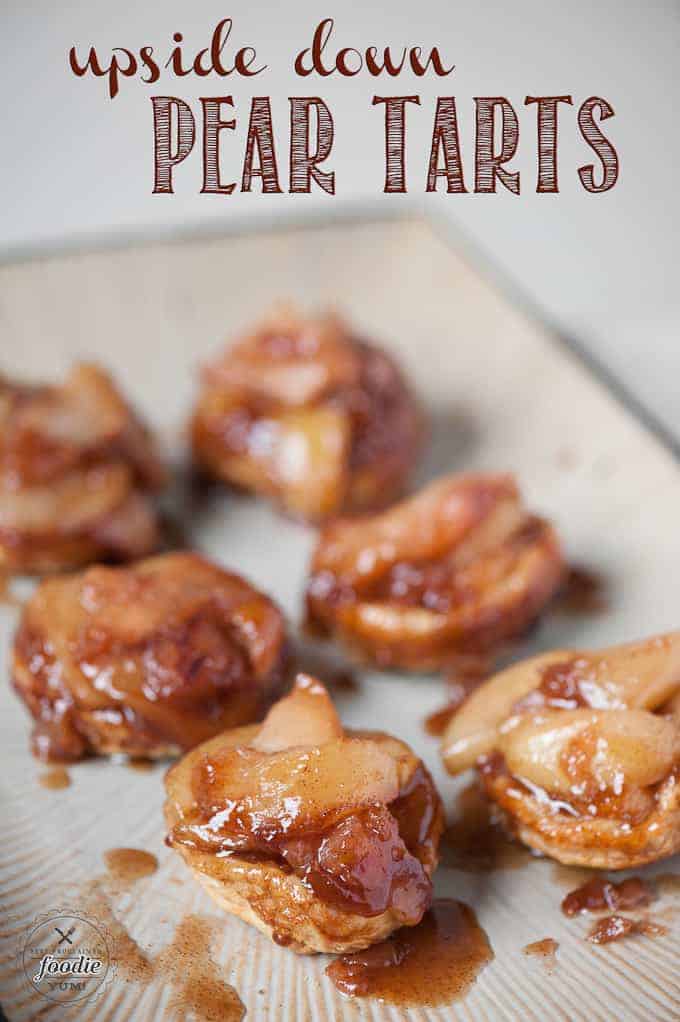 Fall is my absolute favorite time of year for baking. Between the holidays and tailgating with those busy crockpot dinners in between, its a wonder if our family even goes out to eat during the fall. One of my favorite fruits to cook with are pears. I'm not a huge fan of eating them raw. I much prefer a juicy, crisp, and slightly tart apple. But, in my opinion, their gritty texture hold up extremely well when cooking. 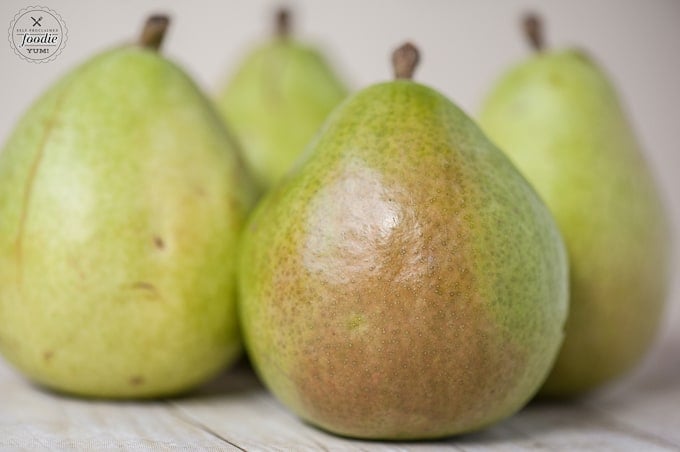 Using frozen puff pastry is one of my favorite kitchen hacks. Some day I'll figure out how to make it from scratch. But for now, I won't tell if you don't tell. I love baking with it, though. All of those golden flaky layers make me happy. 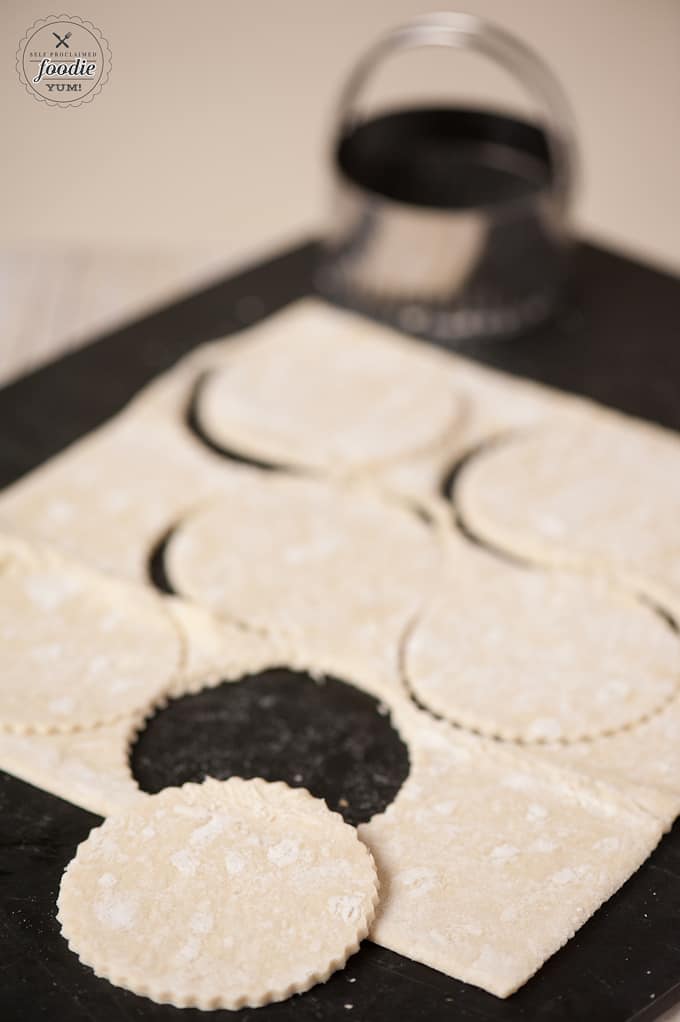 I've made a few different kinds of upside down cakes before - apple and banana. Both times I cooked up the fruit in a sugar and butter mixture and then poured cake batter on top. 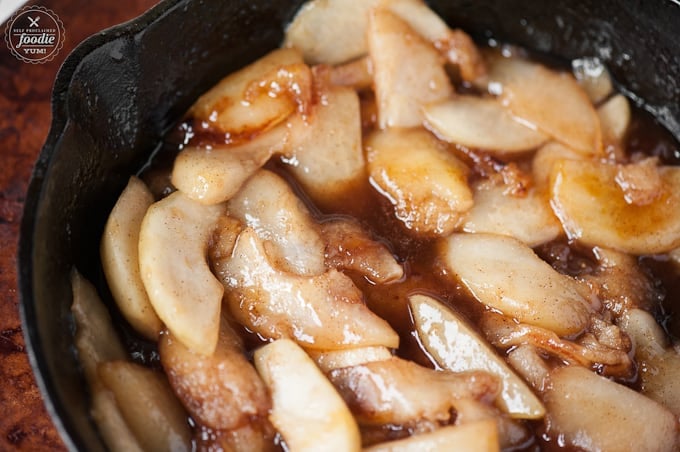 This version was slightly different because I transferred everything to a jumbo muffin tin. 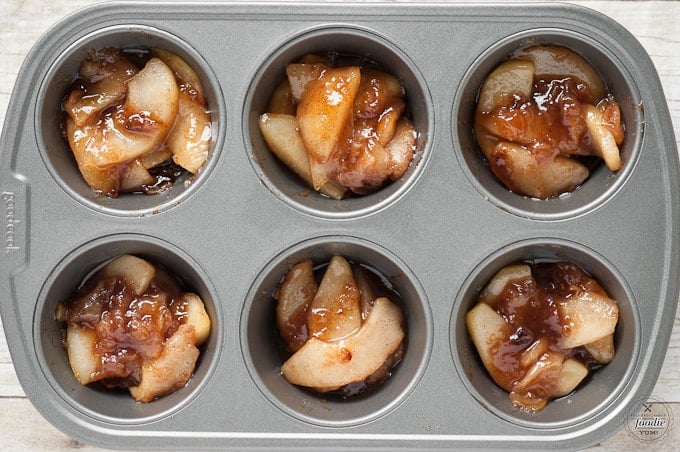 I almost just cut one big round of pastry dough and placed it on the skillet instead of making mini tarts, but I had to stick to my original plan because the goal was to create little individual desserts. 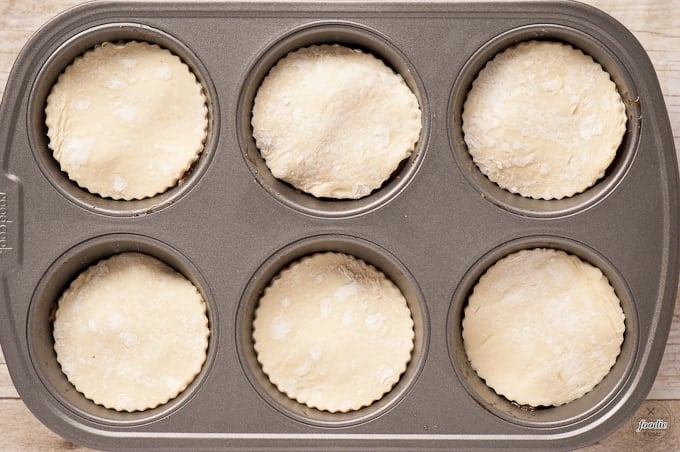 See how easy that was? 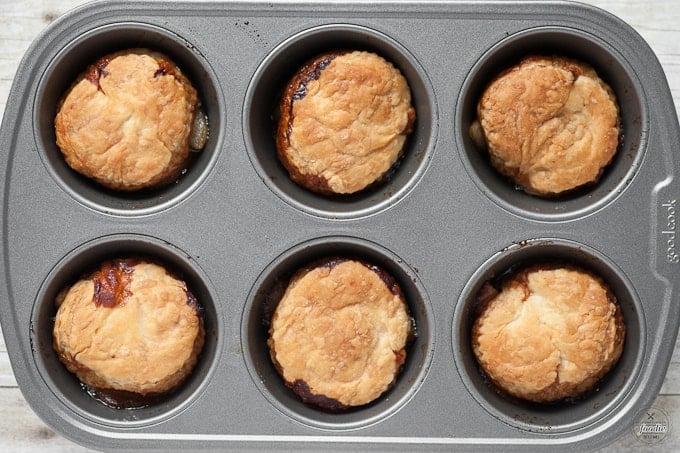 I was a little nervous when it came time to invert them onto the platter. Its been a few years since I'd had an upside down cake disaster, but I'm always prepared for the fact that I might completely mess up and end up with an incredibly sticky dessert on the floor. This particular dessert ended up being super easy to flip out onto the platter. 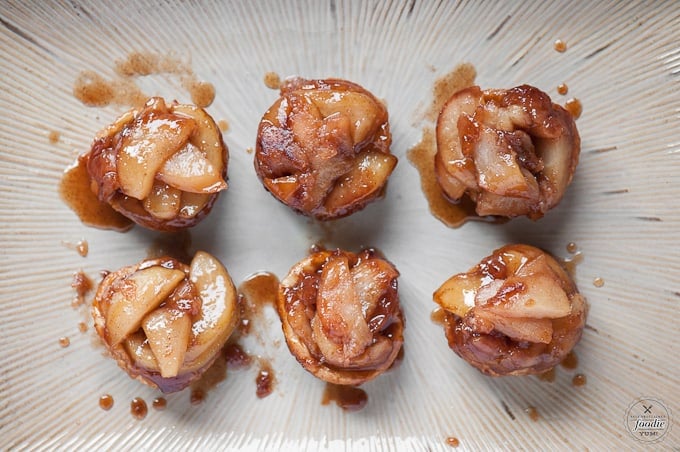 You should have seen my kids when I took these out of the oven. They were circling me like a couple of sharks would with fresh blood in the water. They were so impressed and are such suckers for having their own individual dessert rather than a piece from a big dessert. 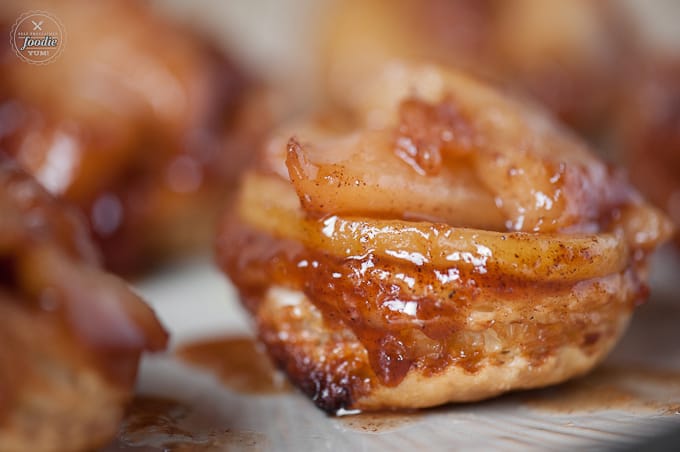 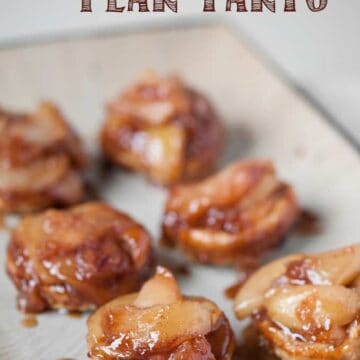 This post first appeared over at Real Housemoms where I used to be a contributor.