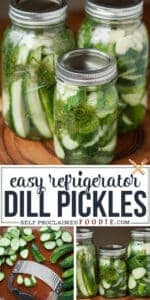 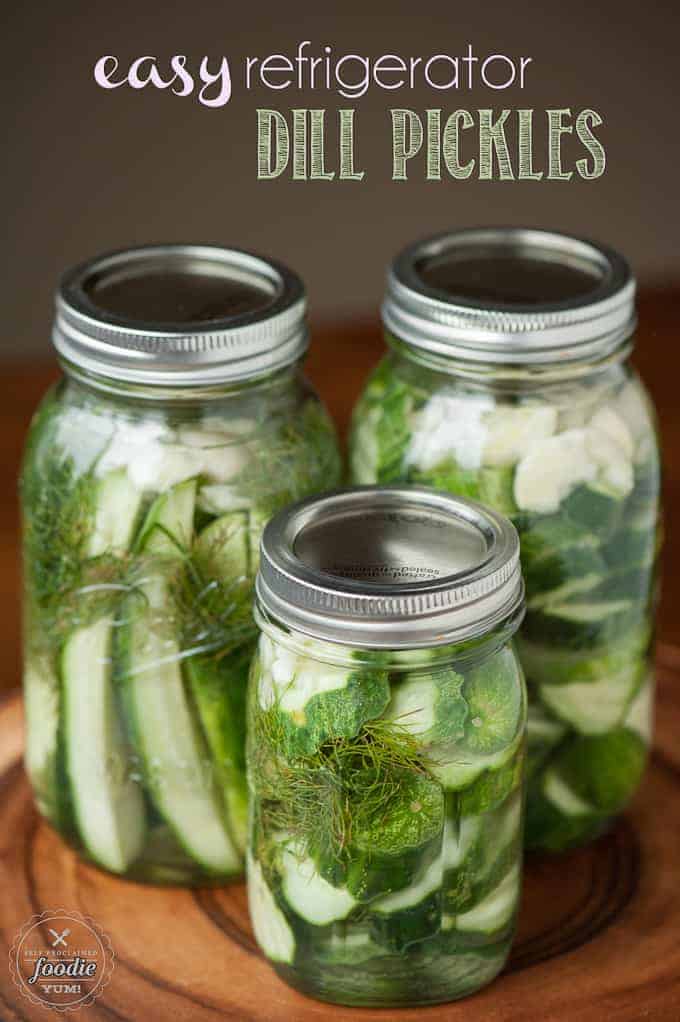 Pin it to your SUMMER RECIPE BOARD to SAVE it for later!

Easy Refrigerator Dill Pickles are seriously the best dill pickle you’ll ever enjoy! How is it that I am, ahem, let’s just say over 30-years-old and I’ve lived in Oregon (i.e. the state that pickles everything) for the past decade and a half, yet this was the first time I made my own homemade dill pickles? What on God’s green earth is wrong with me? Let’s just say that I officially feel like an Oregonian now.

Had I known how simple it was to make refrigerator dill pickles, I would have been doing it long ago. I mean, what’s not to love about a crunchy dill pickle from a fresh cucumber when you’re eating a loaded club sandwich or a stuffed burger. 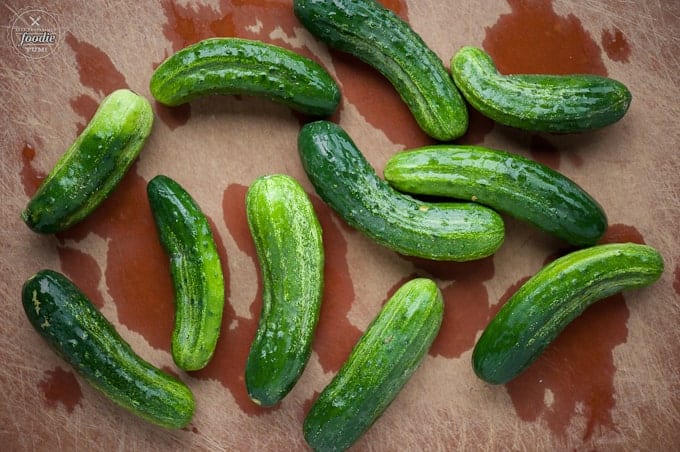 Where can you find pickling cucumbers?

I’ve always found pickling cucumbers at the farmers market. Starting this summer, I decided to grow my own!

Grocery stores will carry them as well, but they are definitely a seasonal item. Some stores might try to convince you that other types of cucumbers are pickling cucumbers, but don’t be fooled. Pickling cucumbers have a very unique look and taste and it should be no surprise that they make the perfect pickles!

There are a few recipes that I make every year and then process in a water bath so that I can store them in the pantry. Namely my Canned Vanilla Bean Peaches and my vanilla bean applesauce. Can you tell I love my vanilla beans?

These are refrigerator pickles, however, which means that you just put everything in a jar, refrigerate, and wait. No canning. No sealing. Easy.

My first experience with dill pickles like these came a couple years ago when I traded some of my canned peaches for refrigerator dill pickles and freshly foraged chanterelle mushrooms with a friend. That was a win-win trade for sure, but I wanted to have a go at it on my own. 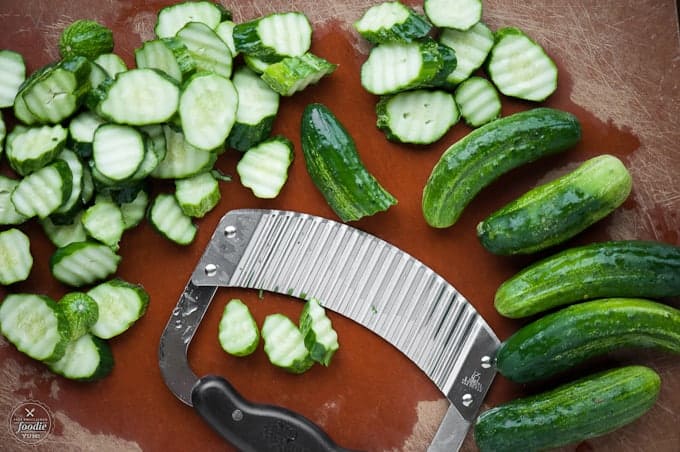 How to make refrigerator dill pickles:

You were waiting for some catch, right? Like I lure you in with the word easy but then when you read the recipe you’re all like “What is she talking about? That’s not easy.”  I wouldn’t steer you wrong, my friends. This is easy. 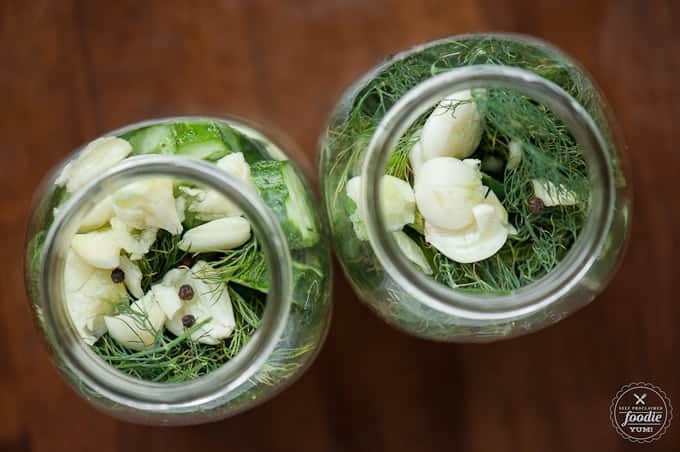 How long can you keep refrigerator pickles? 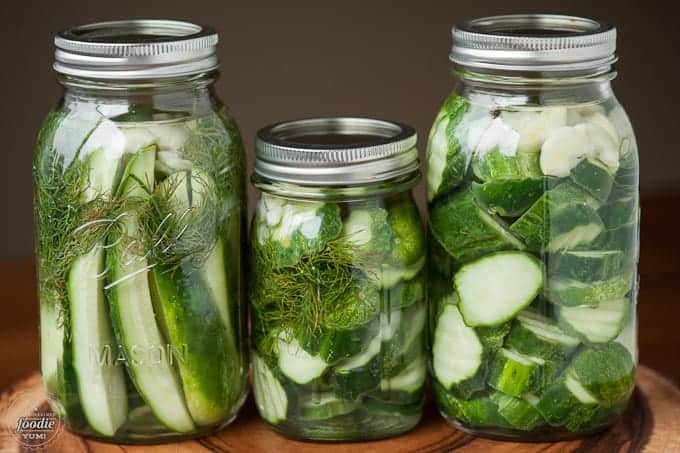 Mason jars – Not much to say about this kitchen staple other than they belong in everyone’s kitchen. You’ll never find me without at least two dozen at the ready!
Flexible Measuring Cups – My sister and I first found these at a cooking class and we thought they were just the best invention. Any time you are measuring and/or pouring liquid, these are simply the best to have on hand. They make a great gift for your favorite cook, too!
Mandoline – This is the best one I’ve ever used. Perfect for fast and accurate slicing! When I photographed this post and made the video, I used a hand slicer, but when I’ve made my refrigerator dill pickle recipe other times, I always break out the mandoline.

Watch the recipe video for my easy refrigerator dill pickles below: 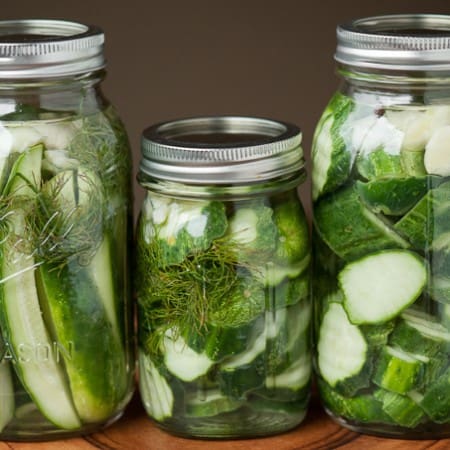 This post was originally created in 2015 and has been updated with more fun facts and tidbits for your reading pleasure.