Grandma's Potato Salad is how I remember potato salad growing up. It has great texture combining creamy and crunchy and is the perfect summer BBQ side dish. 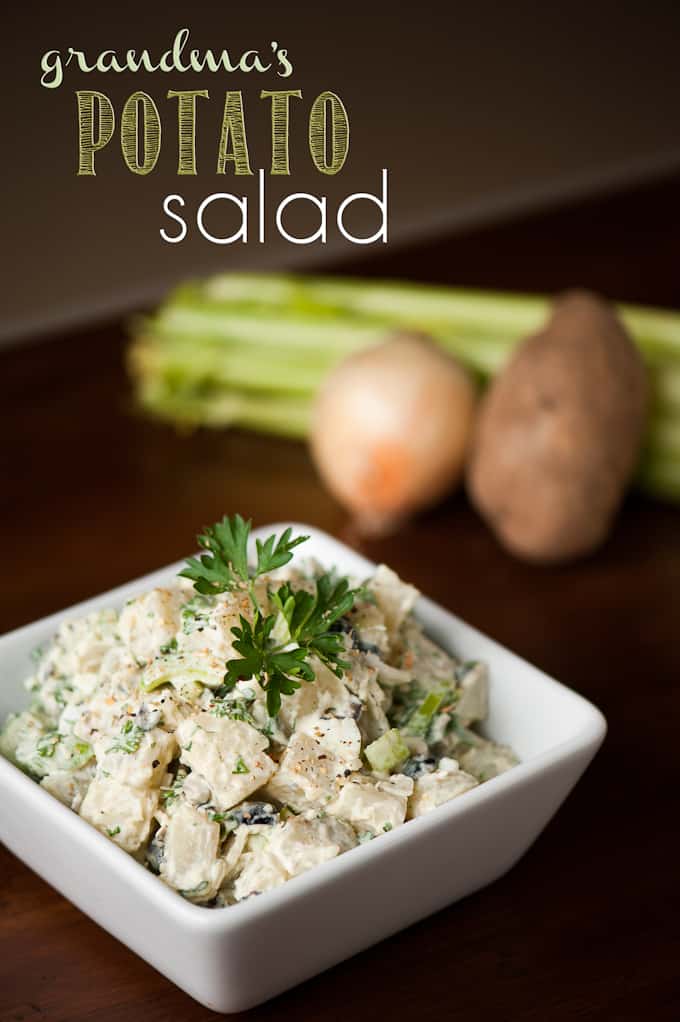 Can you believe this was one of the very first recipes posted on my site? The original publish date was August 1, 2014. I had just started my blog in June of 2014 and built up content privately for the first few months before even sharing my site with the world! I decided to recreate this recipe because:

There are about a million different ways to make potato salad.  What I've always done is to find a base recipe and tweak it based on what I have in my refrigerator and pantry as well as how much work I actually want to put into it.  I only measured my ingredients this time so that I could give you an idea of how much I put in.  The way I really make potato salad, though, when I'm not going to post it on this blog is a scoop of this, a pinch of that, taste, a scoop of something else, a grind of this, stir, taste, and so on.  The one trick I do urge you to follow is to grate the onion.  When I eat potato salad, I am completely turned off when I bite into a large chunk of raw onion and then I offend everyone around me for the rest of the day.  Not fun when you eat at an afternoon barbecue.  That's a long time to walk around with raw onion breath.  By grating the onion, you incorporate that raw onion flavor without having to chew it. 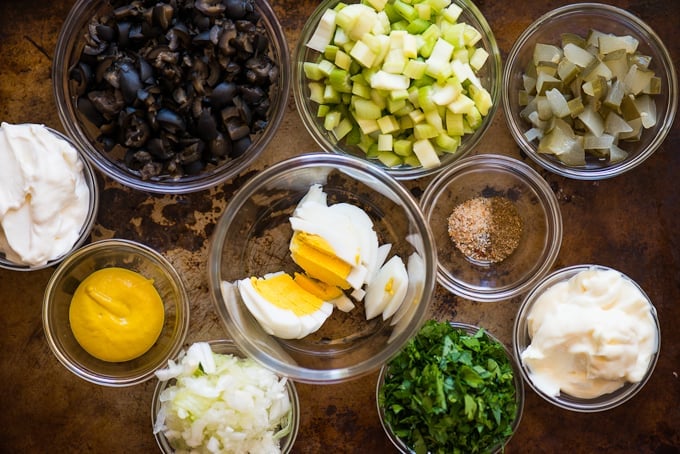 The chopped celery gives you that delicious crunch.  The cornichons are, in my opinion, a great alternative to using something like relish because they, too, give a nice crunch. But unlike celery, their crunch is sweet and tangy.  I may or may not have run out of cornichons in my ingredient photo above in which I may or may not have substituted with dill pickle. I tell you to add a large can of black olives.  My husband and kids LOVE black olives and I'm pretty sure a few were stolen from the time I opened the can to when they got chopped and added to the potato salad.  I used peeled russet potatoes because that's what I had, but I much prefer red potatoes with the skin on. 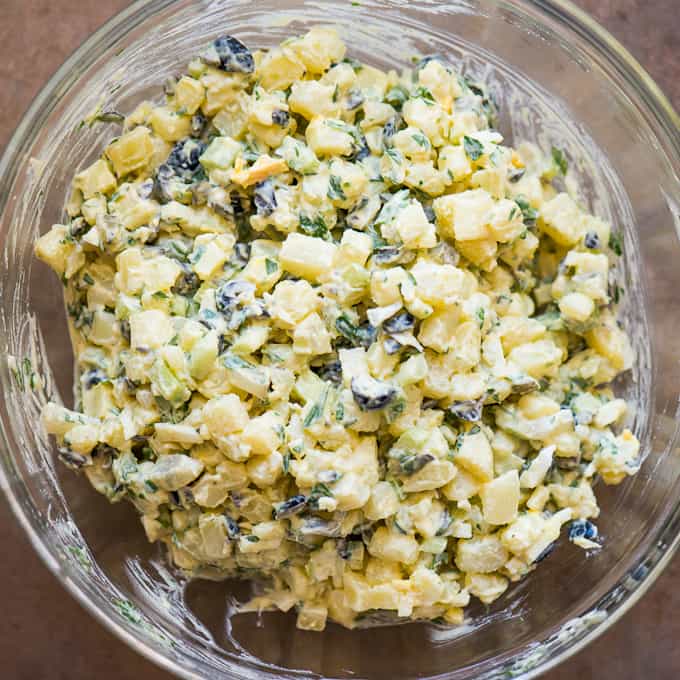 Moral of the story - have fun with your potato salad and feel free to change proportions based on your personal preference.

Watch the recipe video below of me making my Grandma's Potato Salad! 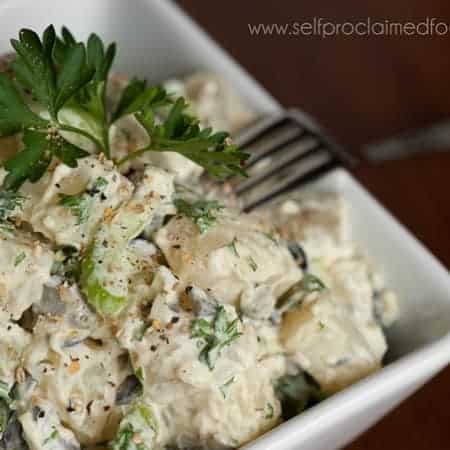 Grandma's Potato Salad is how I remember potato salad growing up. It has great texture combining creamy and crunchy and is the perfect summer BBQ side dish.
0 from 0 votes
Print Pin Rate