This Angel Hair Coleslaw has a creamy light dressing and is the perfect side for your summer barbecue. The secret, though, is how the cabbage is cut. 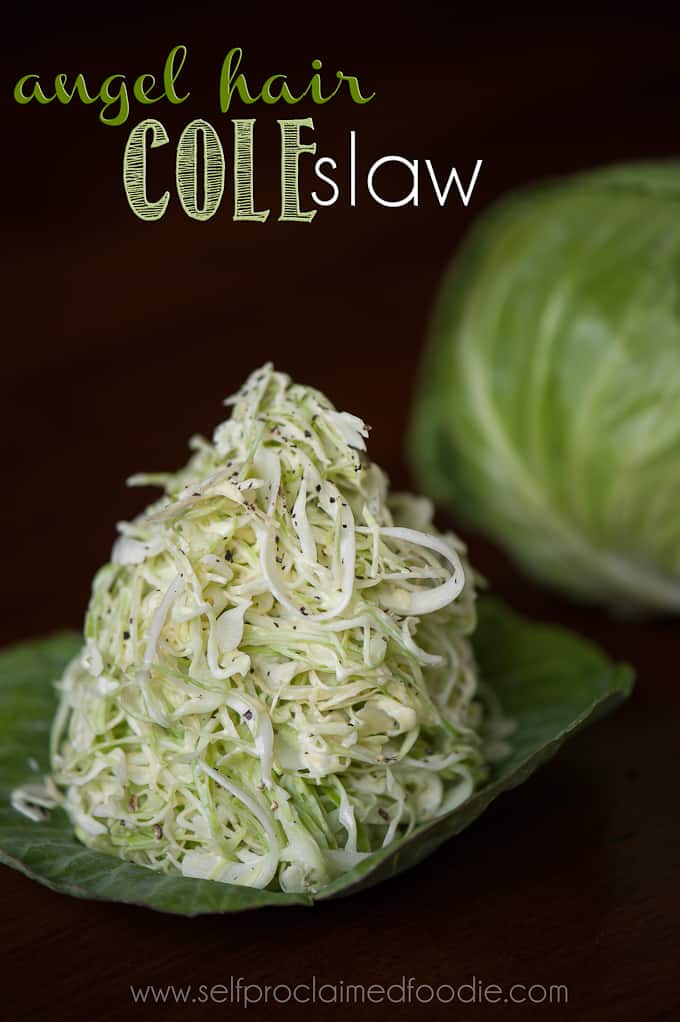 I've made plenty of cole slaw before.  It has been eaten and I'll occasionally hear a "yeah, its not bad".  The only thing I did differently this time compared to the past was that instead of buying dried out prepackaged shredded cabbage, or "thinly" cutting it myself, I threw it on my brand new spiral cutting tool.  I have recently started replacing some of my pasta on spaghetti night with zoodles which is just spiral cut zucchini.  I've been making it with a julienne slicer similar to a peeler and that sucked, so I finally bought a spiral cutter for that reason.  I got a super cheap "as seen on tv" one at Bed Bath and Beyond.  The materials are garbage and its not very sturdy, but man did it make some beautiful long thin strands of cabbage.

Because each piece of cabbage was so thin and delicate, each strand was able to stick to the dressing making each bite really good.  The convert-foodie husband even told me that it was the best cole slaw I had ever made.  Again, nothing different from previous cole slaws other than the way I cut the cabbage.

Cool tip:  I don't list buttermilk in the ingredients, however this is basically a buttermilk dressing.  Did you know that when you combine milk + vinegar or lemon juice and let it sit, it basically turns into buttermilk?  Pretty cool, eh?

I'm especially proud of the photo at the top of this post.  My foodie-in-training daughter suggested putting the cole slaw on the cabbage leaf.  She is so full of good ideas and I was really proud of that one.  As soon as that girl learns to type, I'll have to start paying her to write my posts too! 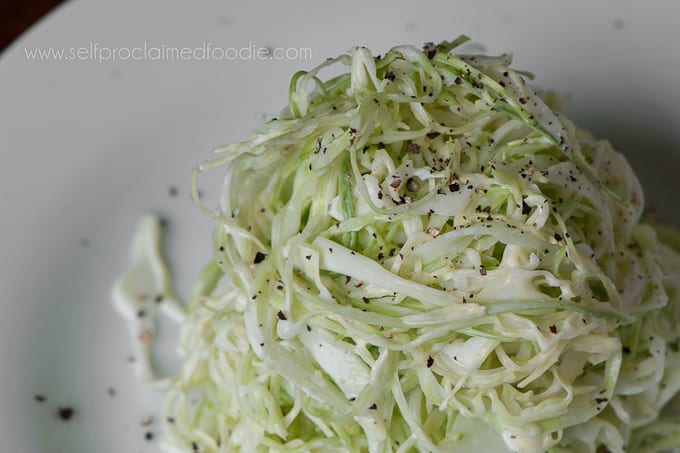 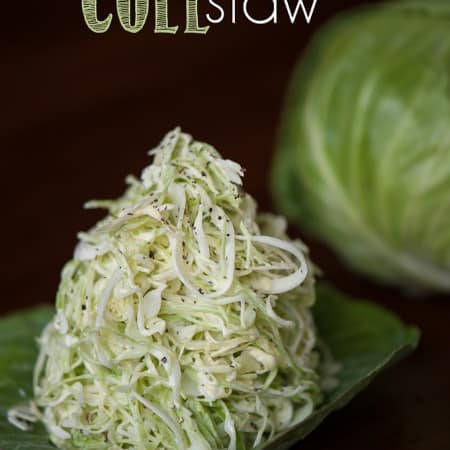 This Angel Hair Coleslaw has a creamy light dressing and is the perfect side for your summer barbecue. The secret, though, is how the cabbage is cut.
4.5 from 2 votes
Print Pin Rate
Course: Salad
Cuisine: American
Prep Time: 5 minutes
Total Time: 5 minutes
Hover to scale: 8
Author: Krissy Allori