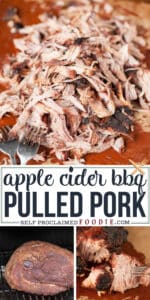 Apple Cider Brined Smoked Pulled Pork is a bone in pork roast that gets soaked in a sweet and salty apple cider brine overnight, covered it in the best dry rub, and smoked to perfection on the grill.

The meat is so tender that it shreds effortlessly and the flavor is unreal! 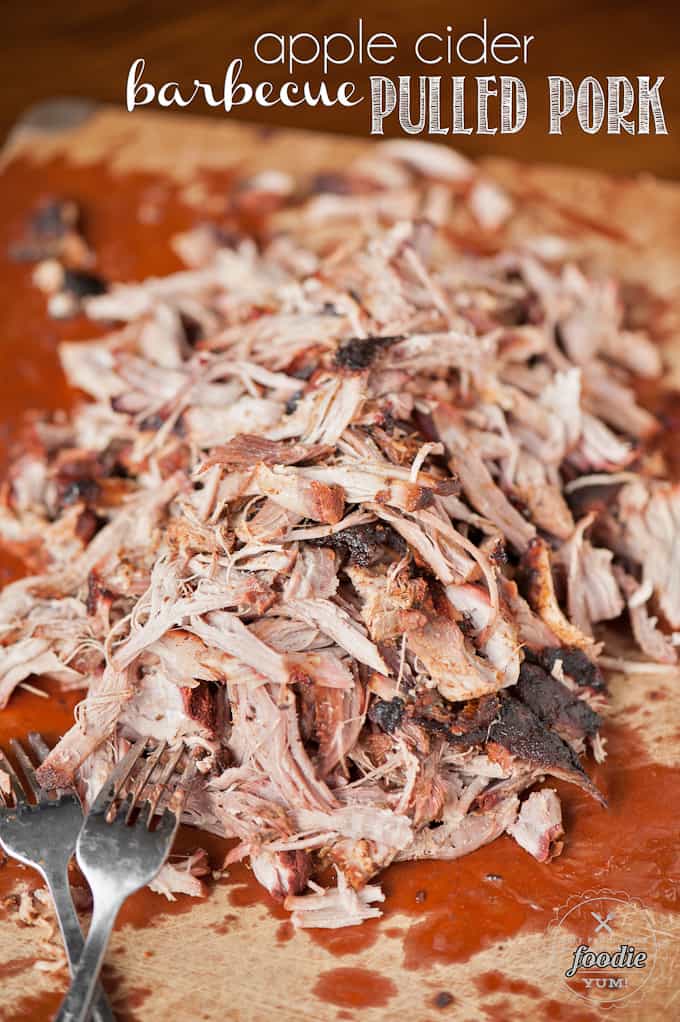 Pin it to your BBQ BOARD to SAVE it for later!

Nothing says summer like some outstanding Apple Cider Brined Smoked Pulled Pork Its so tender from the brine and flavorful from the dry rub & slow cooking.

Pulled pork is the best, wouldn’t you agree? Its so freaking good.

Whether you make it in your crockpot or on your grill, its one of my favorite dinners. I typically like to make my slow cooker pulled pork during the winter months when the weather is crummy.

But come this time of year when the days are longer and warmer – its pretty much a sin to not cook outdoors.

We have a Traeger and I love it. A lot. I use apple wood when I cook pork. But this will work on any grill as long as you can somewhat control the temperature and use a thermometer to know when your meat is done.

How to make smoked pulled pork:

This recipe starts with a bone-in pork roast. We buy a half pig every year from a ranch in Eastern Oregon, so I pretty much always have a pork roast at the ready.

Should I brine a pork shoulder before smoking?

For this recipe, Yes! I’ve broken down the steps

I like to use a large bag when I brine meat because I want every inch of my meat touching the liquid. If you just set it in a pot, you may have to use more brine to fully cover the meat and that’s just a waste. With a bag, you can squeeze out the air and have a perfectly submerged chunk of meat.

I loved using apple cider for this particular roast. Why does pork taste so good with apple?

Can you brine pork too long?

Since you can buy meat that’s brined, I really don’t think you can brine it too long as long as it’s refrigerated.  But who has the refrigerator space to keep a hunk of meat in brine for long periods of time? I think your limiting factor is how long the meat will last. 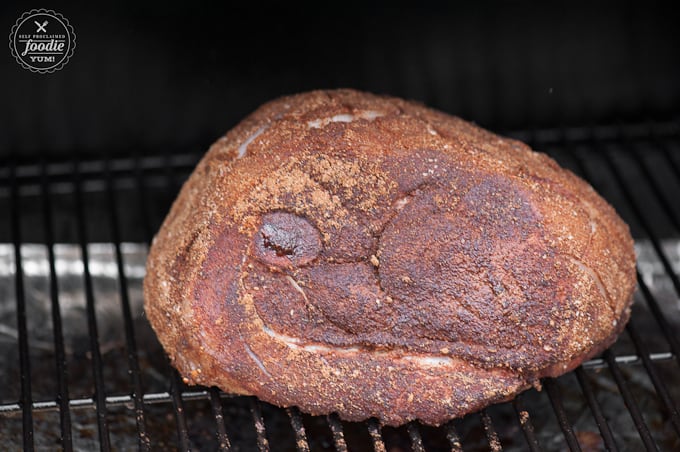 After your roast is done soaking in its overnight bath, you’re gonna want to make up a batch of my one spoon dry rub and cover the entire roast.

If you’ve never made my dry rub, it will change your life. I use it all the time. I make my damn good roast chicken as well as my damn good chicken wings with it, among other things.

When you’re ready to cook your pork, preheat grill to 225 degrees F. If you have a meat injector, take some of the brine and inject it into the roast (I don’t have one so I didn’t do this, but it would have been awesome). Remove the roast from the brine mixture but save it for the cooking process.

How long does it take to smoke a pork shoulder at 225 degrees F?

With all the variables involved in a smoked pulled pork recipe, my best advice is to use a thermometer to know when your meat is done.

So, I *may* have overcooked my pork a wee bit. Hey – it was a beautiful day and my kids wanted extra time at the park. I couldn’t say no!

Well guess what – aside from being a teeny bit drier than I would have liked, it still ended up tasting wonderful. And don’t worry, I put the proper instructions in the recipe below. Trust your thermometer over the clock… always.

Although 145 degrees Fahrenheit is the standard for most pork roasts, when roasting a pork shoulder or pork butt to make pulled pork, it’s also possible to roast/smoke until it reaches an internal temperature of approximately 195 degrees Fahrenheit, which can be more optimal for pulling. 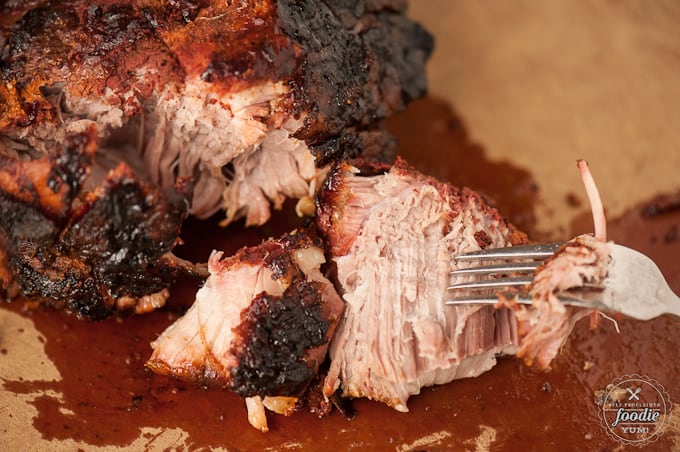 Put your pulled pork on a bun and make up a batch of my Caroline Mustard Barbecue Sauce. Now we’re talking. YUM!!! 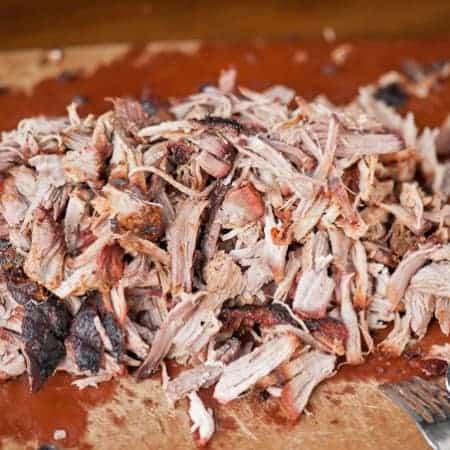 I recommend using a large bag when you brine because you can squeeze out all the air to ensure your roast is completely covered.

This post was originally created in May 2015 and has been updated with more fun facts and tidbits for your reading pleasure.