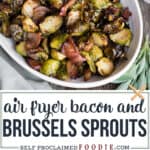 Brussels Sprouts and Bacon in the Air Fryer are the best and easiest way to cook this recipe! Only two ingredients needed to make this classic combination. 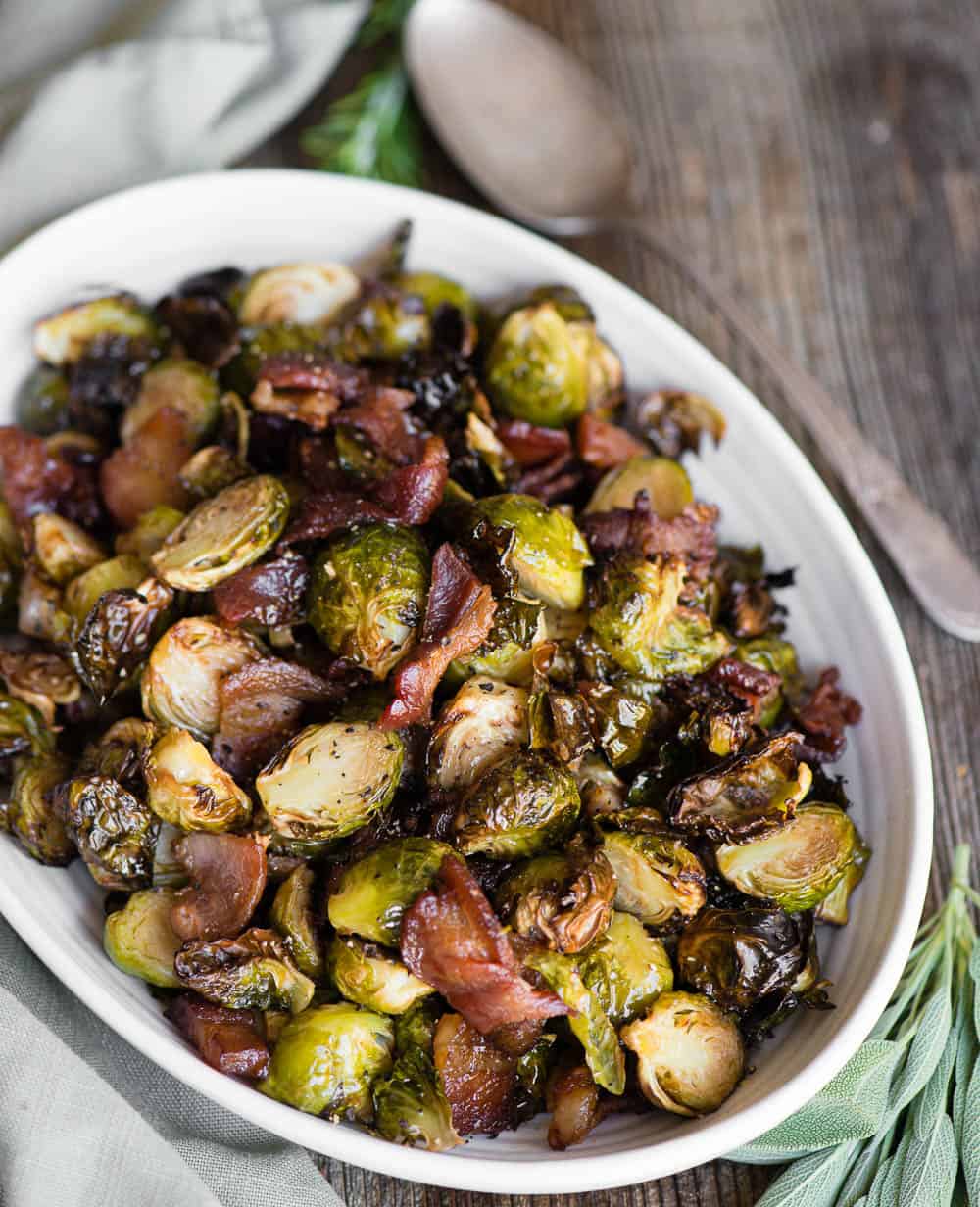 I am new to the air frying world, but have found that there are just certain recipes that work best in the air fryer.

When you use the air fryer, you can often reduce or omit the amount of oil you're using. No additional oil is needed when you make these Brussels Sprouts and Bacon!

I wouldn't blame you if you wanted to just make regular old roasted brussels sprouts, but this air fryer recipe is so darn easy and there's a ton of BACON!

How to make Bacon and Brussels Sprouts

First off, the ingredient list couldn't be easier to remember: 1 pound of bacon and two pounds of brussels sprouts.

I love me some bacon, but I cannot stand bacon where the fat hasn't been properly rendered. A lot of times, when bacon is used in a recipe, everything else cooks faster than the bacon and you're left with semi-raw bacon. Yuck.

Don't worry. I've got you covered. 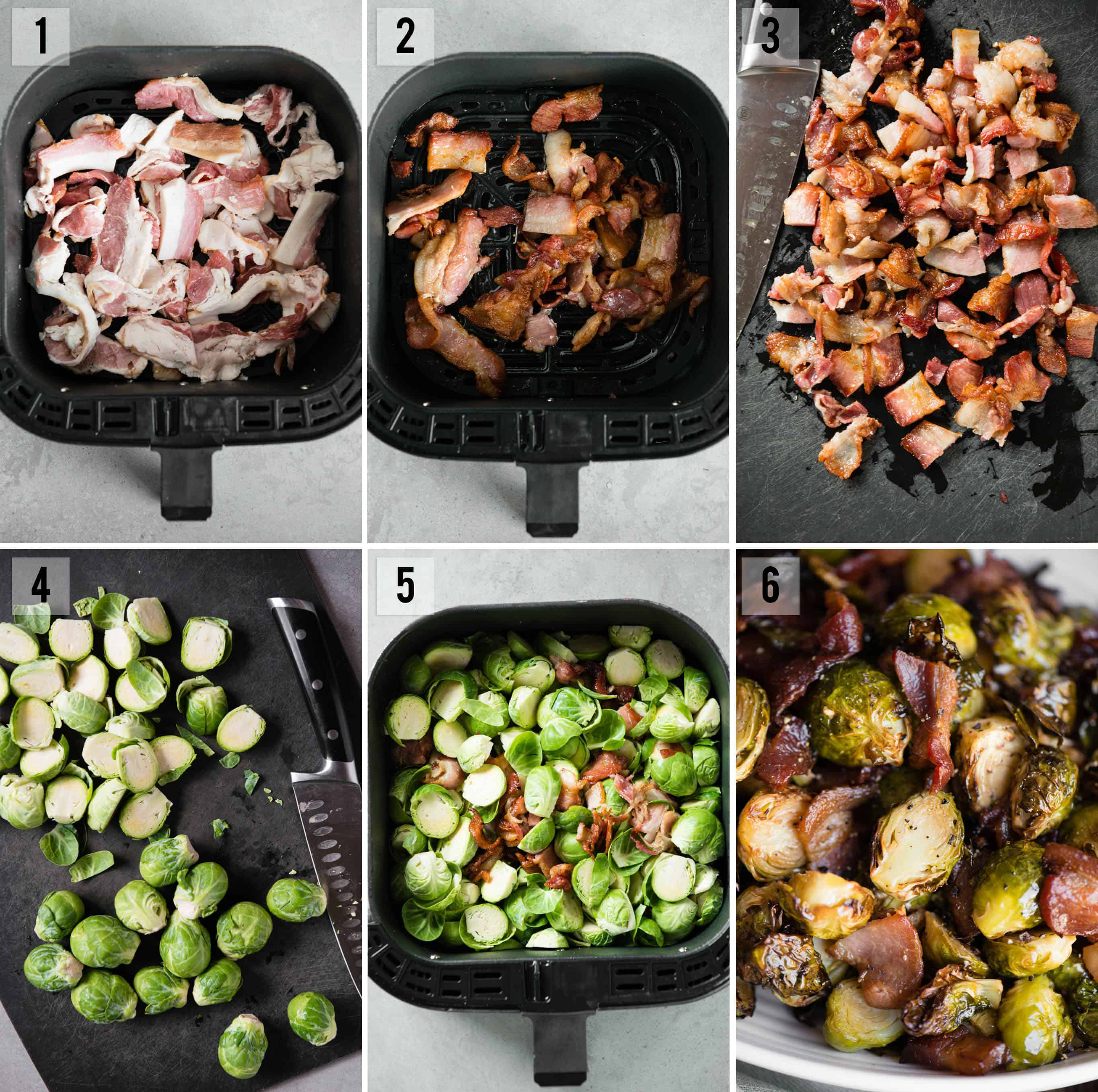 Can these be made ahead?

You can make this recipe for bacon and brussels sprouts at the beginning of the week as part of your meal prep. You can also make them the day before Thanksgiving and then just reheat them on the day of.

How to reheat brussels sprouts and bacon:

Well... I actually think the best way is to throw them back in the air fryer. This will not only heat them up but will make them extra crispy.

I don't advise reheating them in the microwave as they will be softer and less crispy, however it doesn't change the taste. Plus, it's not always easy to bring the good ol' air fryer into work when there's a microwave readily available.

You can also spread them on a baking sheet and reheat in a 400 degree F oven for a few minutes. 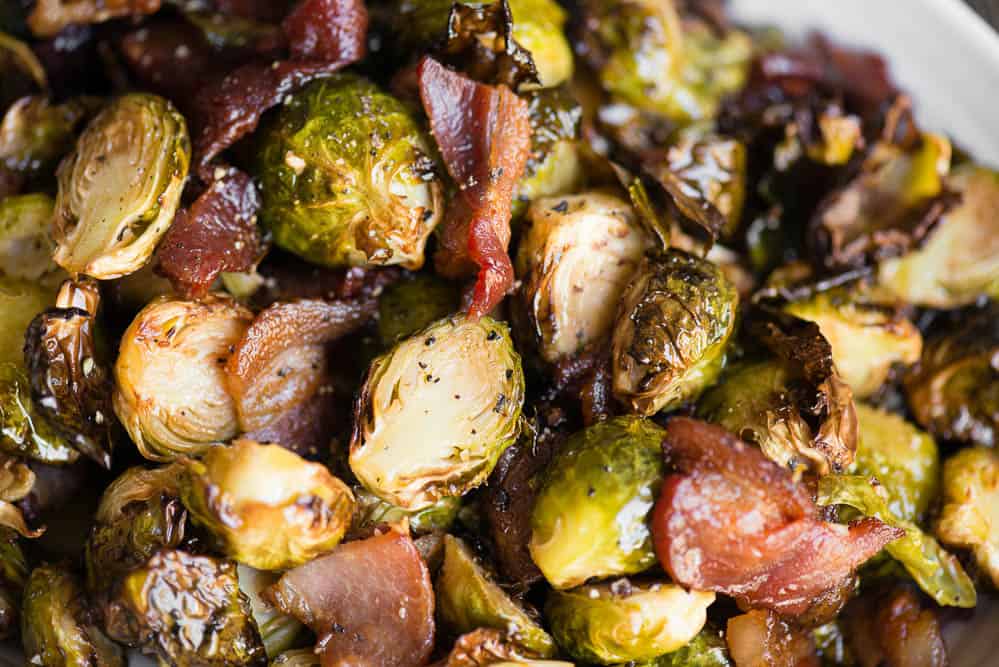 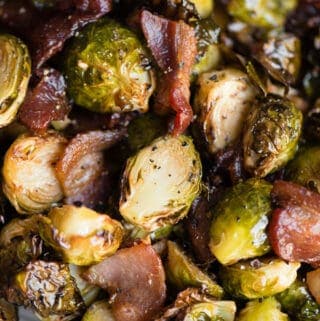