This recipe teaches you how to make homemade ice cream the classic way with an egg yolk based custard. The result is the most delicious coconut ice cream you’ve ever had! 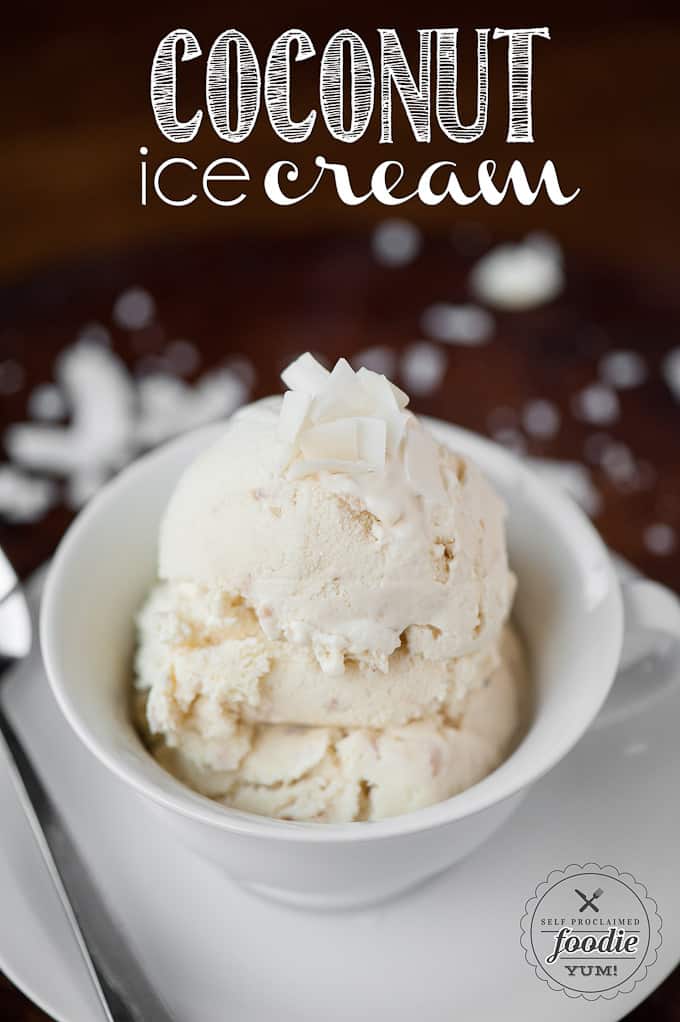 Why this recipe is so good:

If you look online for a coconut ice cream recipe, it’s really hard to find a real ice cream recipe. They’re all vegan or paleo. I’m all for that and have even made a vegan and paleo recipe from time to time, but I wanted ice cream. You know, the real stuff made with sugar, heavy cream, and egg yolks.

So I had to get creative.

There’s a secret to getting super soft and creamy homemade ice cream.

At first, my husband didn’t like this coconut ice cream. Wanna know why?

He scooped it fresh out of the freezer and dug in.

You can do that with store bought ice creams, but in my opinion, homemade ice creams need a good 10-15 minutes to sit on the counter and soften before serving. Trust me on this one. Its worth the wait. 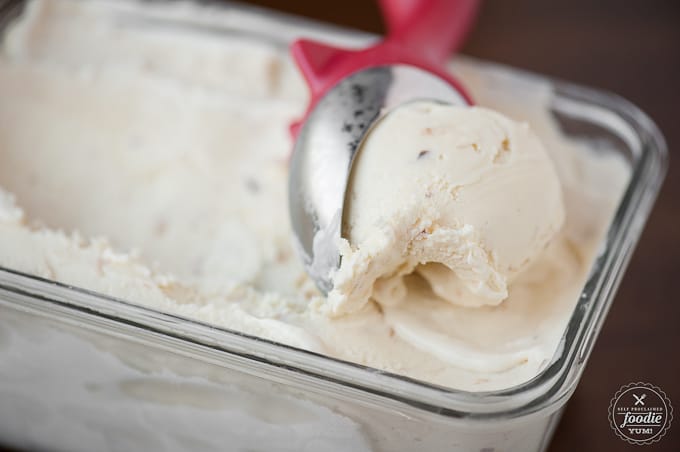 Here are some of my favorite recipes:

Ice cream maker – I have this one, however I’m in the market for a new one. If I find something better, I’ll come back and update my post!

Every cook needs a good whisk, and you can’t make a custard based ice cream without one.

Since this recipe requires heating on the stove, you’ll need a good sauce pan to cook the base. 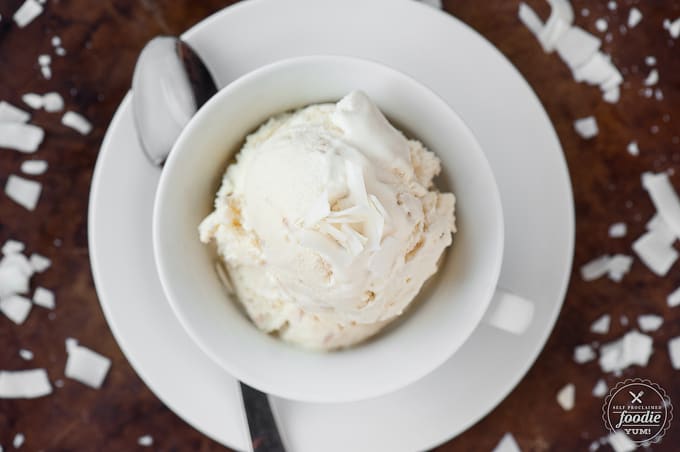 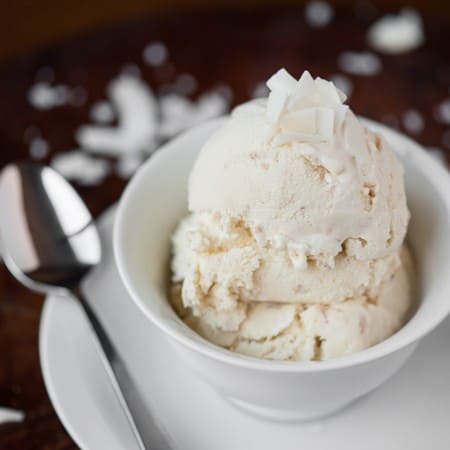 This post was originally created in March 2015 and has been updated with more fun facts and tidbits for your reading pleasure.