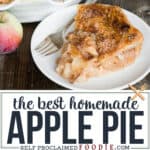 Even though nothing really beats a traditional apple pie, I'll never turn down some Dutch Apple Pie or Apple Brown Betty. Especially if a scoop of vanilla ice cream is involved! 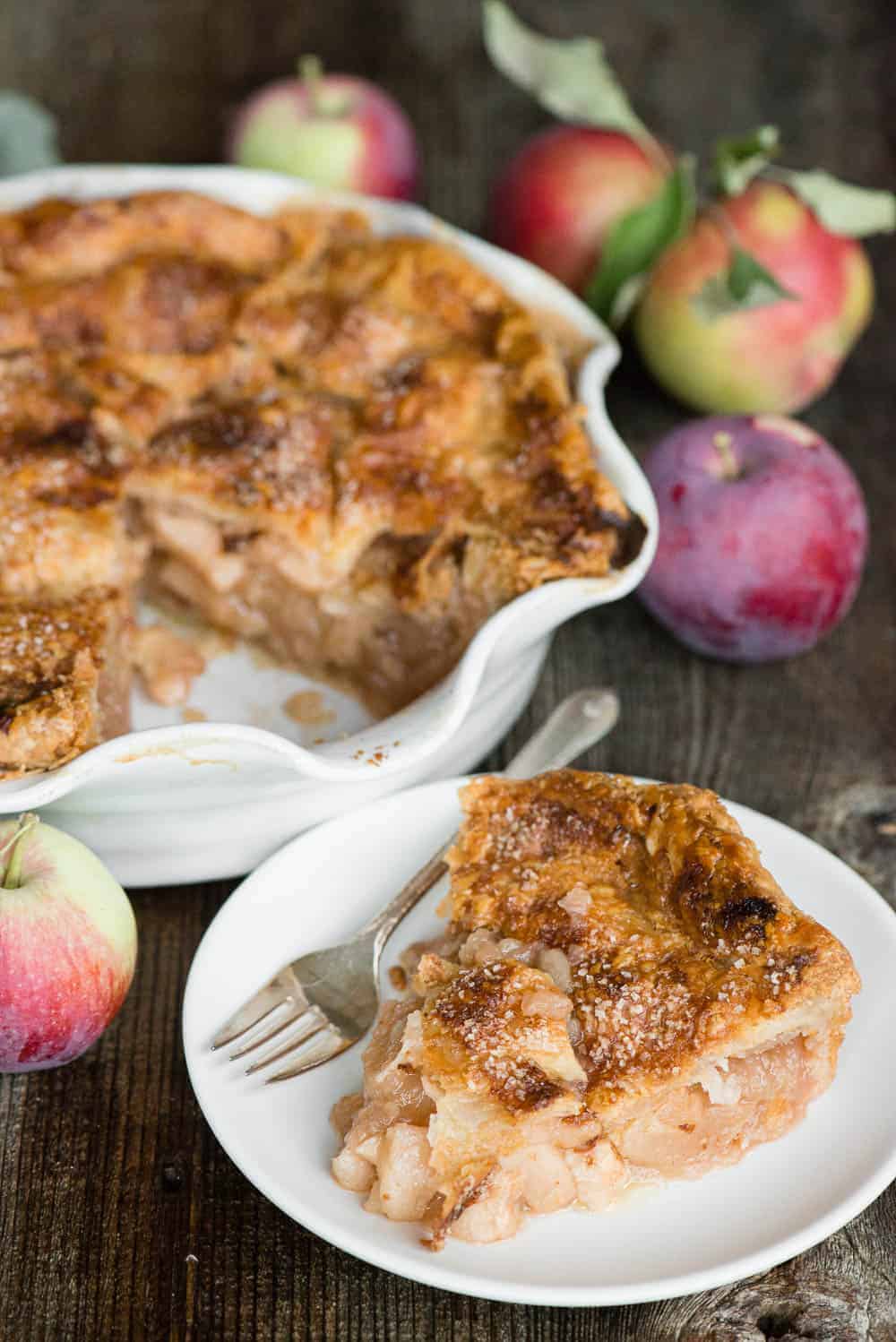 But if you're looking for an old fashioned homemade apple pie recipe from scratch, this is the recipe you want to use. I've been making this recipe since I was a kid and it is my absolute favorite.

The best pies start with the best crust. Same is true for apple pie.

I've used store bought pie crust plenty of times. If you're in a hurry, it certainly does the trick. But in no way, in my opinion, does it compare to a flaky homemade pie crust made with butter.

Some people swear by using crisco or lard to make their crusts. I admit those two processed fats make the crust easier to work with and manipulate.

But if you're going for taste and texture, you can't beat my pie crust recipe. I also use a secret ingredient that you may have never thought to use that yields the most perfect results.

I don't know about you, but I hate canned store bought apple pie filling. I just looked at the ingredients found in most cans of apple filling and they include apples, sugar, water, corn starch, spices, natural flavoring (whatever that means), and various kinds of acid for freshness.

To me, canned apple pie filling is bland and a bit nauseating. I also don't like the gel that holds it all together.

I much prefer my apple pie filling to come from fresh apples with a rich sauce that thickens as it cooks. I'm pretty confident you'll love the apple filling that goes into this pie. 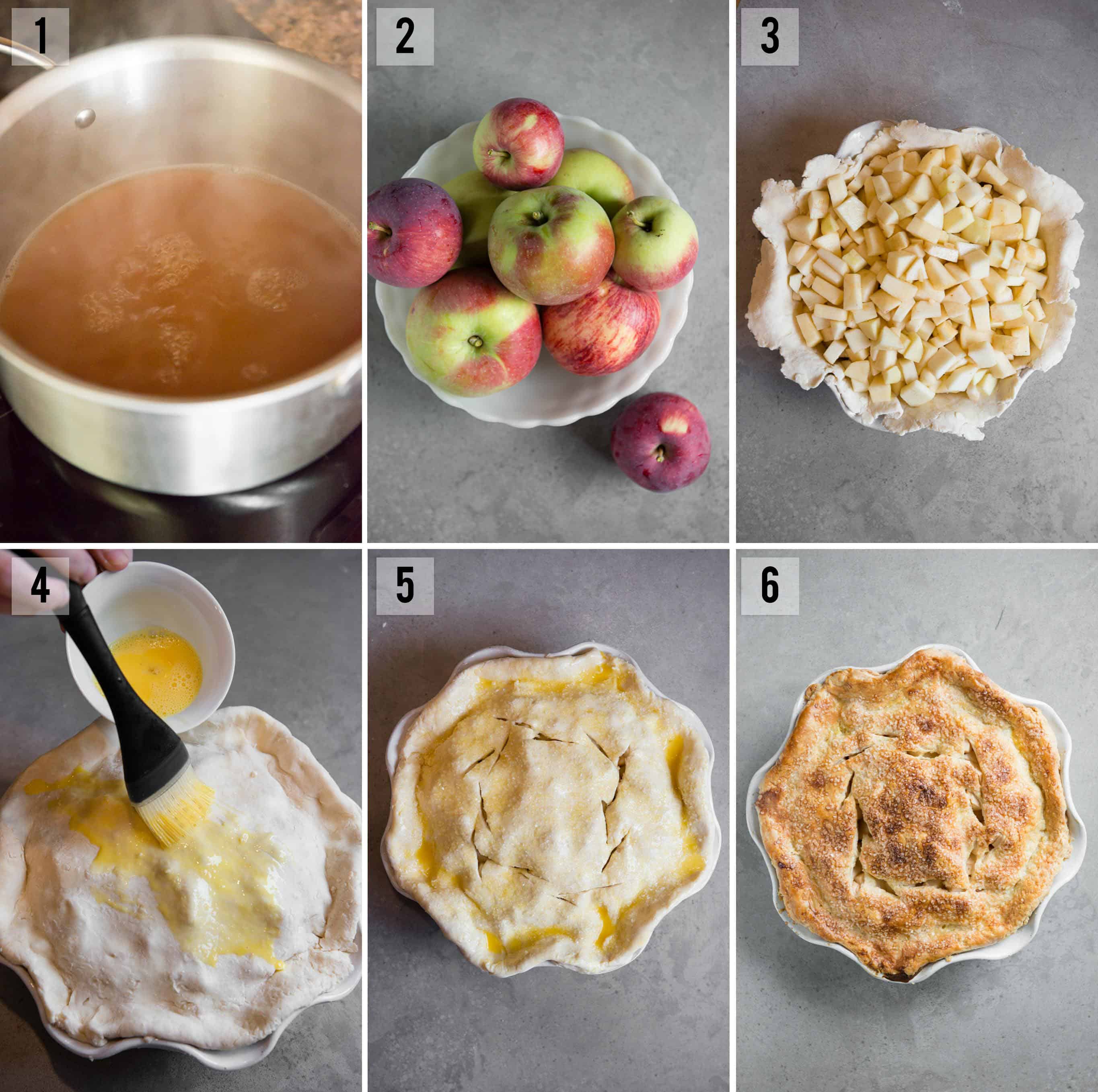 How to make homemade apple pie:

I think you have two options when choosing apples for this pie recipe: a) tart with low moisture or b) a variety of tartness, texture, and juice content.

Option 1: Granny Smith Apples. They are very tart and don't have as much moisture as most other apples. The tartness compliments the cider reduction as well as the added sugar nicely. Because they don't release as much moisture when cooking, you'll most likely get a nice, thick pie filling that can be easily served. The only draw back is that only using one type of apple will give a very consistent taste.

Option 2: A variety of apples. This is my preferred method, especially when a friend just gives me a ton of different apples from their orchard. I love the variability in taste and texture. The only issue is that you will most likely have to cook your pie longer to ensure the filling isn't too wet. More on that below. 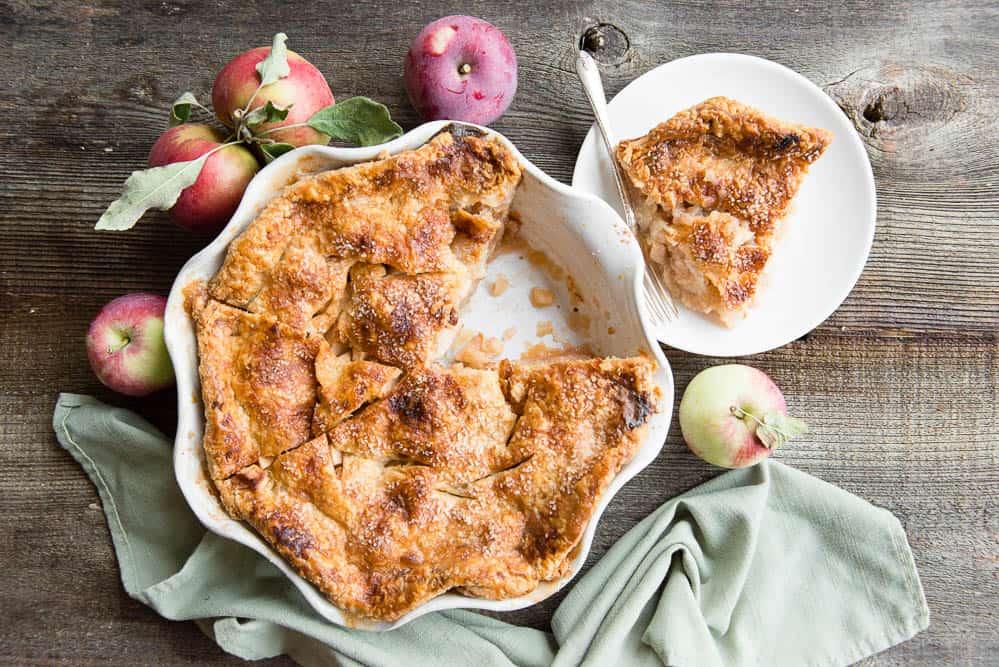 It might seem complicated, but this homemade apple pie is really simple to make. Just keep these tips in mind: 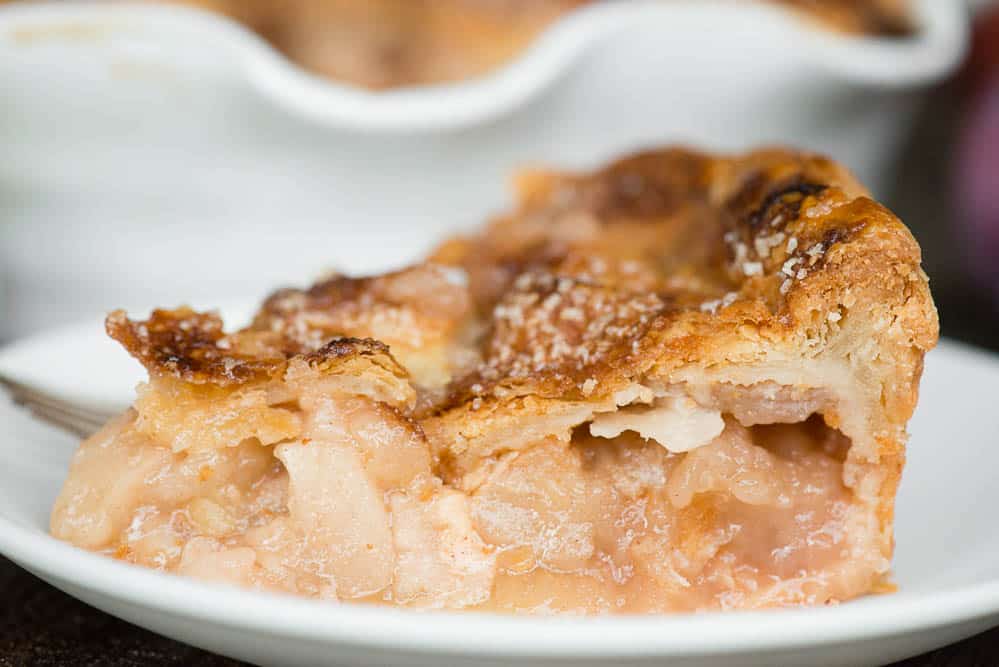 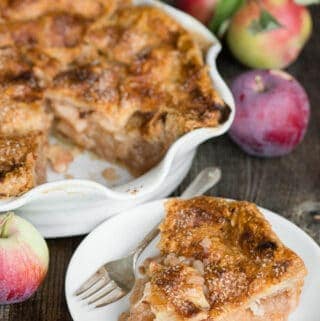 To prepare the crusts:

To prepare the apple pie filling: