Red Velvet {Beet} Cinnamon Rolls are a super soft and naturally dark pink breakfast pastry that are perfect for a Valentine's Day breakfast.

If you didn't already know, roasted beets can add a natural deep red color as well as a great sweet flavor. They also work fantastic in my Beet Brownies! 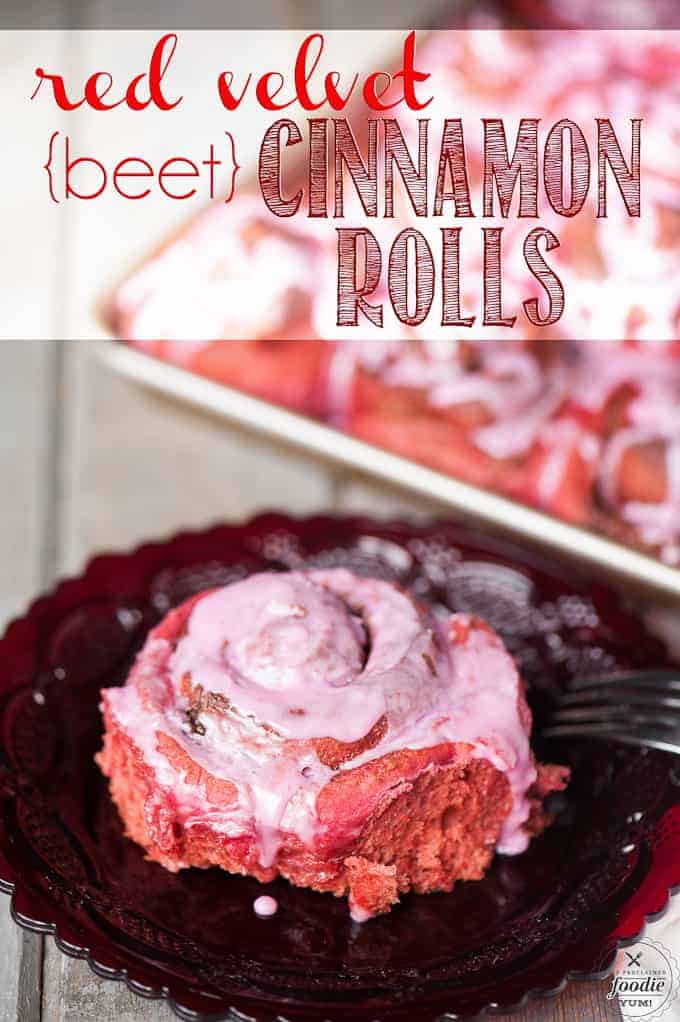 If you know me, you know I love my beets.  I had never tried a beet until I was a full fledged adult. I hadn't even tried them pickled.

Beets, like many other vegetables were simply foreign to me. I grew up in a world of canned and frozen veggies. I'm sure I would never have even been willing to try one when I was younger.

Fortunately, once I finally started eating beets, I immediately loved them. My kids do too, which has opened up a whole new world for us. 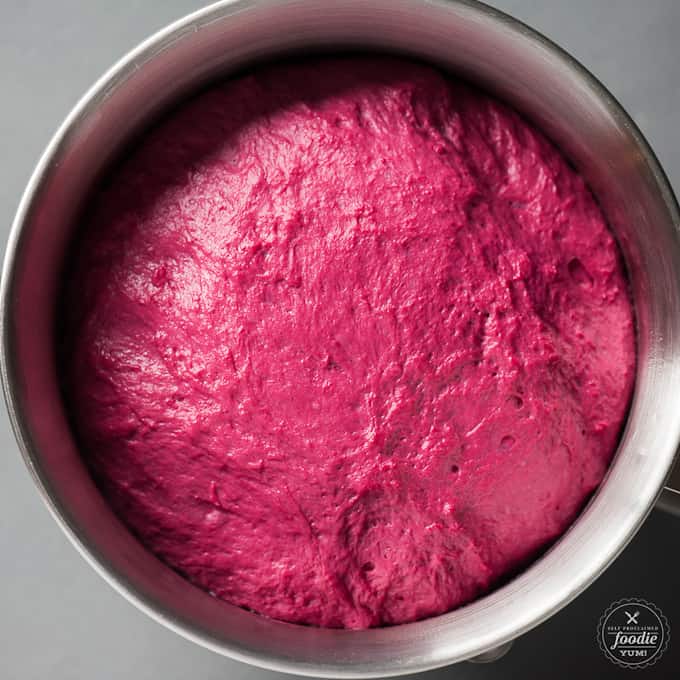 Look at that glorious color!

I've used beets plenty in salads like my Raw Citrus Beet Salad or my Shredded Beet and Kale Salad. I will also add them to my Fresh Pressed Juice and savory dishes like Roasted Garlic Beet Hummus, but I also love to use them in baked goods.

Much like cooking with pumpkin, zucchini, or carrot, beets add the most velvety and moist texture. Their earthy taste pairs especially well with chocolate too.

I even used beets in the icing because, after all, you can't have pink cinnamon rolls without pink icing. 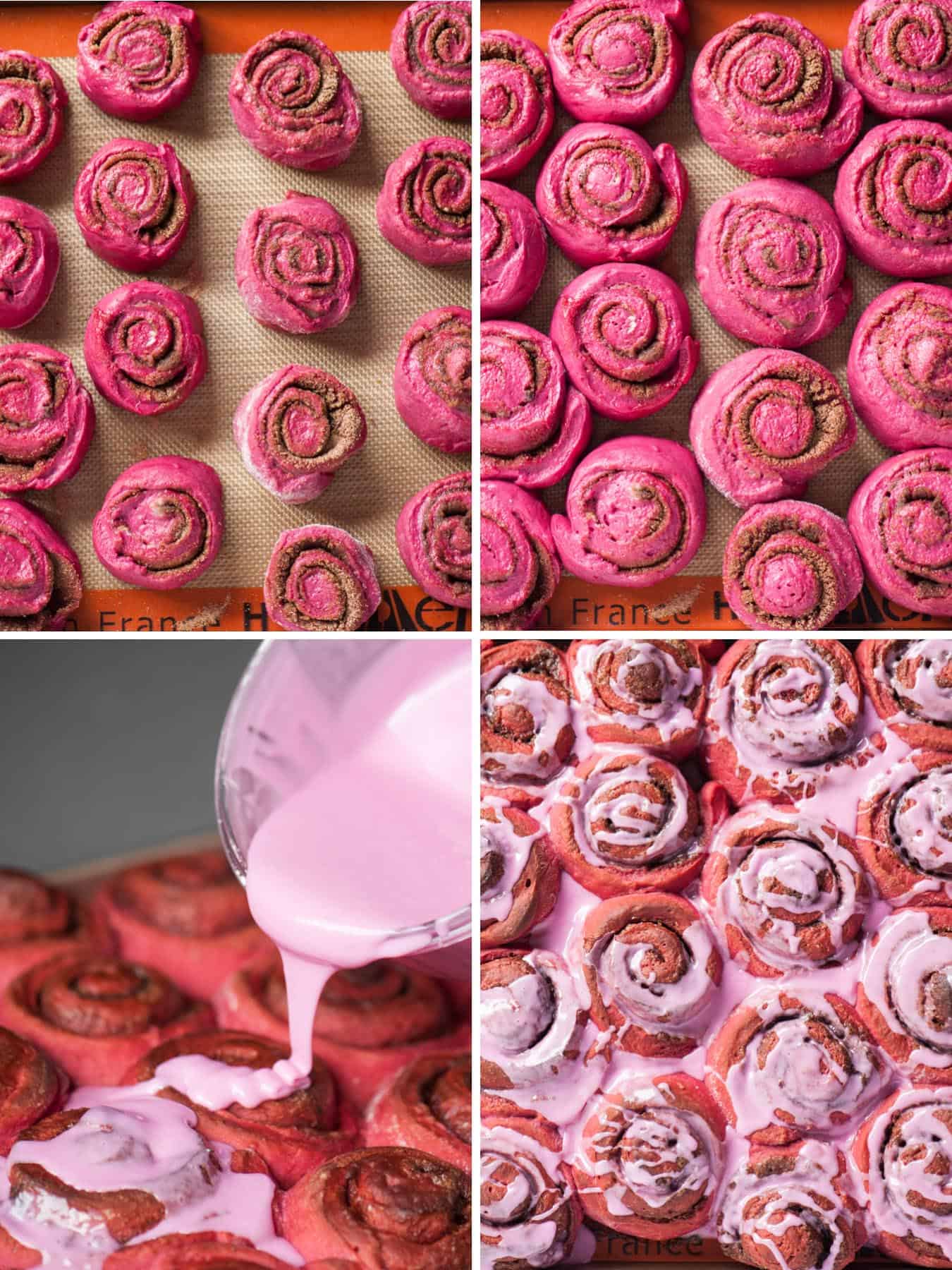 What you need to know before baking:

Everyone loves a good red velvet recipes, but to get a deep red color, you often need to put an abundant amount of artificial dye in your food. I try to avoid that at all costs. If you need anything to turn red, beets are your answer.

In addition to natural color, you get to enjoy all of the super food properties from the beets too. I call that a win-win situation.

Nothing to worry about!

I was a little worried these cinnamon rolls wouldn't turn out. I basically had to guess at the total amount of flour to add and based my decision purely on how sticky the dough was as I was kneading it.

Then, I was worried when I checked on it after about a half hour had passed into the rising time and it hadn't grown much, but it really took off after that and quickly doubled in size.

By the time I rolled it out, I knew they would be wonderful. The dough, by that point, was so luxuriously soft and the color just couldn't be beat.  Get it? Beat? Beet?  Funny. 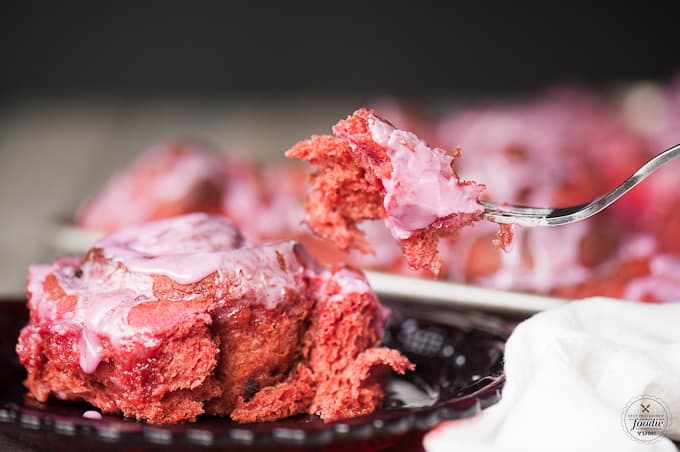 Old fashioned cinnamon rolls are definitely a labor of love due to the amount of time and patience they take, but they are so worth it!

This post was originally published in January 2017 and has been updated for your reading pleasure.