This Banana Bread Pudding with Rum Sauce is a rich and decadent dessert that not only tastes good, but it looks impressive and is simple to make. 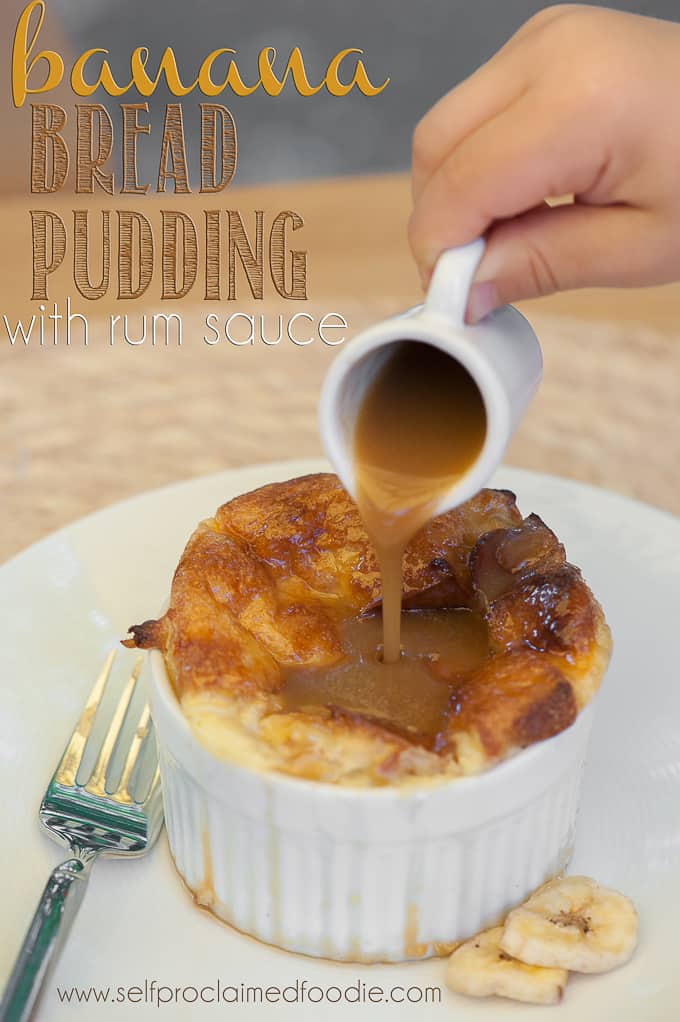 Who doesn't love bread pudding?  Seriously.  I want to know who.  If you aren't sure if you like bread pudding because you've never had it, start with this recipe and you'll be hooked.  I made this (pretty darn delicious, if I do say so myself) bread pudding when I was visiting my sister.  When I got to her house for my week long visit, I asked: "what kind of things do you want me to cook this week?"  She promptly replied: "ratatouille with goat cheese polenta, bacon wrapped dates, and bread pudding."  She asked and I delivered, just not all in the same night.  I did do something, however, that I don't recommend.  I made both the bacon wrapped dates and the bread pudding in the same morning and ate way too much of both.  Yeah.  You should be smarter and healthier than me.  Or don't.  You only live once, right? 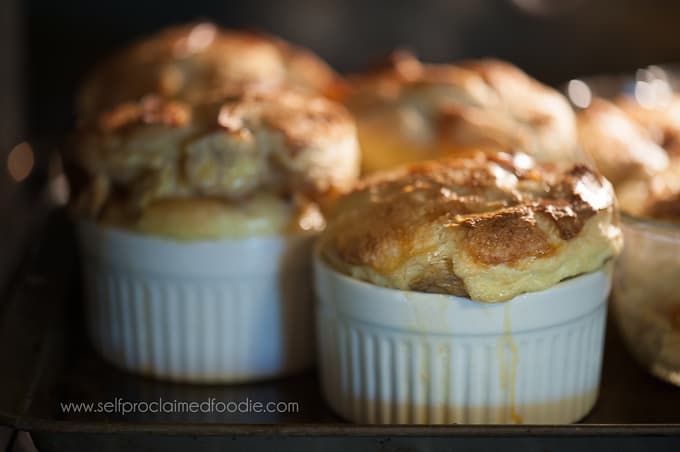 Just look at how these beauties puff up while they're cooking.  As with anything made with a lot of eggs, they deflate once they come out of the hot oven, but only a little bit.  And to be honest, you need them to deflate a bit so you can have a nice well to pour that glorious caramel spiced rum sauce all over everything.  See that cute little hand pouring that sauce ?  That's my awesome foodie-in-training son, not even in kindergarten yet, but a freakin' pro when it comes to pouring sauces or holding bites of food steady for the camera.  He's my assistant and I pay him in food. 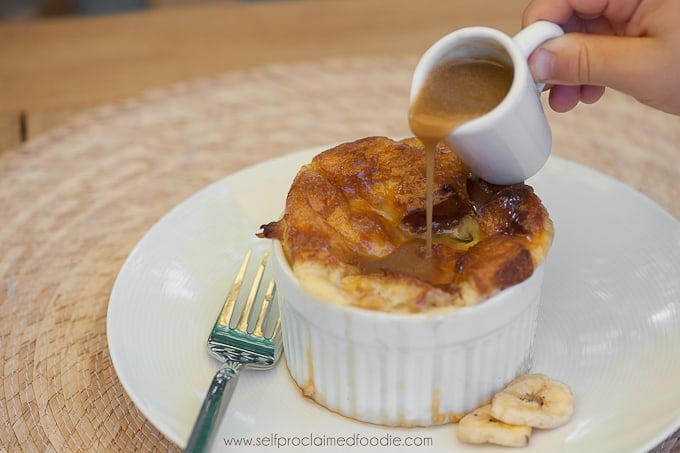 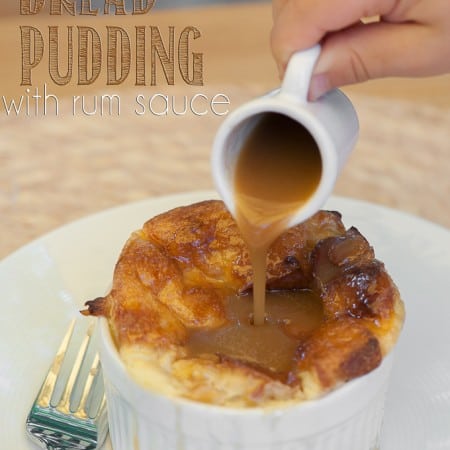 This Banana Bread Pudding with Rum Sauce is a rich and decadent dessert that not only tastes good, but it looks impressive and is simple to make.
5 from 2 votes
Print Pin Rate
Course: Dessert
Cuisine: American
Prep Time: 20 minutes
Cook Time: 45 minutes
Hover to scale: 6 servings
Author: Krissy Allori

To make the banana bread pudding:

To make the rum sauce:

I cooked the rum sauce in the same pan I cooked the bananas in. Less dishes and extra banana flavor!