Transform a beef roast along with some sauteed peppers and onions and provolone into these tasty Philly Cheesesteak Sliders. 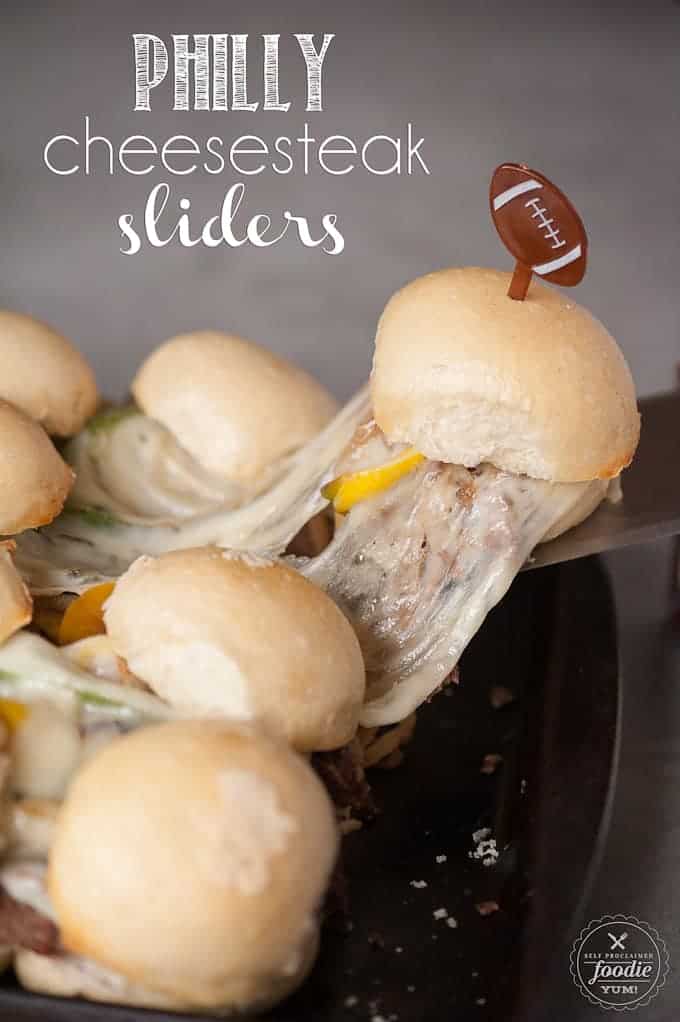 This recipe starts with a rump roast that is a relatively inexpensive cut of meat. You can cook it in the Instant Pot or in a Crockpot.

The cooking liquid from the roast is reduced down to make a rich dipping juice, much like a French Dip Sandwich.

Because this recipe makes 16 servings, it works fantastic for parties and potlucks.

Why I chose Rump Roast:

Whether you decide to cook the rump roast in a pressure cooker like and Instant Pot or in your slow cooker, you end up with very tender pieces of meat and a flavorful au jus.

Now, I really like using a rump roast because its very lean. Because you slice it very thin and it's served with melted cheese and sauteed peppers and onions, it's nice to not have to worry about biting into a big piece of fat.

The problem with lean meat is that it can taste dry, even when cooked in liquid. That is why I have absolutely no problem using butter for the veggies as well as on the buns.

I also loved the way the cooking liquid tasted on the sandwiches when I cooked it down a bit but was still able to preserve all the amazing flavor.

Which type of rolls?

I ended up choosing sour dough cook and serve rolls.

I wasn’t sure if the sour dough taste would be too strong for these sliders, but it actually was wonderful, plus the texture of the bread held up really well with all the liquid and they didn’t fall apart.

These hot little sandwiches can certainly feed a crowd and would be perfect for any tailgating or game day party. They’re easy to make and I guarantee your friends and family will love them! 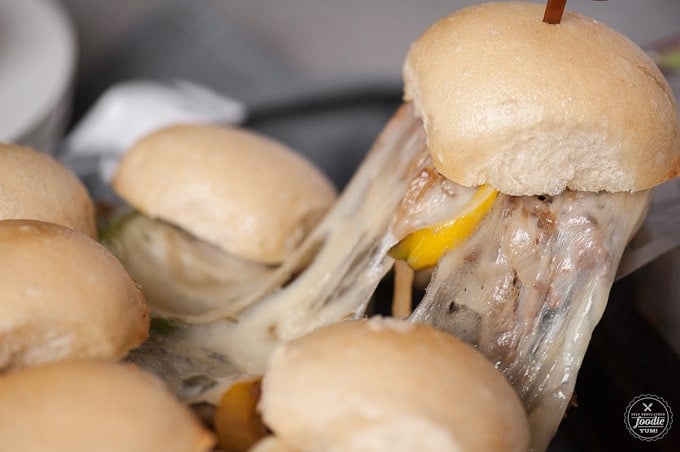 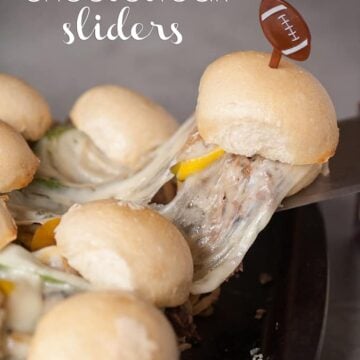 This recipe was originally published in January 2017 and has been updated with more information and cooking tips. I didn't change the recipe though!