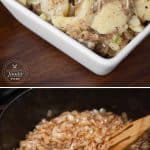 German Potato Salad is vinegar based and loaded with bacon and lots of fantastic flavor. It’s sure to be everyone’s favorite side dish at your next potluck!

Different than traditional Potato Salad with a mayonnaise based dressing, this version tastes completely different! 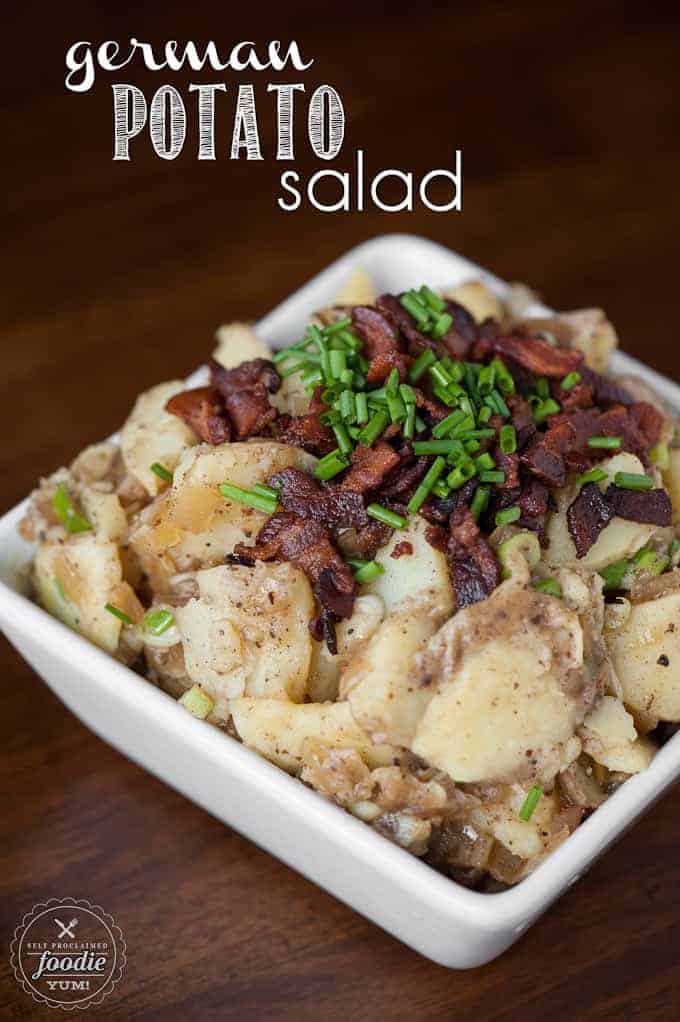 To say this potato salad was good would be an understatement. To help quantify how much I loved it, I still crave this stuff at least once a day.

So as you can see, they have distinctly different tastes. 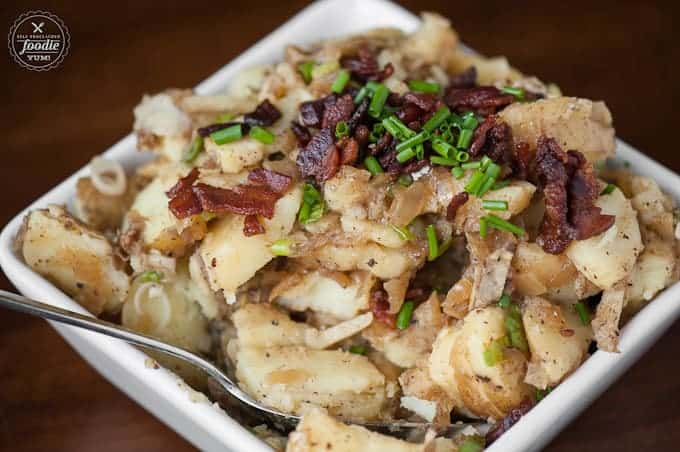 Can you reheat it?

If you end up having leftovers of your German potato salad, you can put it in an airtight container and refrigerate the potato salad. When you are ready to eat your potato salad again, you can just reheat it in the microwave. Since it is best served warm rather than hot, either heat it for a short period of time or reduce the power to 50%.

I recommend taking your German potato salad to lunch with you to work the next day if you are not able to finish it the night before.

What to serve with German Potato Salad:

We ended up serving this German Potato Salad with some spicy bratwurst as well as some sauteed peppers and onions. The kids, the hubby, and I gobbled that dinner up as fast as you might imagine. It was delicious! I’m sure you and your family will love this German potato salad too! 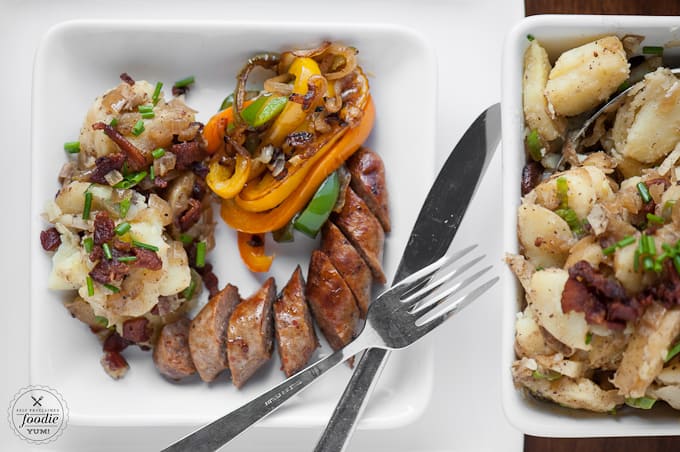 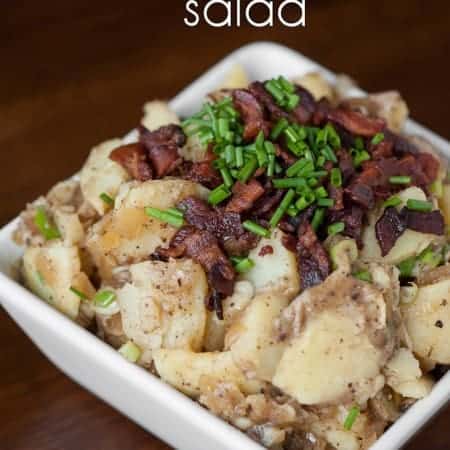 Vinegar based German Potato Salad is loaded with bacon and lots of fantastic flavor. Its sure to be everyone's favorite side dish at your next potluck!
5 from 5 votes
Print Pin Rate
Course: Side Dish
Cuisine: German
Prep Time: 25 minutes
Cook Time: 10 minutes
Total Time: 35 minutes
Hover to scale: 6 servings
Author: Krissy Allori

This post was originally created in June 2015 and has been updated with more fun facts and tidbits for your reading pleasure.