Loaded Baked Potato Soup is a rich and creamy soup filled with everything the perfect loaded potato has.

Loaded baked potato soup is one of those super delicious soups that you crave. Is it super healthy for you? Well, I would put in a slightly less category than, say, Chicken Veggie Soup, but I suppose it all depends on how you define healthy. Considering the only vegetables in this particular loaded baked potato soup recipe are the green onions, we should probably just classify this soup as "it tastes REALLY good" rather than "it's REALLY good for you".

This recipe starts with baked potatoes. Go figure, right? I've seen some recipes out there for baked potato soup that start with raw potatoes and, to me, that sort of means you're just making potato soup and not baked potato soup. You can bake the potatoes however you wish, but I highly recommend baking the potatoes in the Instant Pot. They turn out so creamy and delicious and take very little time to cook.

You can choose to leave the peel on or pull it off. I prefer no skin in my soup.

Next comes all of your favorite baked potato toppings. For me, that includes sour cream, cheddar, and green onions. You could totally throw some broccoli or pulled pork in the soup too.  Equal amounts of milk and chicken broth are used to make the soup creamy while also adding great flavor. I wait to add the bacon until I serve it up in order to keep it crisp.

I made this soup on the stove top in my dutch oven, but you can just as easily throw all of the ingredients into the slow cooker and set it to low for 4-6 hours. That's always a great option if you want to have dinner ready when you get home. 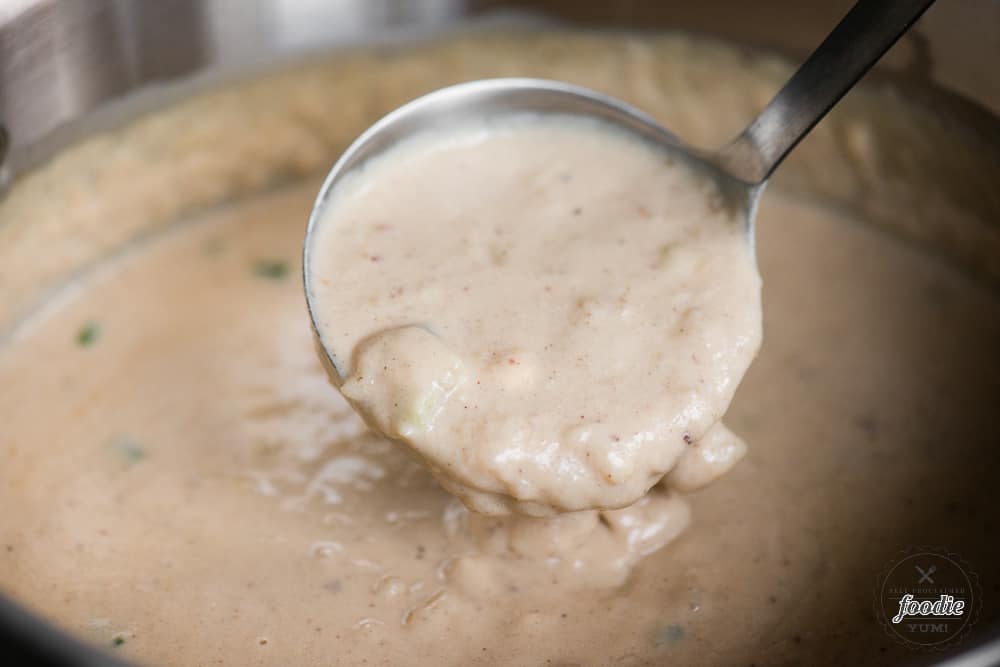 How do I make potato soup more flavorful?

When I was trying to figure out how I wanted to make my loaded baked potato soup, I saw a lot of recipes were people commented that it was bland. Truth be told, it really doesn't get much more bland than a plain baked potato. To boost the flavor in this soup, I added a few simple ingredients. Like I mentioned above, I used equal parts chicken broth to milk. By using homemade chicken broth, the flavor goes from good to oh-my-that's-delicious!

I also found that the addition of garlic powder really added a lot of flavor. If I were sauteeing vegetables like onion, carrot, and celery for the base of this soup, I would have thrown in fresh garlic. Since this baked potato soup doesn't have all the veggies, I decided to use garlic powder.

Finally, one of the best ingredients you can add to any soup is salt. I always wait to salt my soups until the very end. I sprinkle some on top, give it a stir, ladle some soup into my spoon, and give it a taste. That process continues until I think it's perfectly seasoned.

Can I freeze soup with potatoes in it?

Absolutely! Potatoes freeze really well in liquid. The only change that will happen is that they will get even softer. That is a result you most likely want. I don't, however, recommend freezing soups with pasta. That is, of course, unless you prefer pasta that turns into mush. I froze this soup along with my Chicken and Corn Chowder, which also has potatoes, and they thawed and reheated beautifully! 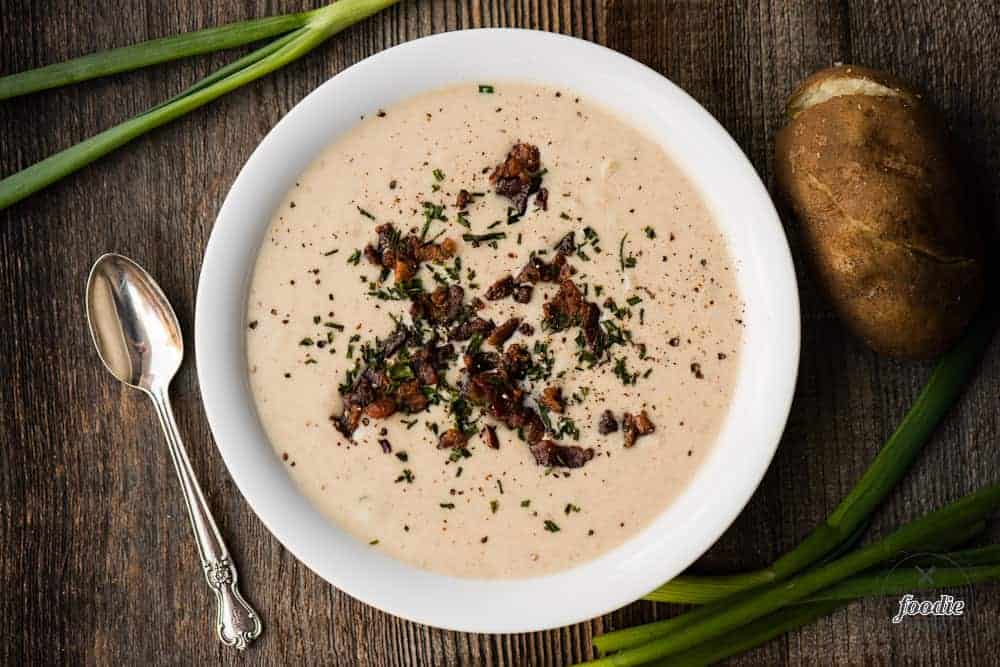 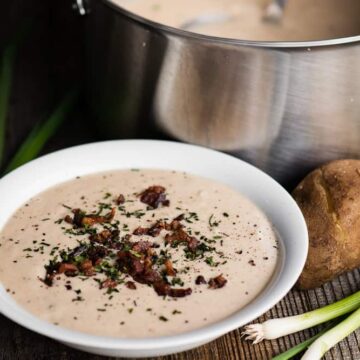 Loaded Baked Potato Soup is a rich and creamy soup filled with everything the perfect loaded potato has.

Soup can be stored in air tight containers in the refrigerator for several days or in the freezer for several months. To keep bacon crisp, do not add until ready to serve. Recipe time does not include time it takes to bake potatoes.