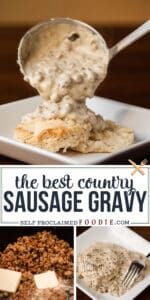 Country Sausage Gravy recipe made from scratch is delicious! 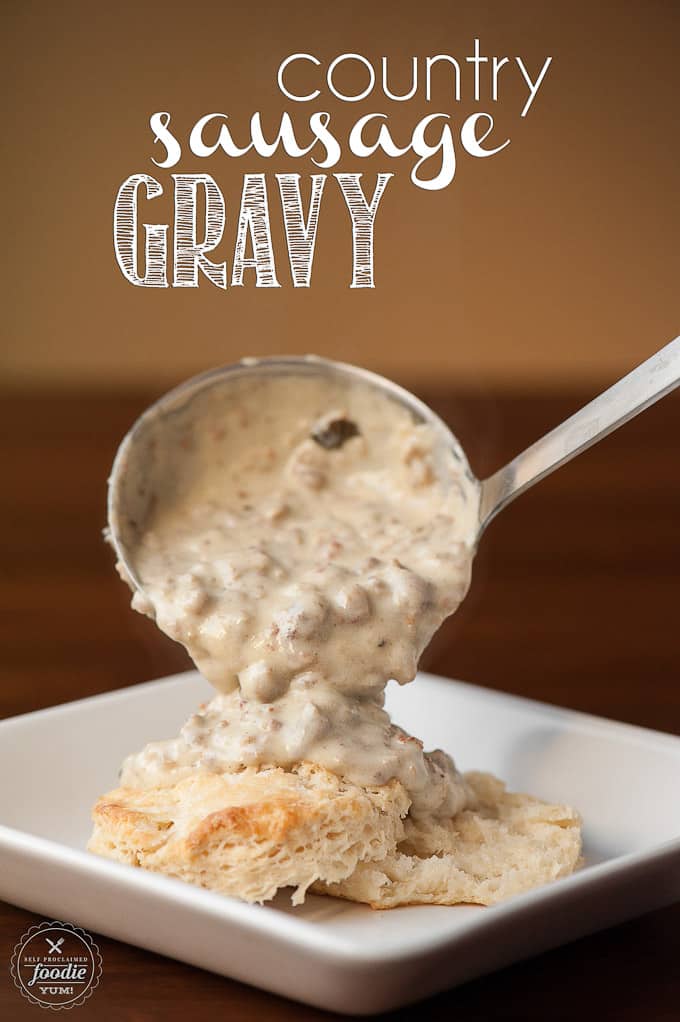 Sausage gravy makes every breakfast better. My husband and I love biscuits and gravy. You all know I’m a total food snob. Him? Not quite as much (but I’m grooming him daily). The one thing he is a total food snob about is sausage gravy. When we go out to breakfast, he’ll order a sample of the country gravy before committing to actually ordering biscuits and perfect gravy. I’m sure you all have experienced country sausage gravy that sucks. Its either too thick or too thin or too starchy or the sausage is nasty. The best part? Homemade sausage gravy is quick and easy to make!

The best biscuits and gravy require two things – sausage gravy and homemade buttermilk biscuits. Now, in the video of me making the recipe, you might notice that I used canned biscuits. For that, I apologize and I shall never live that one down. Canned biscuits should be reserved for Monkey Bread, and only Monkey Bread. Homemade sausage gravy deserves the flaky goodness of a homemade biscuit. There. Please forgive me. 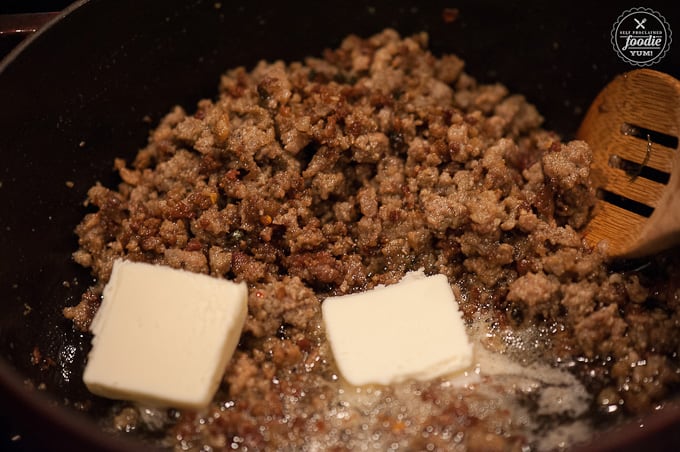 How to make sausage gravy from scratch: 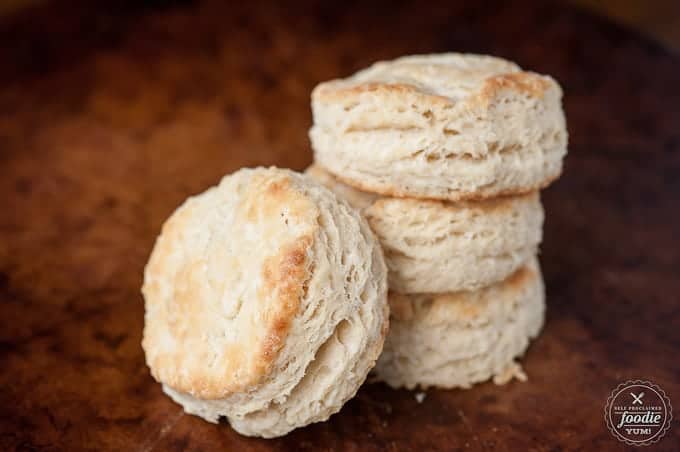 How to make biscuits and gravy:

Now, go enjoy the best damn biscuits with country sausage gravy you’ll ever have. Consider yourself warned though – they may be so good that you’ll no longer order them when dining out because all others will fail in comparison. 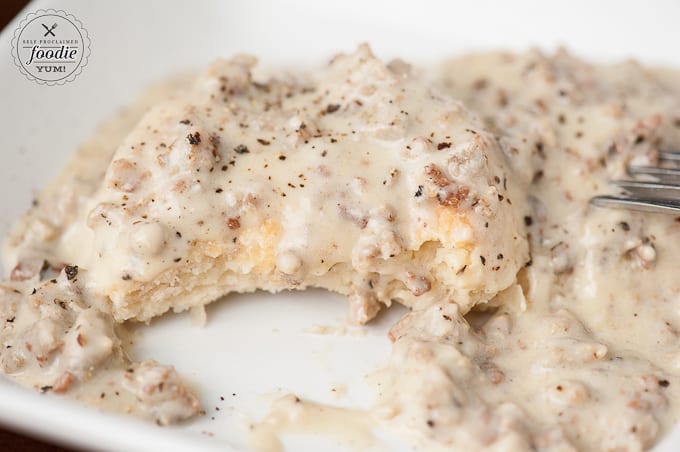 What to serve with Biscuits and Gravy:

Watch below to see the recipe video of me making this country sausage gravy!

For the video, I cooked the sausage gravy on an induction cooktop. You totally want biscuits and gravy now, don’t you! 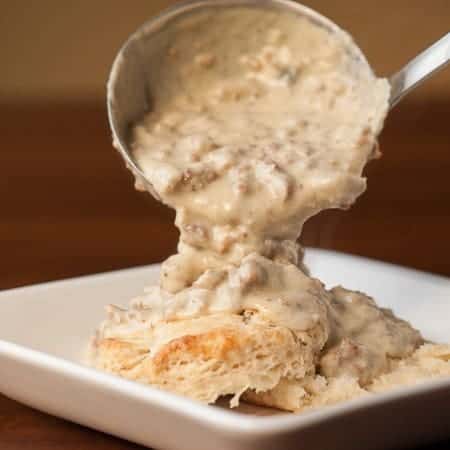 Country Sausage Gravy made from scratch is delicious! The best biscuits and gravy are made from homemade flaky buttermilk biscuits and sausage gravy.
4.93 from 57 votes
Print Pin Rate 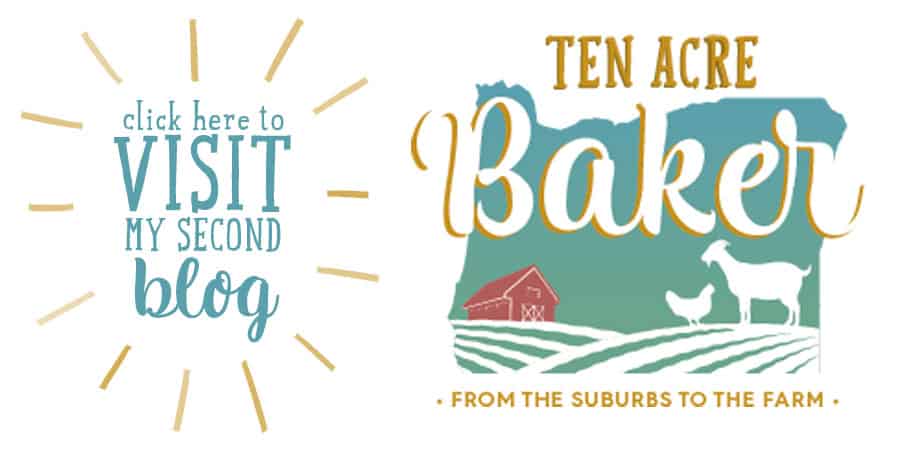