This is the best recipe you’ll ever find to make the most beautiful, delicious, and perfect Chocolate French Macarons that everyone will love. 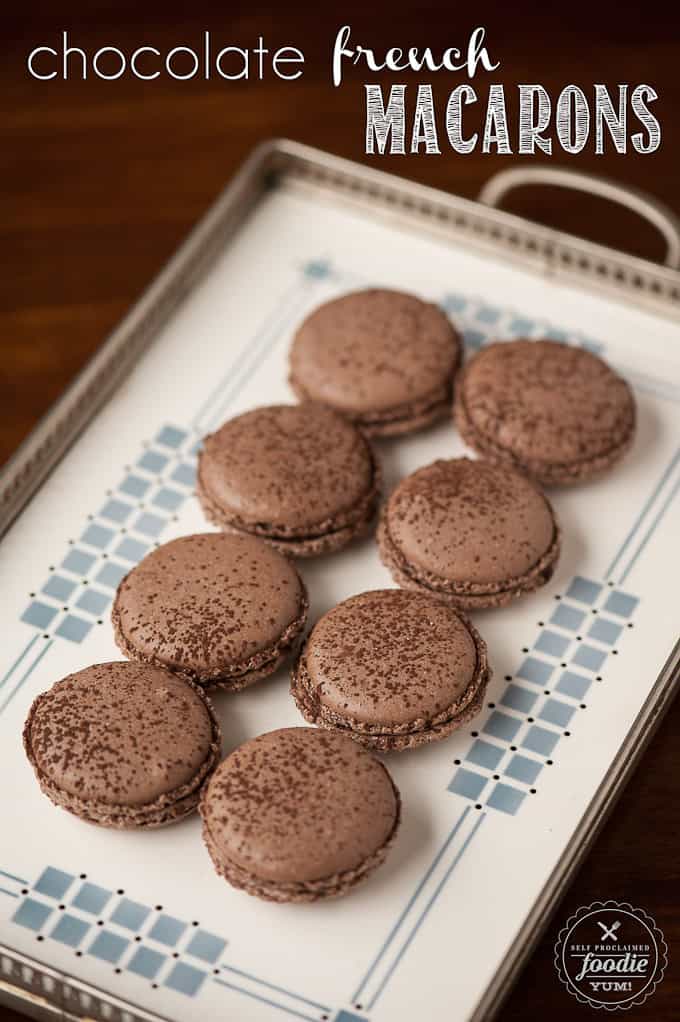 What is a French Macaron?

A French or Parisian Macaron is an almond meal ­based meringue cookie that’s sandwiched with a filling. They are generally smaller and more flavor­packed than a typical American cookie. They should actually be thought of as a confection, rather than a cookie. Macaron is spelled with one ‘o’, unlike its classic Jewish deli counterpart, the coconut macaroon.

While both macarons and macaroons are egg white­ based, they taste nothing alike.

An ideal macaron should be slightly crisp on the outside, soft on the inside, with a slight chewy tooth ­feel. You must use a food scale when making macarons. Sorry, volume measurements are too imprecise for these finicky little fellows. 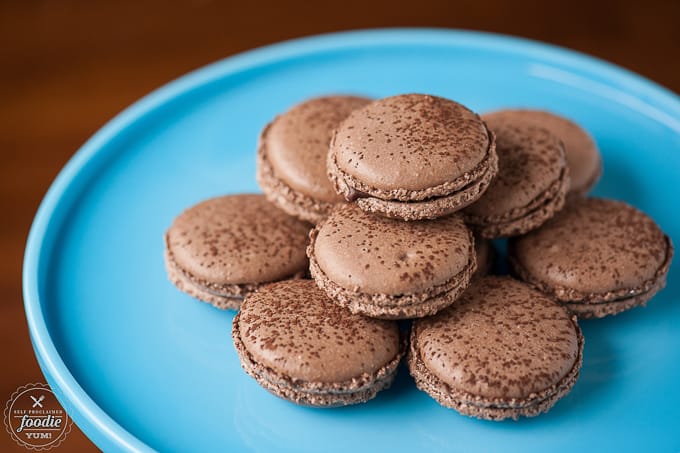 Are macarons hard to make?

If you’ve heard stories that macarons are difficult to make, don’t fear!  If you’ve ever wanted to try and make them but didn’t want to attempt this culinary feat because of the macaron pinterest fails you’ve witnessed, I can tell you that you can proceed with confidence. This recipe has been made countless times and as long as you follow the recipe, it should turn out. 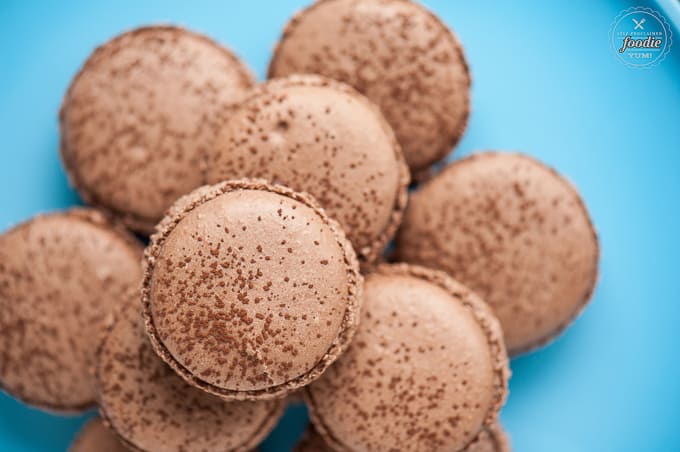 Not only do I give you the secret recipe to the most amazing confections man has ever known, but I’m not forcing you to stare at the same old dishes and trays I always use. 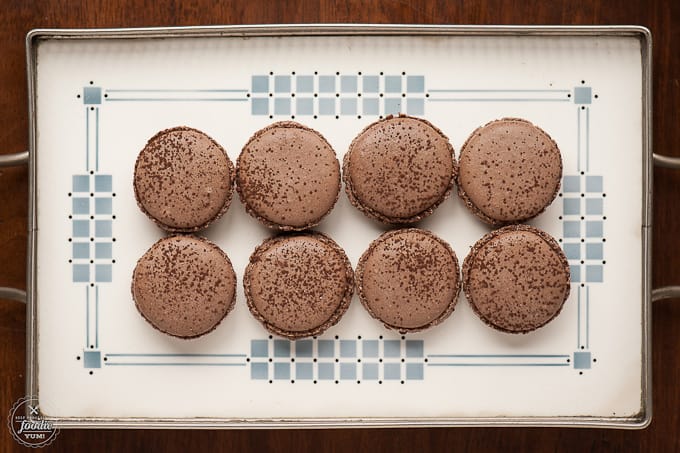 Aren’t they the most beautiful thing you’ve ever seen? 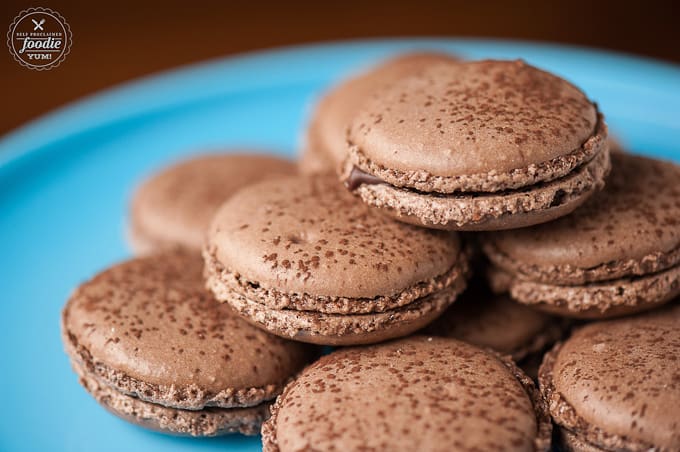 I can tell you that they taste even better than they look. 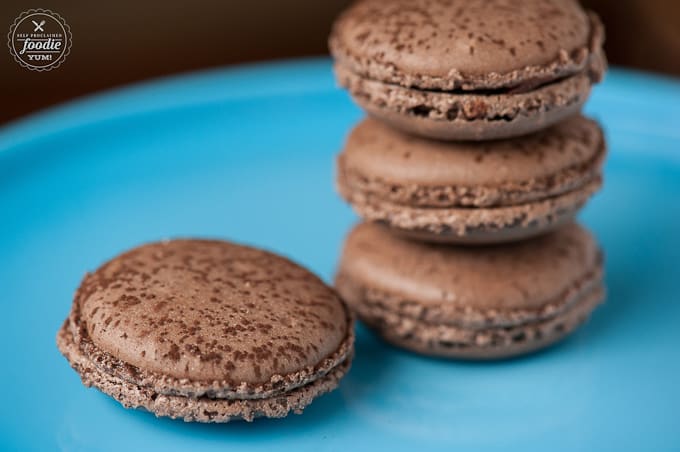 Here’s an extreme close up to show the detail. Can you feel yourself begin to salivate? 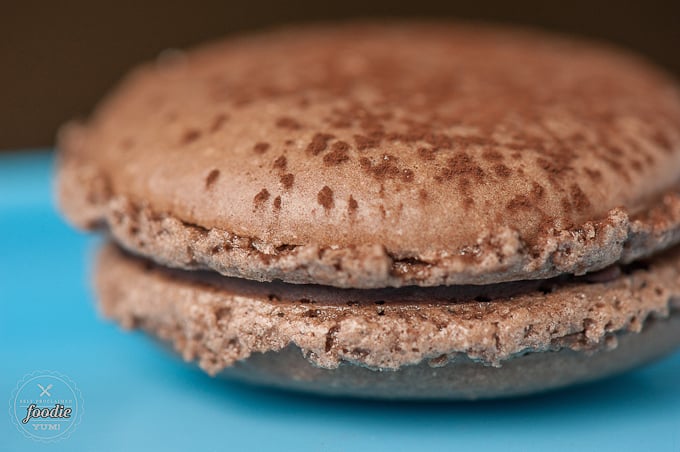 And of course I always like to show you a bite photo. I took this picture not to show you what a pig I am based on the huge bite you see missing, but to show you how the ideal macaron has a crisp outer shell but is soft and chewy on the inside. YUM!!! 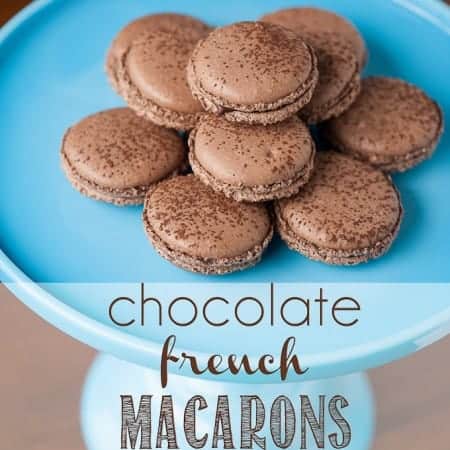 Makes 42-48 macarons. Nutritional info based on a single completed macaron.