Chicken Corn Chowder is a creamy and hearty soup that is packed full of flavor. It's creamy but still has just the right amount of chunks.

Perfectly cooked potatoes and a rich broth give the soup body. Crisp bacon adds fantastic texture and taste. Your family will love this chicken chowder for dinner! 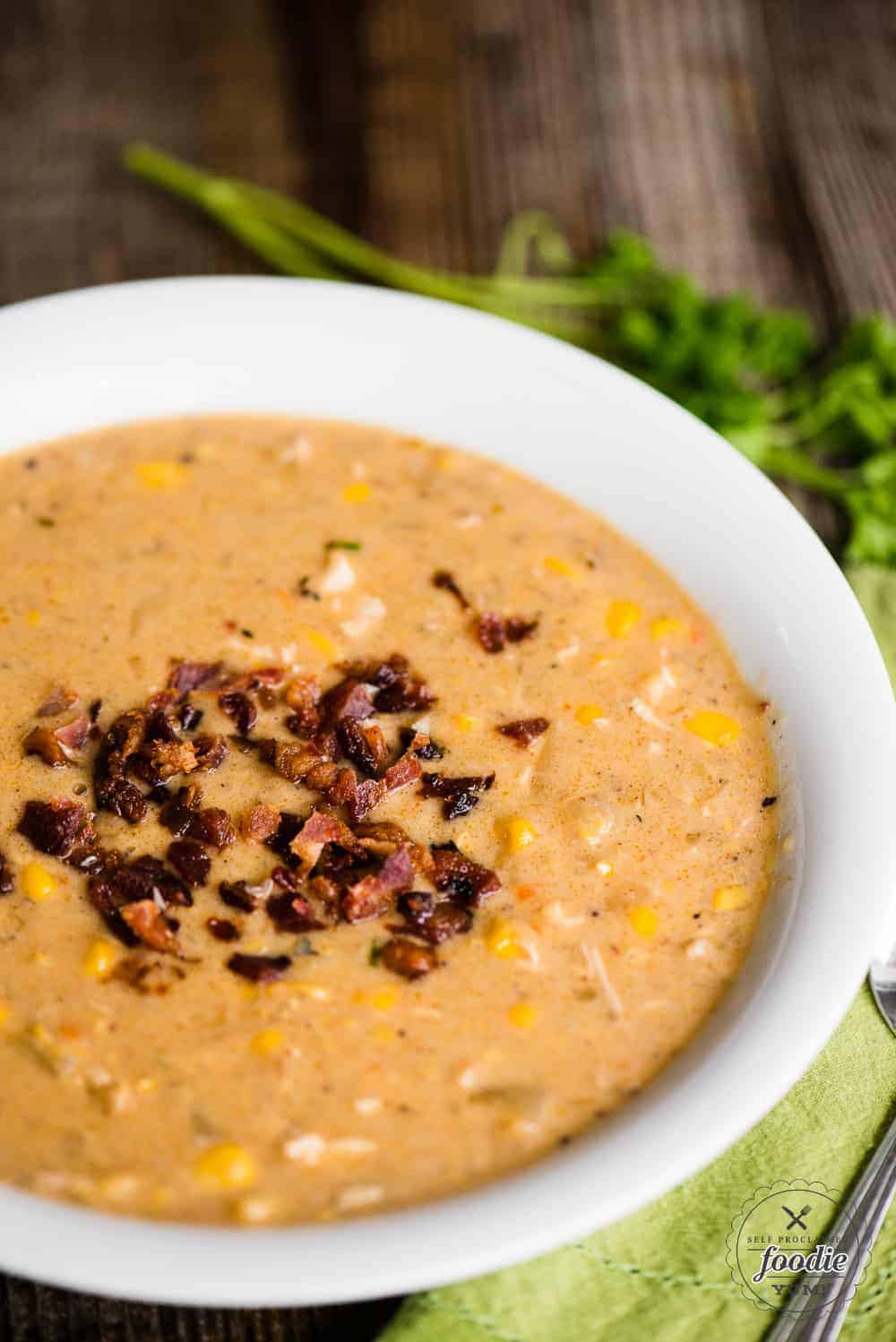 Chicken Corn Chowder is one of those feel good soups. It has just enough of the healthy stuff for me to enjoy it without the guilt.

Is it as healthy as, let's say, a chicken soup that is mostly broth and loaded with vegetables? No. But it has everything you'd want in a creamy chowder that is downright delicious. 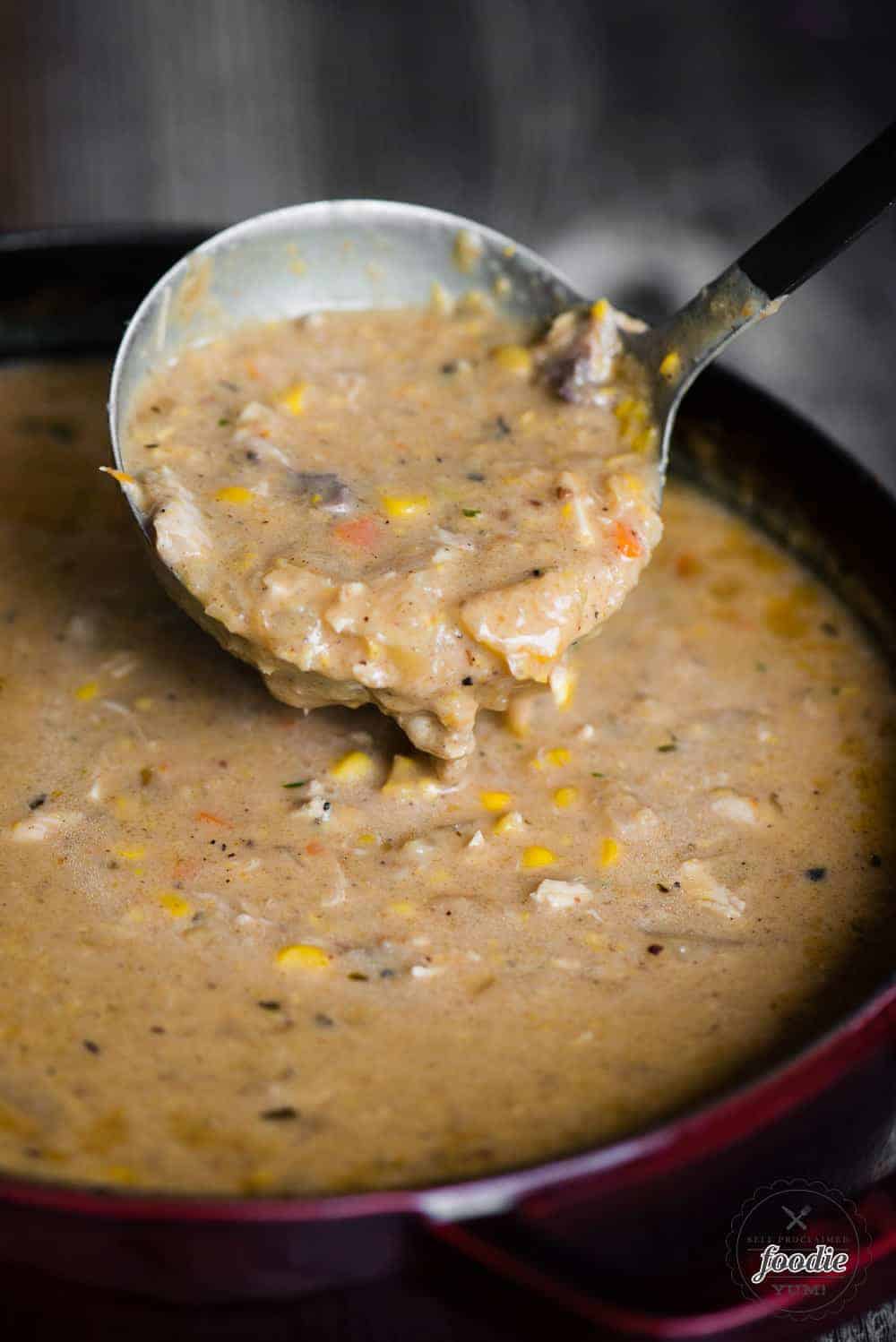 As with any recipe that calls for cooked chicken, you have options.

You can easily go to the store and pick up a rotisserie chicken or buy it cooked from the deli.

Homemade is almost always better, as I'm sure you know, and if you have the time I recommend cooking an entire chicken in the Instant Pot or slow cooker. That way you can shred the meat for recipes like this chowder or a tasty chicken salad sandwich.

Plus, you can then make your own bone broth. I like to give you options!

Now, if you're looking for a chicken corn chowder slow cooker recipe, this isn't it.

As with most soups, stews and chowders, this can be altered so that you can prepare everything and stick it in the slow cooker so it's hot and ready when you get home.

Sometimes I just prefer to cook my soups and chowders on the stove top. My kitchen is the heart of my house and what can I say... I love to cook in a good old fashioned dutch oven from time to time. 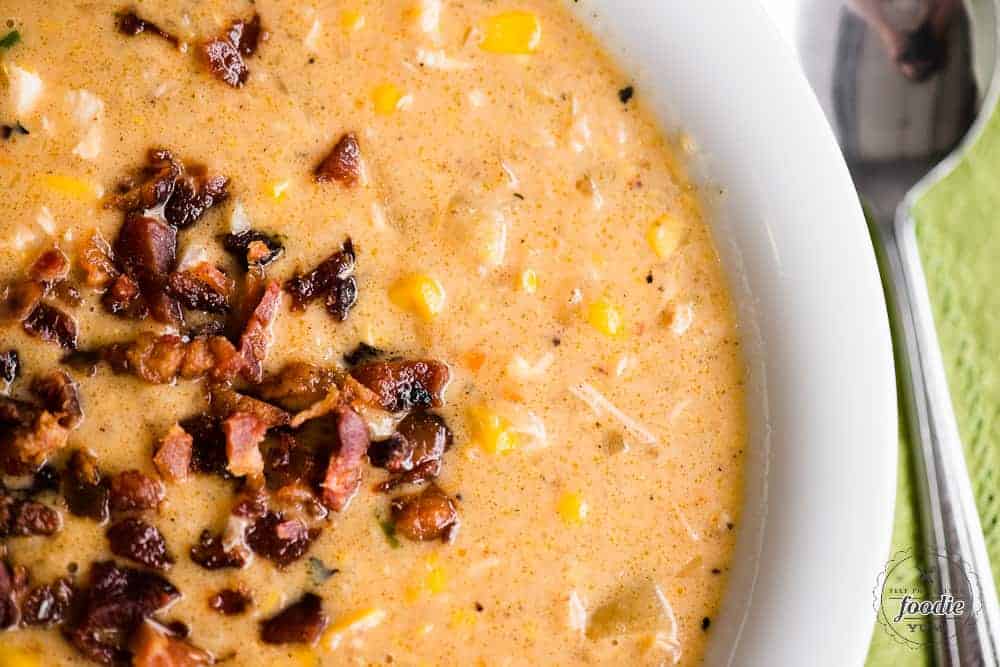 What to serve with chicken corn chowder:

I honestly think that when you make this chicken corn chowder with bacon, nothing else is needed.

If you're the kind of person who needs variety and options at every meal, however, I offer you two choices that would take this chowder to the next meal.

Did you make this soup? I love to hear from my readers so please leave me a comment below! 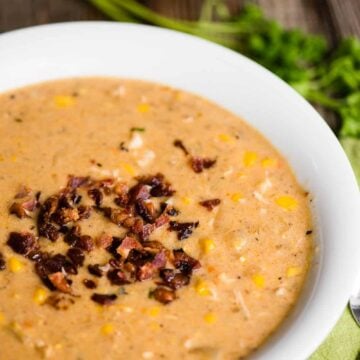 This recipe was originally published in February 2018 and has been updated with more cooking tips and information. Don't worry... the recipe wasn't changed!