These super soft and delicious homemade from scratch Pumpkin Spice Cinnamon Rolls are made with real pumpkin and have an added pumpkin seed crunch.

These tasty treats are basically the fall version of my favorite Homemade Cinnamon Rolls! 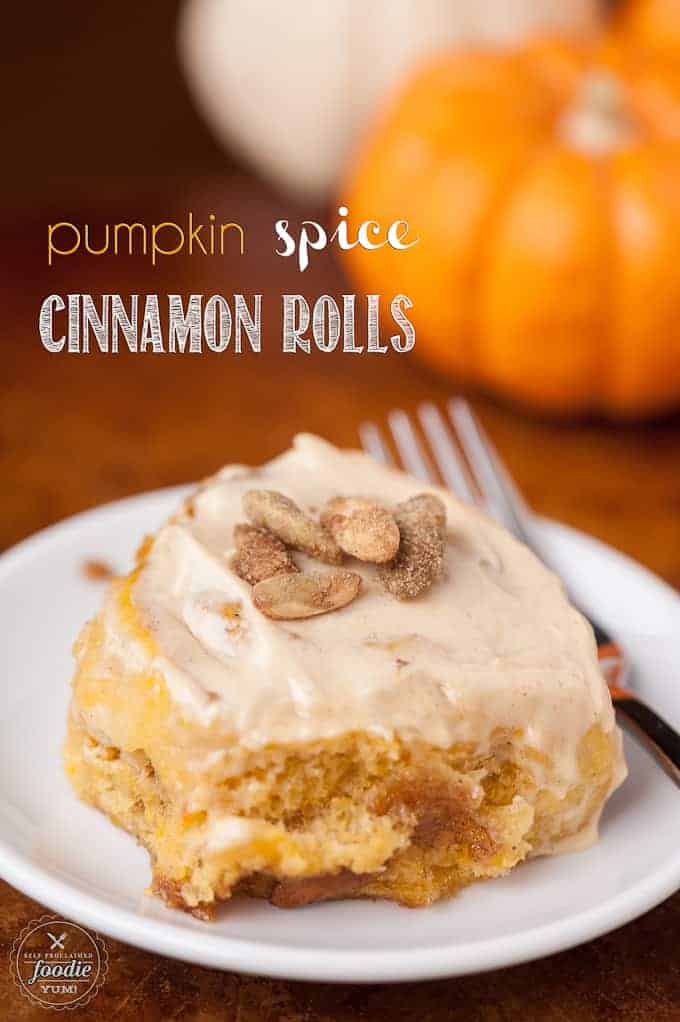 Okay, friends. I'm not gonna like. These were a serious pain in the ass to make. If you have a craving for cinnamon rolls with a fall flare, by all means, please visit your favorite bakery or buy a tube of premade cinnamon rolls. You'll satisfy your craving and you'll save several hours and a lot of dirty dishes. If, however, you want to create something absolutely delicious, from scratch, in your own kitchen, and have people marvel at the fact that you made these from scratch as each and every morsel dissolves in their mouth? Well, then, these are for you. 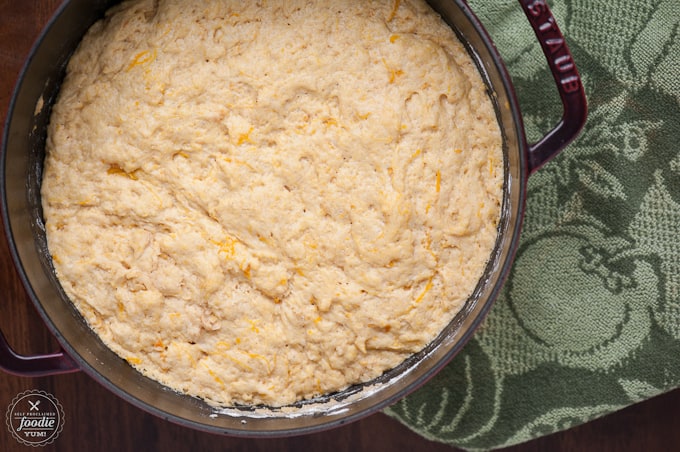 With any dough made with yeast, these require a fair amount of commitment. You have to give the dough time and the proper environment to properly rise. But it is oh-so-satisfying to see your hard work double in size. You will dirty a fair amount of bowls and counter space, but it is oh-so-satisfying to roll up that delicious dough and watch it expand and cook to a beautiful golden brown, right before you smother it in frosting. Did these take a fair amount of time to make? Yes. Were they worth it? Oh yes. What else are you going to do on a rainy fall day while the husband's eyes are glued to the football game on TV, right? 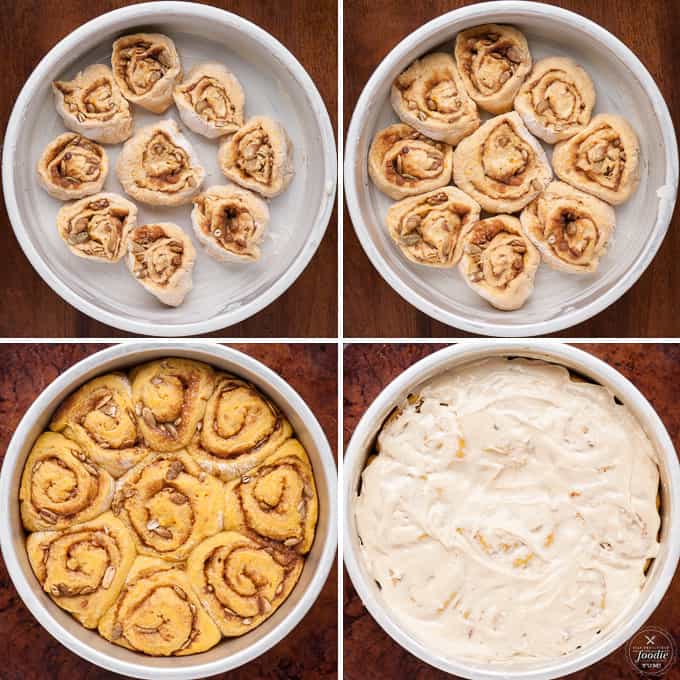 I brought these into work and shared them with my friends. I was having lunch with one of these friends the other day (are you reading this Scott?) and I can always count on him to give me great feedback. What he told me was the thing he liked best about these rolls is that they actually tasted like pumpkin. He said that anytime something is "pumpkin spice", that really means you will only taste cinnamon, nutmeg, cloves and ginger. Although the pumpkin spice flavor comes through, he said it wasn't overbearing and that he could tell these weren't just pumpkin spice cinnamon rolls, but they were pumpkin spice cinnamon rolls. 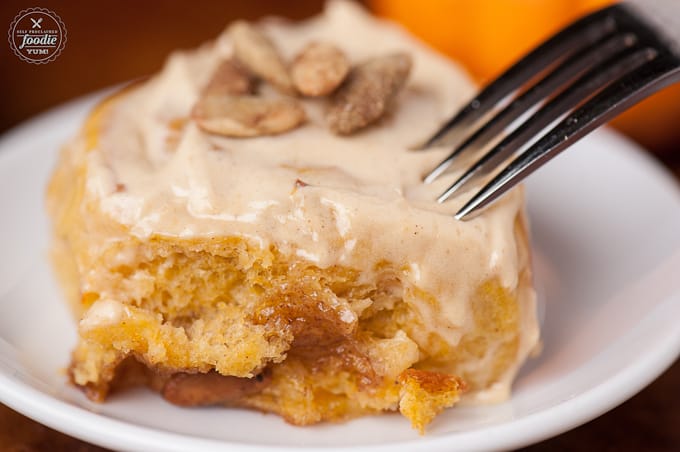 I have to be honest with you. I was pretty damn proud of myself when these turned out so well. No one ever wants to invest their valuable time into something that doesn't turn out. And yes, I was very pleased with the fact that I made something so pretty and soft and tasty from scratch!  Plus, I saved myself the anxiety of having to open that damn cinnamon roll tube that pops and nearly gives me a heart attack each and every time! 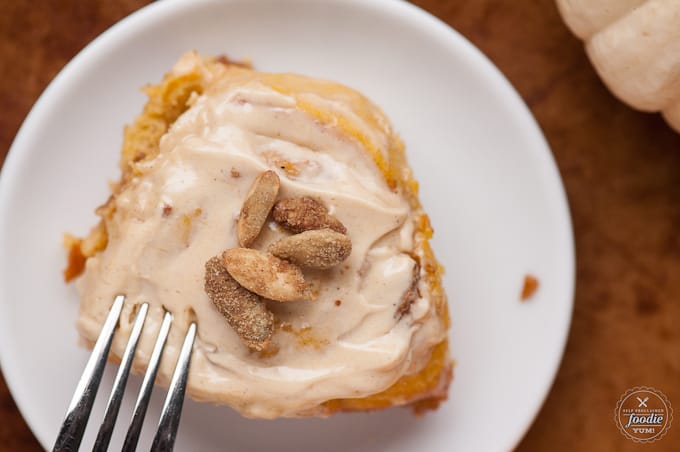 [adthrive-in-post-video-player video-id="LExWqseM" upload-date="2016-11-14T18:54:41.000Z" name="Self Proclaimed Foodie - Homemade Vanilla Extract" description="Making your own homemade vanilla extract is not only easy to do, but it smells and tastes wonderful, makes the perfect gift, and the beans can still be used once you’re done!" player-type="default" override-embed="default"] 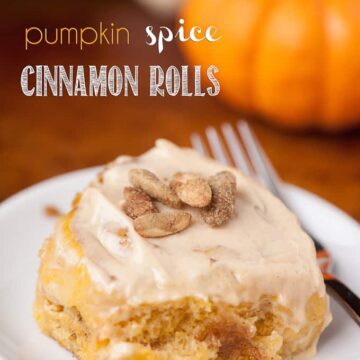 To help my dough rise, I found it best to preheat my oven to 200 degrees F. Once it reached temperature, I turned it off, and cracked the door to release some heat. I kept the door closed while the dough would rise.