Unlike warm cheesy dips made with cream cheese or mayonnaise, this Spinach Artichoke Fondue Dip is made with Gruyere, Parmesan, and mozzarella cheeses.

My traditional spinach artichoke dip recipe uses cream cheese and fresh spinach. This version, however, is more like a fondue because of how all of the different cheeses melt together. 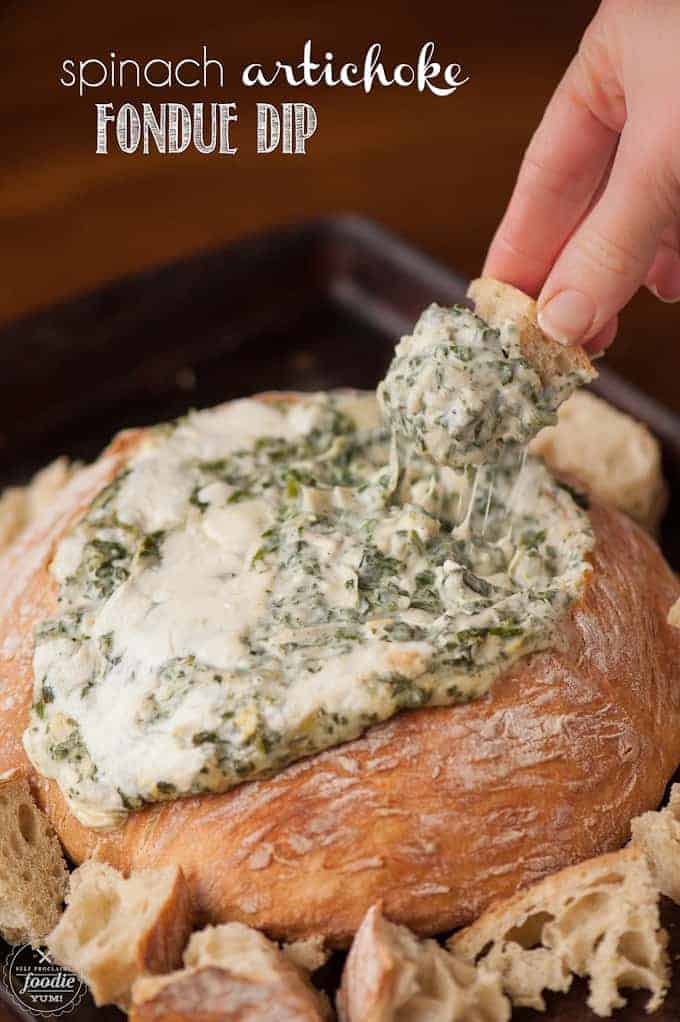 Unlike any spinach artichoke dip I've ever had.

I first discovered this recipe at a holiday party. Every spinach artichoke dip I had ever had was made with mayonnaise and/or cream cheese.

When the party host pulled a crusty loaf of homemade bread that had been hollowed out to make a bread bowl out of the oven, I saw this delicious looking cheesy dip overflowing from the top.

I'm not one to shy away from good food at a party, but I just may have eaten this entire thing all on my own.

The flavors were subtle and sophisticated. It was more like a fondue than a greasy dip. The gruyere and parmesan gave it that hearty and robust flavor while the mozzarella gave it that ooey gooey cheesiness you want in a warm dip. 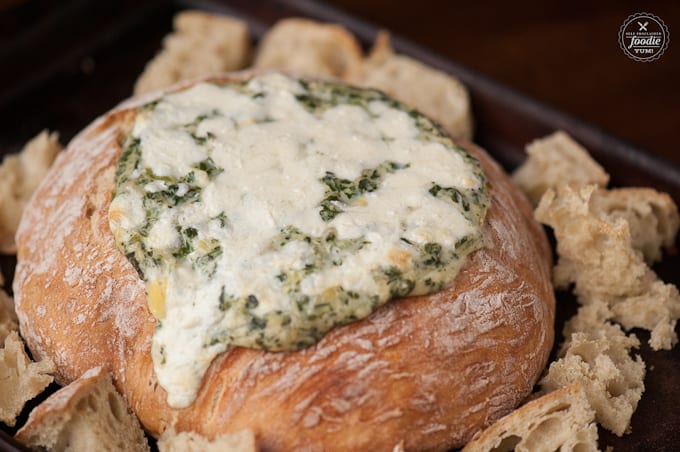 You can certainly bake this dip in a dish and serve it alongside chips, but we all know bread is best. 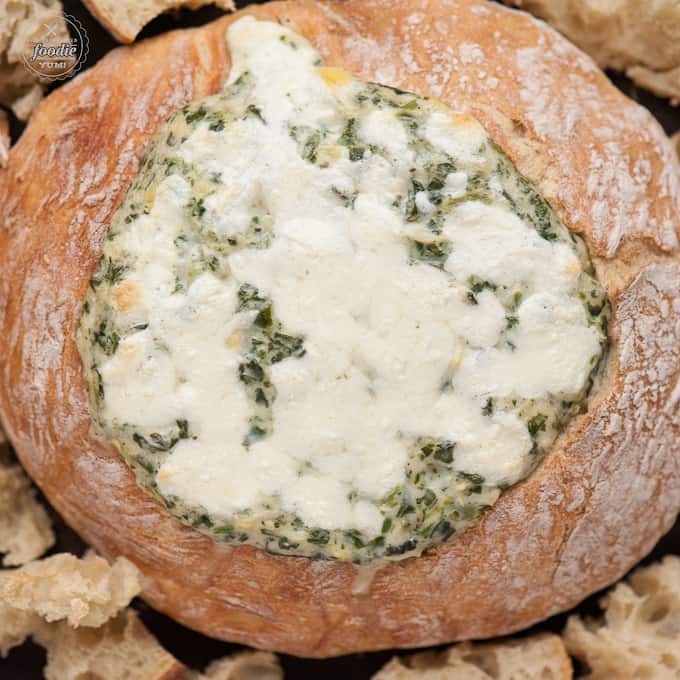 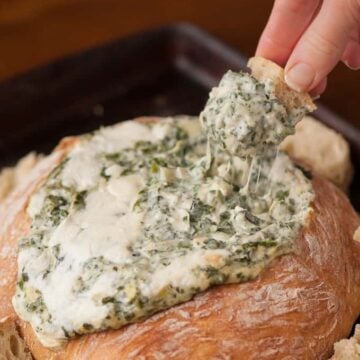 Makes about 4 cups of dip Recipe for easy no-knead bread that you can use for bread bowl: https://selfproclaimedfoodie.com/no-knead-crusty-bread/   recipe adapted from http://www.itsnoteasyeatinggreen.com/

This recipe was originally published in January 2016 but has been updated for your reading pleasure.