Scottish Eggs are a delicious take on breakfast. Egg wrapped in sage breakfast sausage, then dipped in egg, and then fried? Yes please. 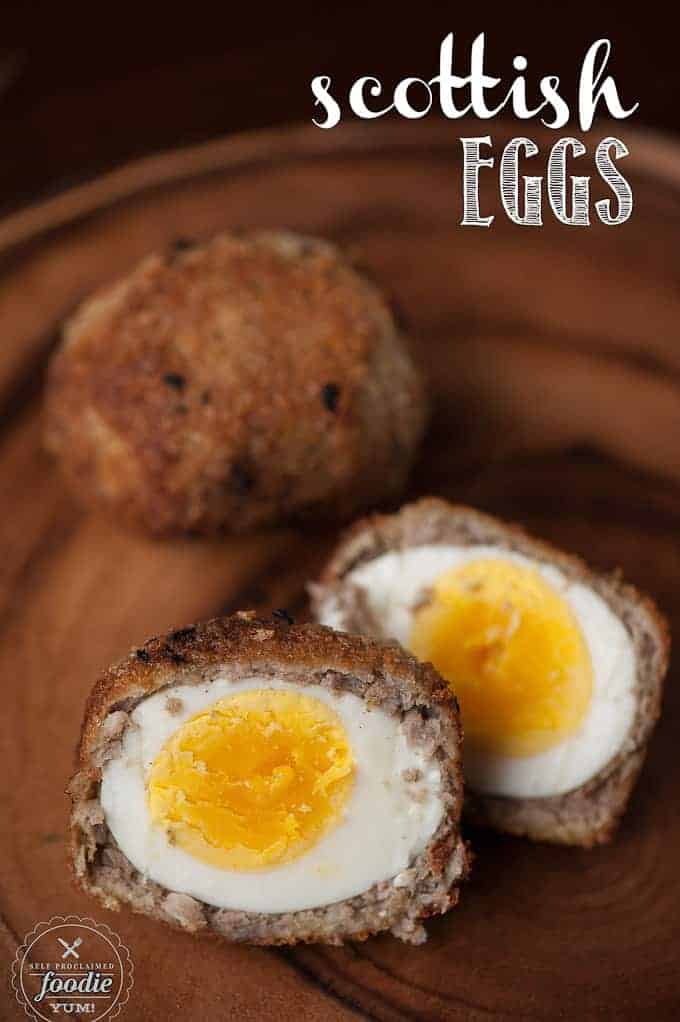 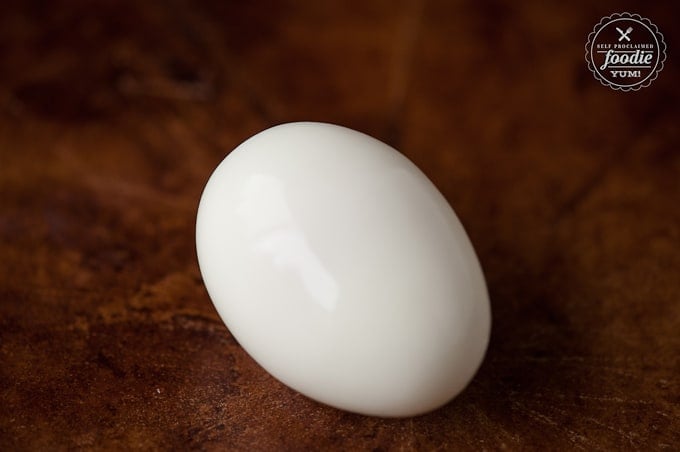 I took the photo below to show you the size difference between a plain egg (not so beautifully peeled) and one that had been wrapped in sausage, then dipped in egg wash, then rolled in bread crumbs. 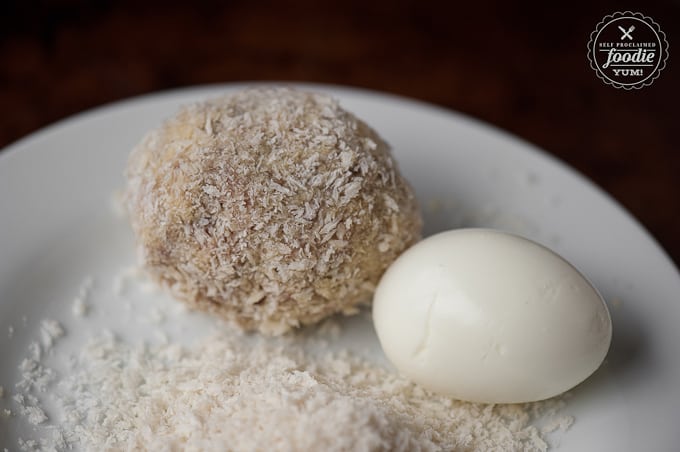 I tried my best to under cook them so that the yolks would run, but this was the best I could do. Either way, these were fun and delicious and I think you should make them! 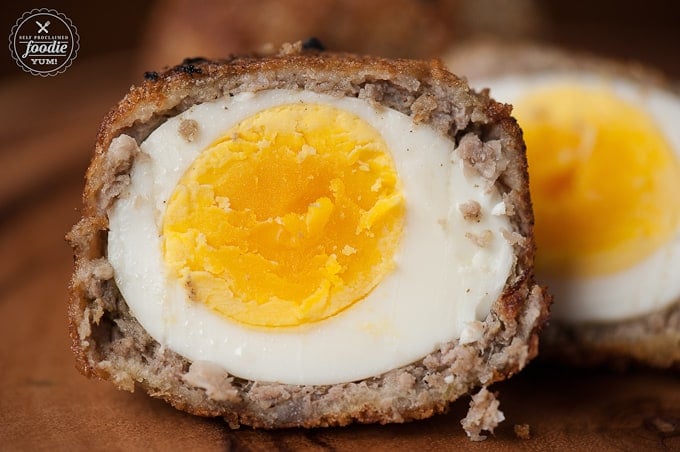 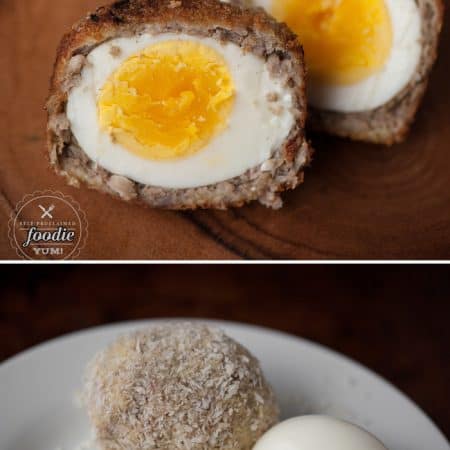