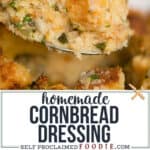 Cornbread Dressing, made with homemade cornbread, is one of the best Thanksgiving side dishes you can make! Pure old fashioned soul food. 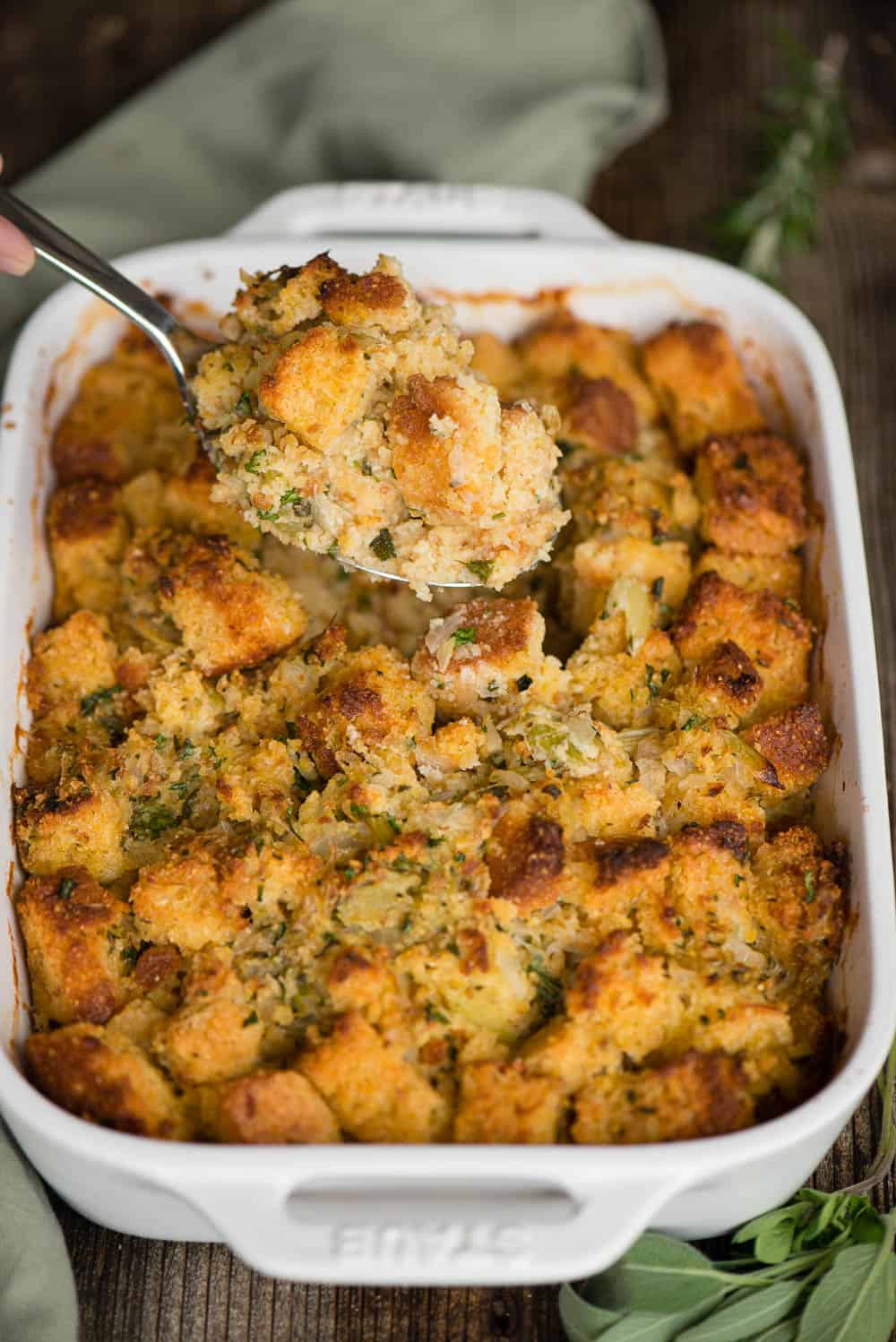 This recipe started with some homemade cornbread and has all of your favorite savory stuffing ingredients mixed in.

I've always been a fan of traditional dressing made with a loaf of bread, but this year I decided to mix things up a bit and go with dressing made from cornbread.

It definitely is worth it to start out with a really good homemade cornbread.

From there, you'll mix in the traditional stuffing ingredients along with a fair amount of butter to create this mouthwatering side dish!

How to make the cornbread: 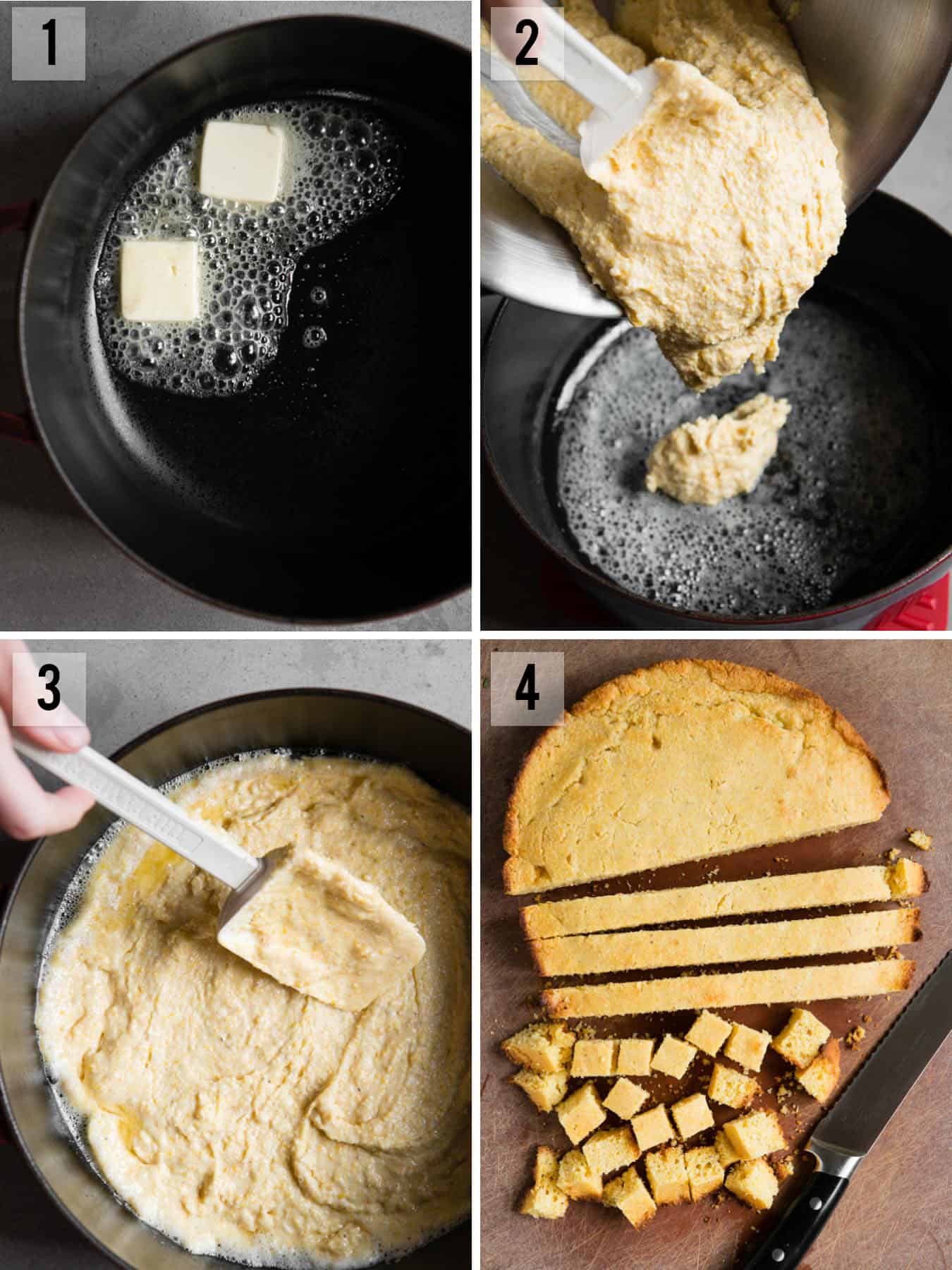 If you've ever made dressing or stuffing, the process is pretty standard. 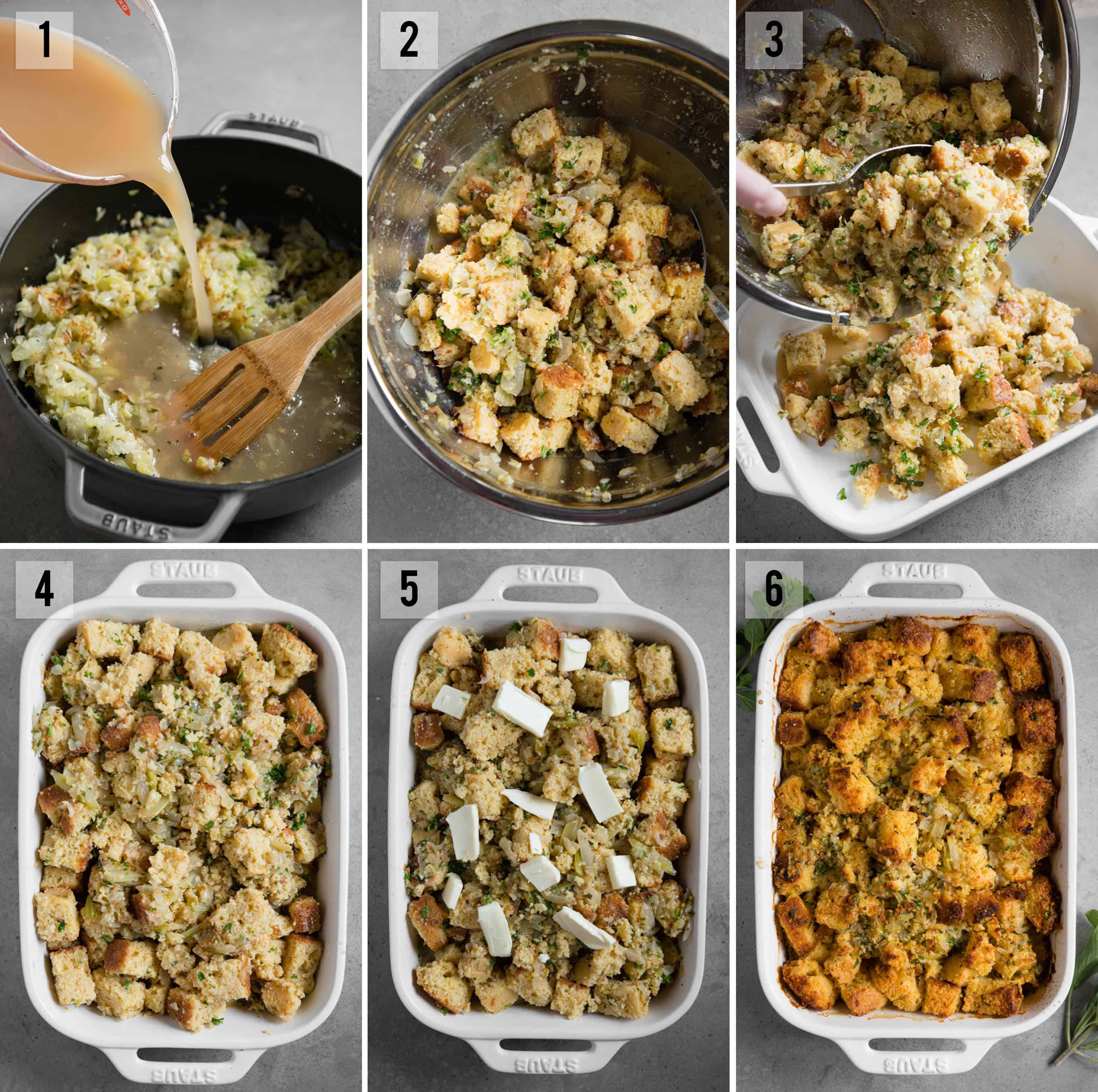 I firmly believe that the best Thanksgiving dinners are completely prepped the day before and then cooked on the day of.

That will give you the cleanest kitchen on Turkey Day as well as more time to drink wine and enjoy your company. 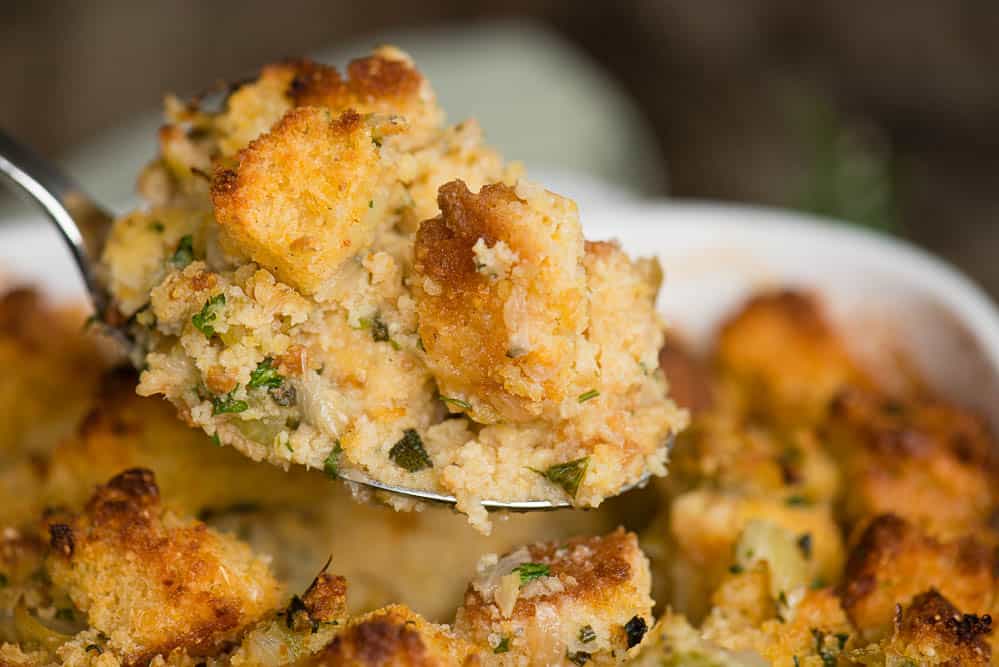 How to make it extra crispy:

First, I must say that I have never made dressing or stuffing that goes inside the bird. There are too many health concerns and I absolutely hate mushy dressing.

If you're like me and want dressing that is nice and crispy, there are a few things you can do:

This Thanksgiving, serve this alongside some Fresh Cranberry Sauce and some turkey gravy made from scratch. 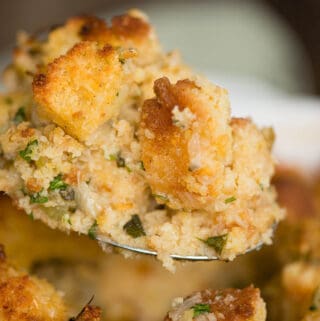 To make the cornbread:

If you like crispy dressing, there are a few things you can do: