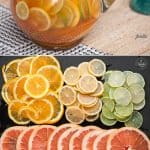 Citrus Beer Sangria that is sweet, bubbly, and refreshing!

Beer or hard cider is mixed with citrus and vodka to create an easy and tasty pitcher cocktail. 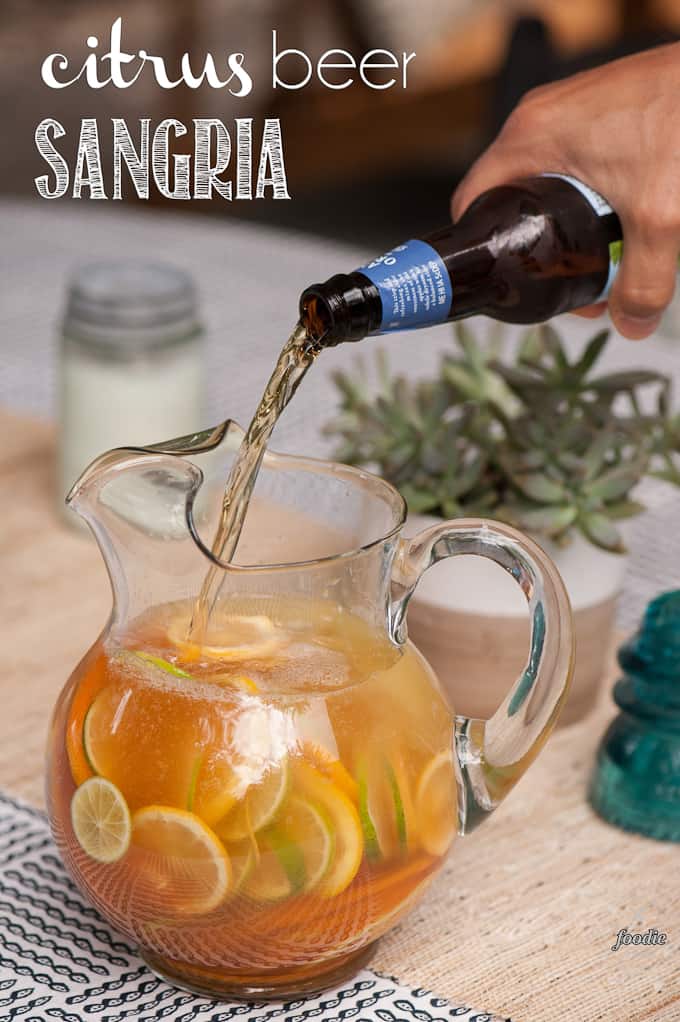 Who doesn't love sangria? It not only tastes delicious, but the boozy fruit at the bottom of your glass is an added bonus you don't get with any other kind of cocktail recipe.

Sangria made with beer.

Guess what? I'm  not a real fan of beer. I've always wanted to be because its such a social drink. What do you order when you go out with friends? Beer. What do you drink when you're watching the game? Beer. What do you see when you open the cooler? Beer. As many times as I've tried to like it, however, I've never enjoyed it as much as I want to.

Now, this is a real shame, especially since I live in the Pacific Northwest where there are more micro breweries per capita than anywhere else in the country. I don't actually know this to be completely factual, but I'd be willing to make that claim in a bet.

I have found something beer related that I absolutely love, though: the beer cocktail. I saw an article at the end of last year that talked about the up and coming food trends and beer cocktails was on the top of the list. After making this Citrus Beer Sangria, I have a new found love for beer.

To me, most beers are rather bitter. Just like I can't drink hard alcohol on its own, I absolutely love it when its mixed into a wonderful cocktail creation. Beer is no different. The trick is finding complimentary flavors to balance out the bitter, earthy, hop flavor of a good beer. 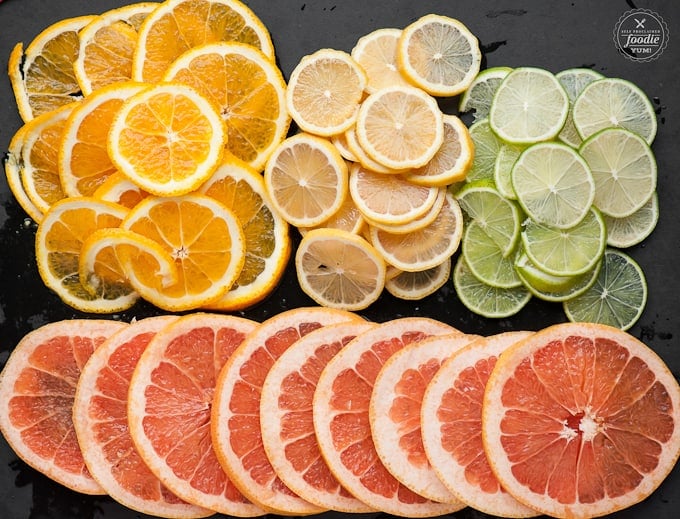 How do you make Sangria with beer?

Traditional sangria combines fresh fruit muddled with hard alcohol and is later topped with something like wine.

I followed the same basic principals with this recipe but chose grapefruit, orange, lemon and lime (all citrus) as my fruit, used vodka as my hard alcohol, and incorporated pineapple juice to add some sweet to all the tartness of fruit.

Don't get me wrong - this alone would have made a tasty treat. Once that beer was added, however, it took the cocktail to a whole new level. There were so many different flavors and notes that danced around with each taste. 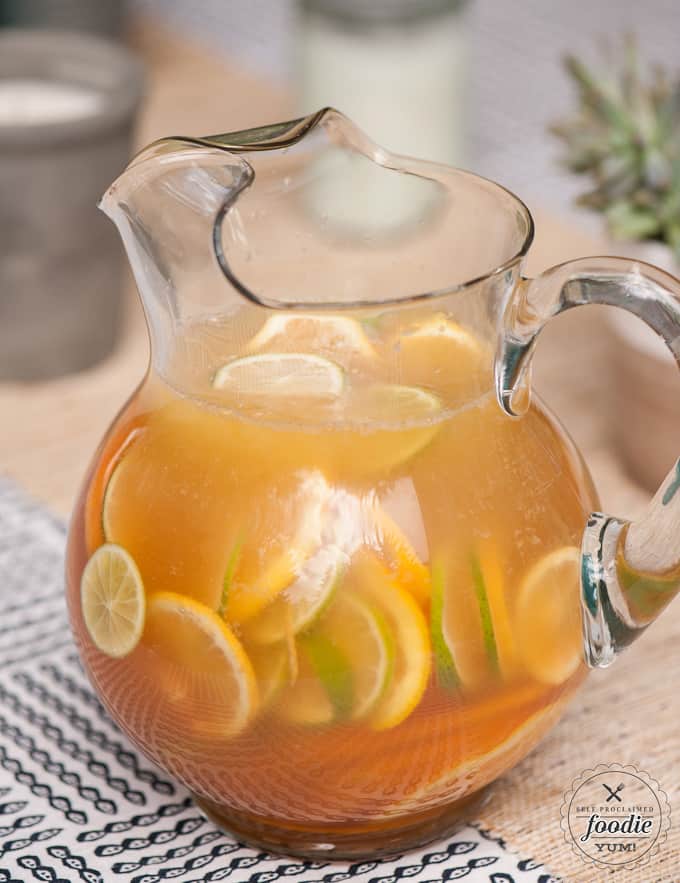 How to make Sangria for a crowd:

I'm especially fond of pitcher drinks because they're so easy when entertaining a crowd. Plus, have you ever seen a prettier drink than this one with all that fruit swimming around?

Sangria is actually best for a crowd as opposed to making a single cocktail. Why? Because when you make Sangria, the best part is allowing your freshly cut fruit to soak in booze. This takes time. If you're going to take the time to soak fruit in vodka, you might as well make a whole bunch.

I think we can all agree that the very best part of a good sangria is eating the fruit at the end. Yum! 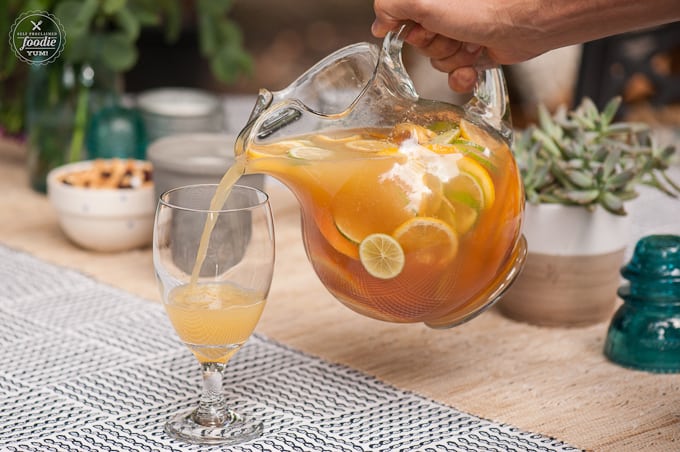 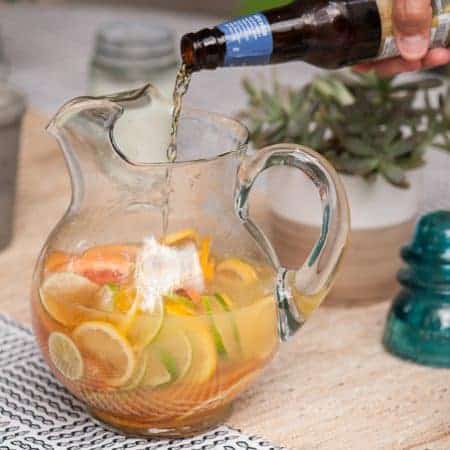 This post was originally created in September 2016 and has been updated with more fun facts and tidbits for your reading pleasure. 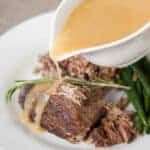 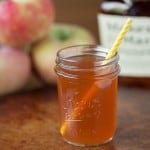