Homemade Rosemary Focaccia Flatbread is a rich and savory flat bread that has the same great olive oil taste as fluffy focaccia, but its more dense. 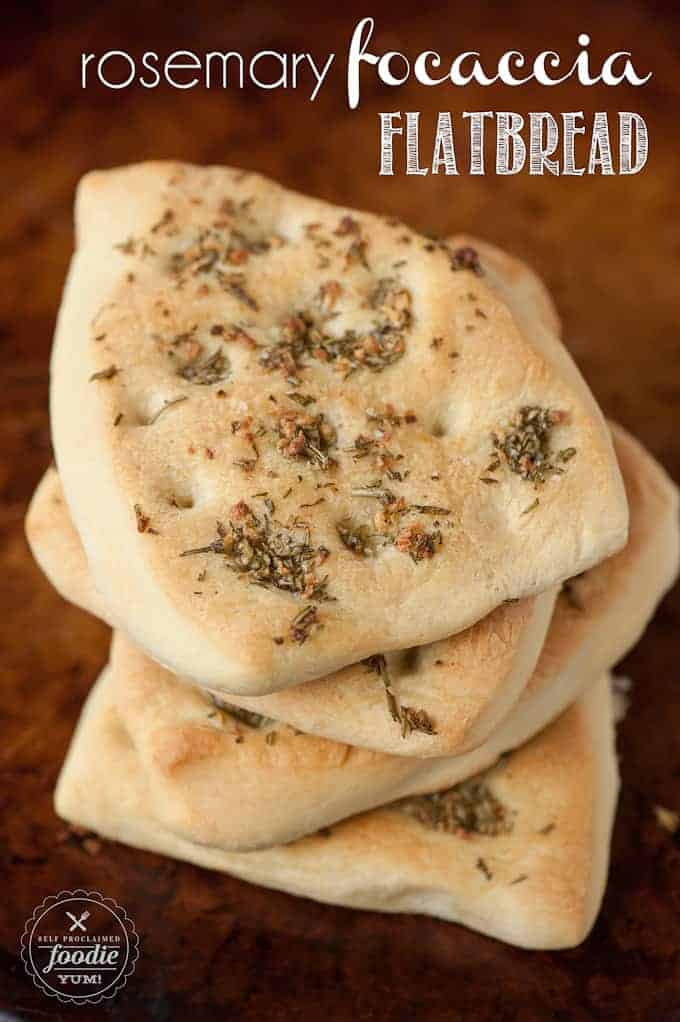 I'm not gonna lie. This didn't turn out exactly as I had intended. My vision was to make an airy, fluffy, chewy focaccia. You know, the kind they set out at Italian restaurants that you dip in the olive oil with freshly ground pepper at your table while you sip your wine and wait for your entree to arrive. Nope. Somewhere in the process I messed up and my chewy fluffy focaccia developed into a flatbread. Since I'm a go-with-the-flow kind of gal, I went with it. In fact, I ended up splitting them in half and I used them for some outrageously good caprese burgers. 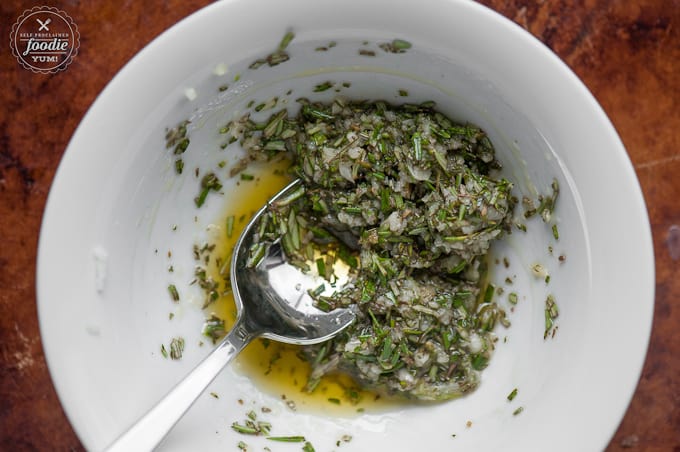 There are two components that make this bread super yummy. First, the topping. You can't go wrong with fresh rosemary, right? Second, the olive oil. Its in the topping and in the dough. I love me some olive oil. 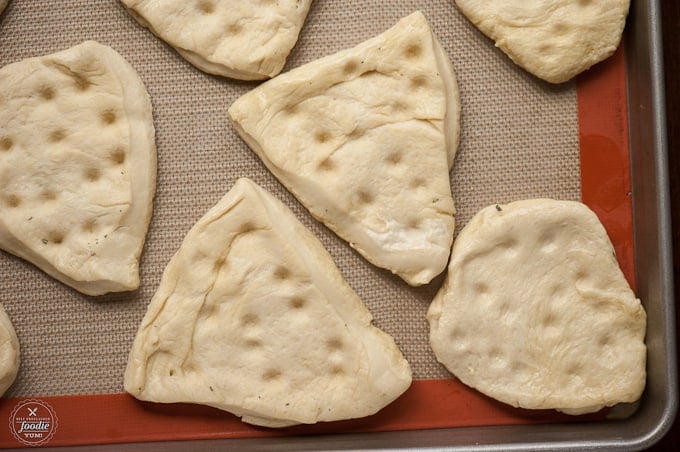 I have two theories where I messed up in my process. The dough rose beautifully - no problem there. Either cutting it into smaller pieces is what did me in or, the more likely solution was that I didn't let it rise again once it was on my baking sheet. I only let it sit for about 10 minutes as I indicate in the instructions, but I'm thinking that if I had given it some more time, it would have been fluffier. If you experiment with that part of the recipe, will you let me know how it goes?  🙂 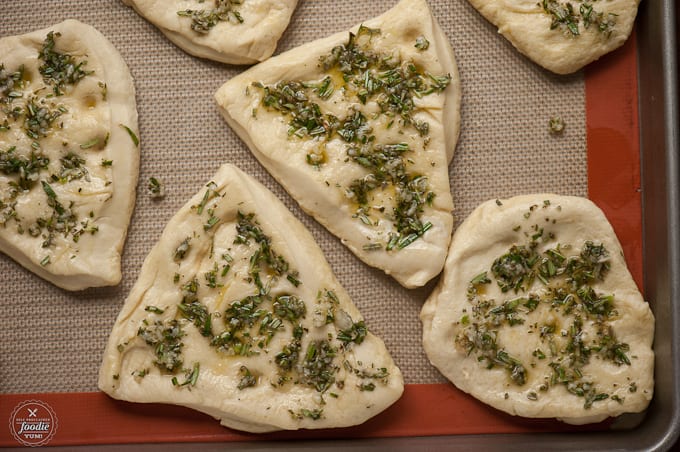 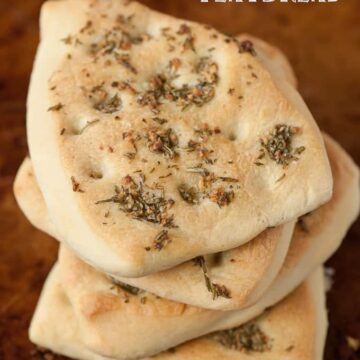