This savory Decadent Slow Cooker Creamed Corn made from fresh corn tastes nothing like the stuff from a can and is so simple to make in your crockpot. 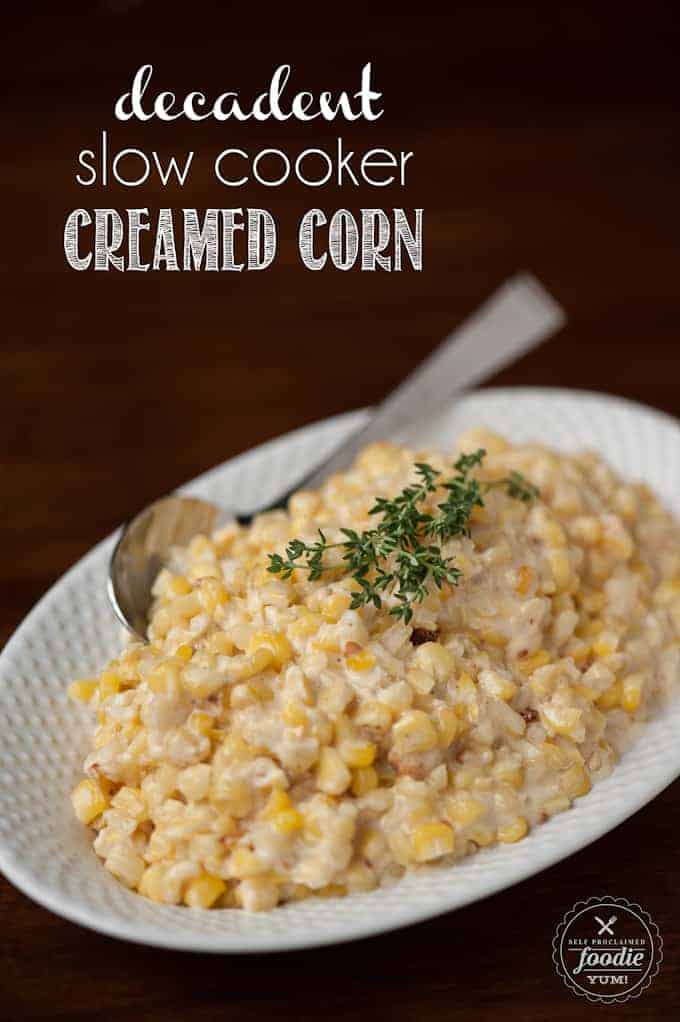 I told my husband I was making creamed corn and the reply was an epic "noooo". You see, there are a few foods that I think scarred his developing mind. One of them was canned creamed corn. I'm not sure if he was served that nauseatingly sweet stuff from the can one too many times as a kid, but getting him to try this stuff was like pulling teeth. I have the same battle with him over anything that contains broccoli. I finally got him to try it after I convinced him that it tastes nothing like that garbage he knew so well growing up, and he couldn't believe how good it tastes! 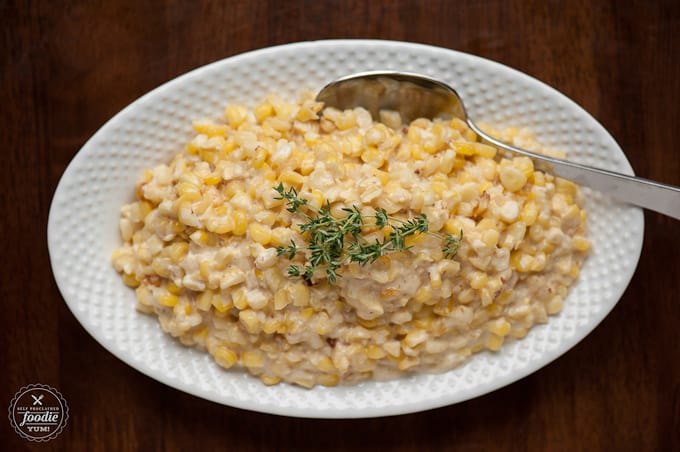 There are a few main differences from the creamed corn you may know.  For example, I just looked up the ingredients from a major creamed corn distributor and this is what they seal up in that can: Water, Corn, Modified Food Starch (Corn), Sugar, Sea Salt. Not too horrible, I suppose, but if I'm eating corn from a can I think I might want more corn than water, right?  Secondly, I don't put any sugar in this corn. Corn is sweet enough. Why would you need to add sugar? Especially when you use fresh corn from the cob and then "milk" it to get every last ounce of natural sweetness. Finally, mine has a savory component with the addition of the cream cheese. I also love the fact that the crockpot added a few brown pieces around the edge that I scraped off and mixed in. I picked some fresh thyme from the garden and that absolutely made this creamed corn heavenly. 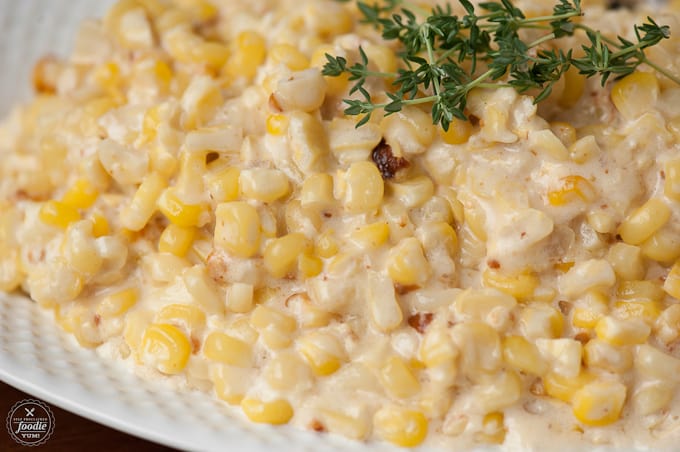 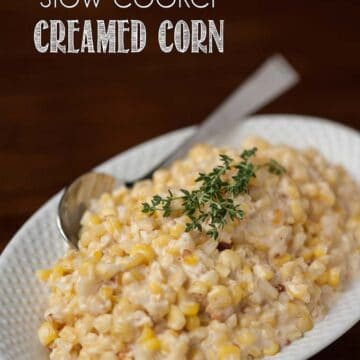 This savory Decadent Slow Cooker Creamed Corn made from fresh corn tastes nothing like the stuff from a can and is so simple to make in your crockpot.
5 from 1 vote
Print Pin Rate SaveSaved!
Course: Side Dish
Cuisine: American
Prep Time: 15 minutes
Cook Time: 6 hours
Total Time: 6 hours 15 minutes
Hover to scale: 6 servings
Chef: Krissy Allori