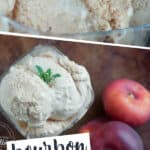 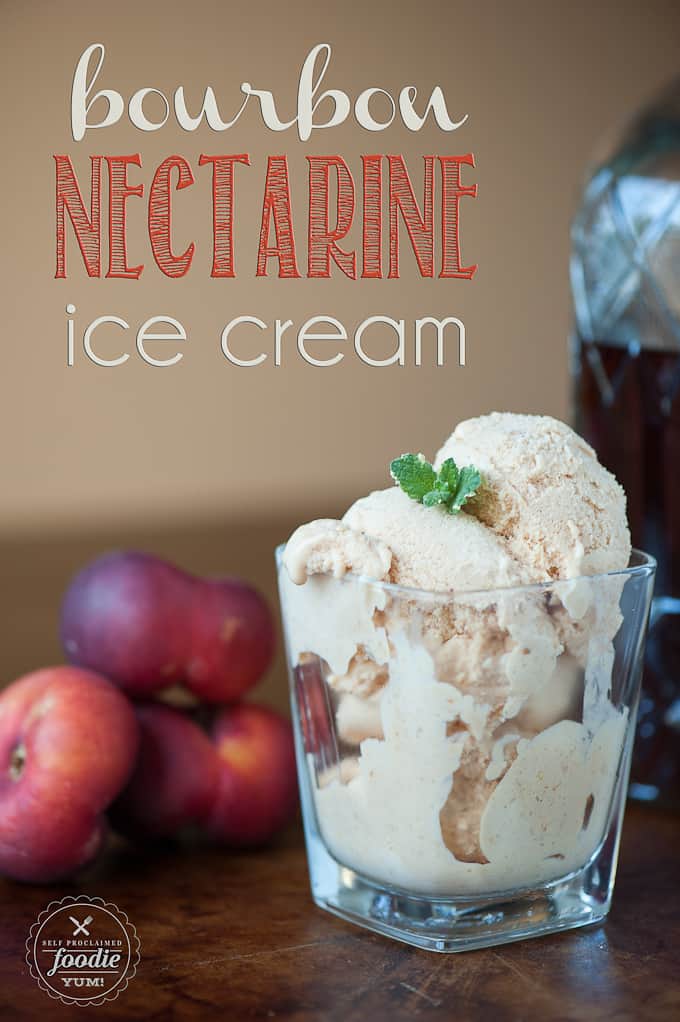 I'm not gonna lie.  This was one of my most favorite things I've ever made.  Everyone in the online world has moved on to sharing pumpkin recipes already, but nectarines are still in their prime where I live.  I figured since the entire West Coast as well as the Southeast are feeling the effects of a heat wave right now, what better recipe to share than this spectacular ice cream!

Now your standard nectarine will do just fine, but I have a particular soft spot for globe, or saturn, nectarines.  They're sweeter in my opinion and this late in the season they're almost always cling free, or free stone, meaning the flesh easily comes away from the pit. 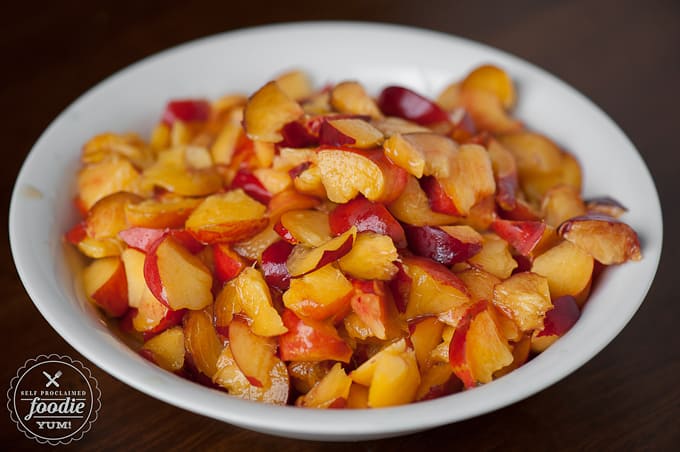 This was the first time I had ever flambéed.  Granted, I just got little baby flames, but they were there and I felt like a professional chef for a brief moment.  Now, I wasn't able to have the flames ignite simply by tilting the pan and allowing the flames to meet the alcohol vapor.  I cheated a bit and held a lighter over the nectarines and then saw flames.   Wikipedia states that by rapidly burning off the volatile alcohol, flambéing can infuse a dish with additional aroma and flavor, and moderates the harshness of raw, high-proof spirits.  That it did, because the finished product was oh so good. 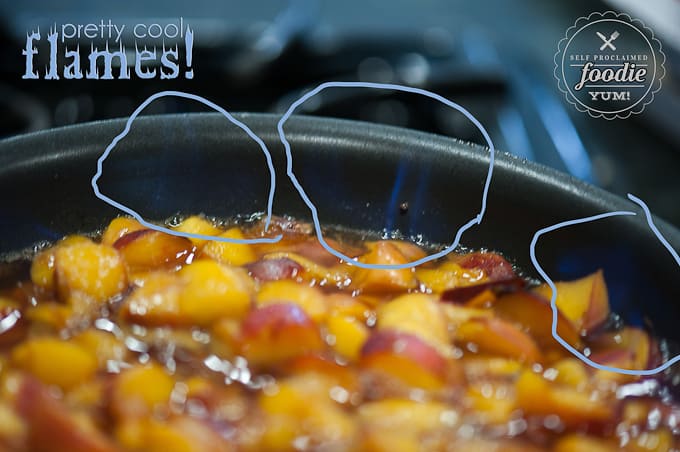 This ice cream ended up being so smooth and creamy.  The nectarine flavor and the bourbon flavor were both mild and subtle, yet added this rich complexity that made me quite content.  And, as with any recipe that calls for vanilla bean, those little black specs you see in the photo below perfectly finished the flavor. 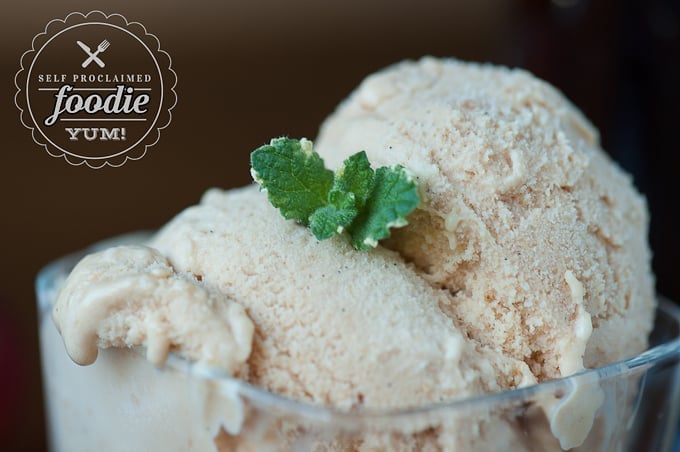 Although I could have easily eaten this entire batch of ice cream, and it made a fair amount but I have a high threshold for dessert consumption, I decided it was best to have an average sized portion.  Stored in an air tight container, this ice cream keeps extremely well in the freezer.  Just allow it to sit at room temperature for about 15 minutes before scooping it out and it will taste just as good as when you made it.  Enjoy! 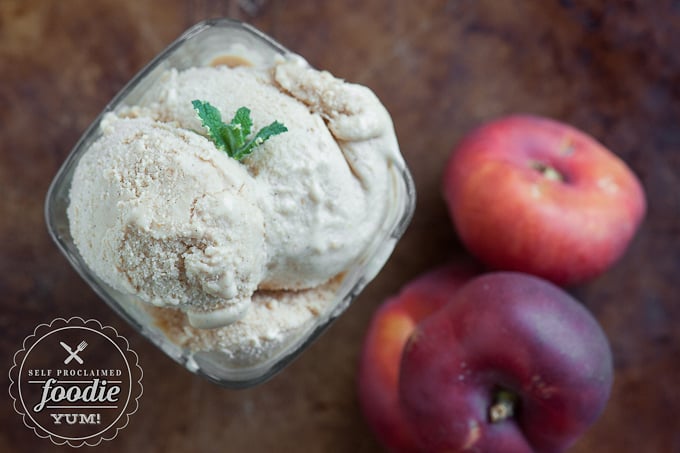 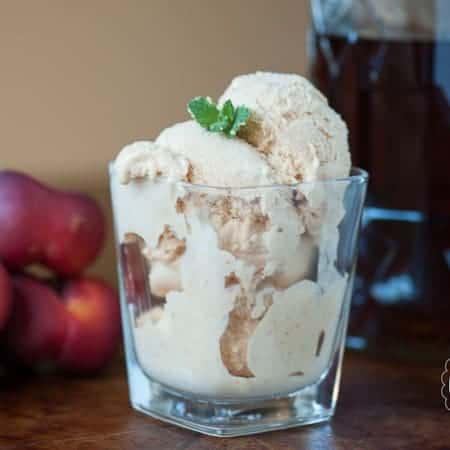