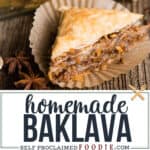 Baklava is a rich, decadent dessert recipe made of layers of flaky filo dough, filled with chopped roasted walnuts, and sweetened with a sticky honey sauce.

I grew up eating baklava and it's truly one of my favorite sweet treats. Much like my Salt & Honey Pie, just a teeny taste goes a long way! 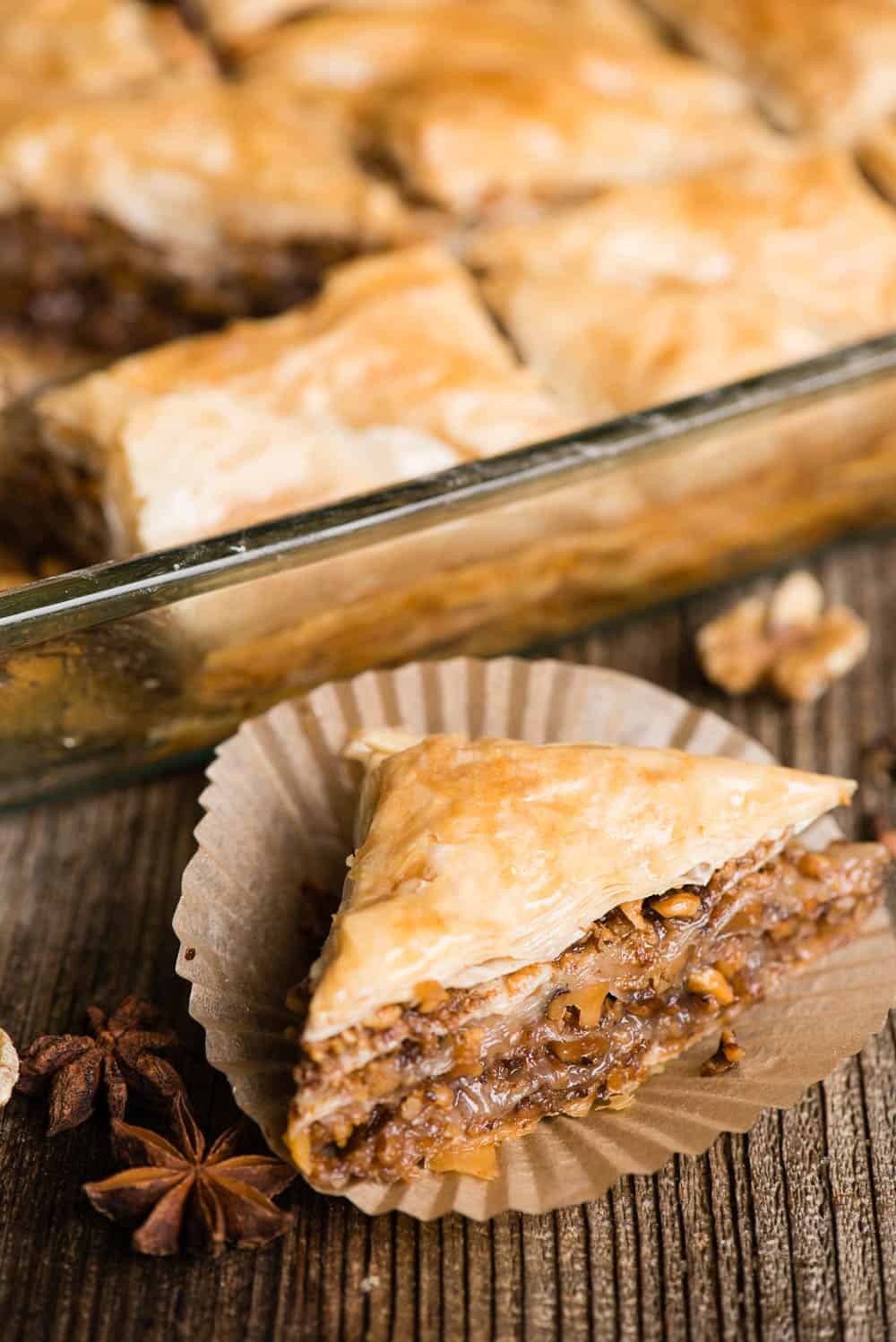 I've enjoyed baklava for as long as I can remember, but I never dared try to make it because I thought it would be too intimidating.

Let me tell you... not only was this recipe really easy to make, but it was strangely satisfying and turned out way better than I had ever hoped!

This recipe uses walnuts, but next time I think I'll make pistachio baklava. There are so many variations you can do to vary how this easy baklava recipe turns out! 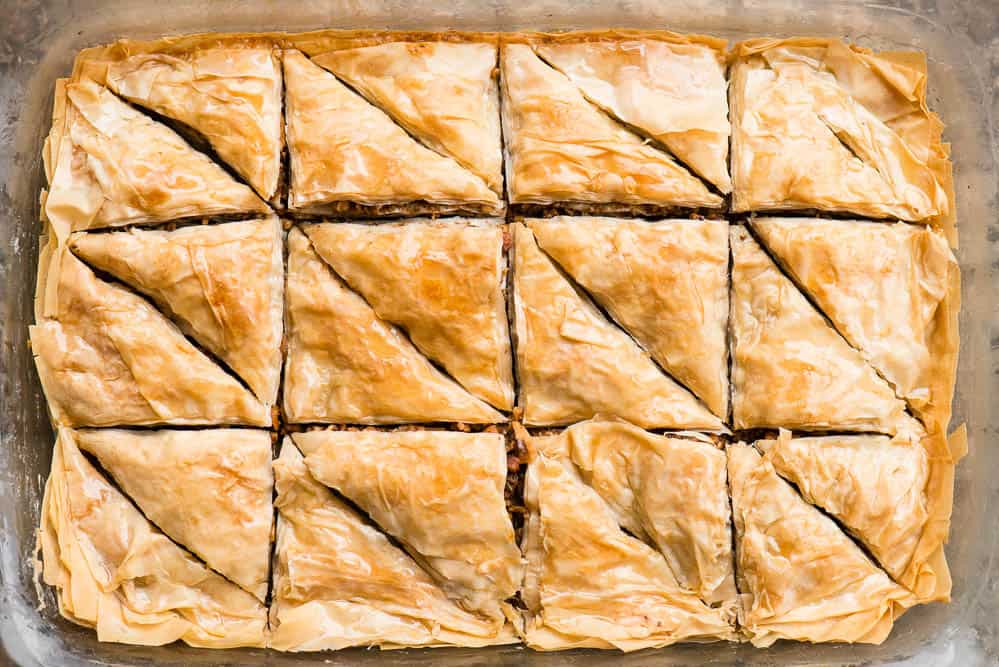 Where did baklava originate from?

From what I can find, the true origin of baklava is the Ottoman Empire. Because I suck at history and geography, I had to dig a little deeper.

The Ottoman Empire, historically known to its inhabitants and the Eastern world as Rome and known in Western Europe as the Turkish Empire or simply Turkey, was a state that controlled much of Southeast Europe, Western Asia and North Africa between the 14th and early 20th centuries.

Therefore, to me it seems that there really isn't much difference between greek baklava and turkish baklava.

If you've never enjoyed this sweet treat, you might be wondering what is baklava? Since I grew up eating baklava, it's hard for me to even wrap my head around the fact that a lot of people have never even tried it!

Because of the honey, baklava is insanely sweet. It's one of those dessert recipes where one piece will truly be enough to satisfy.

The outside is crisp, delicate layers of golden brown phyllo dough. Since they have been lathered in melted butter, the literally crumble and melt away in your mouth.

The filling is small pieces of roasted cinnamon nuts. The honey syrup holds everything together.

This recipe gives you a little bit of everything: sweet, salty, crunchy, chewy. 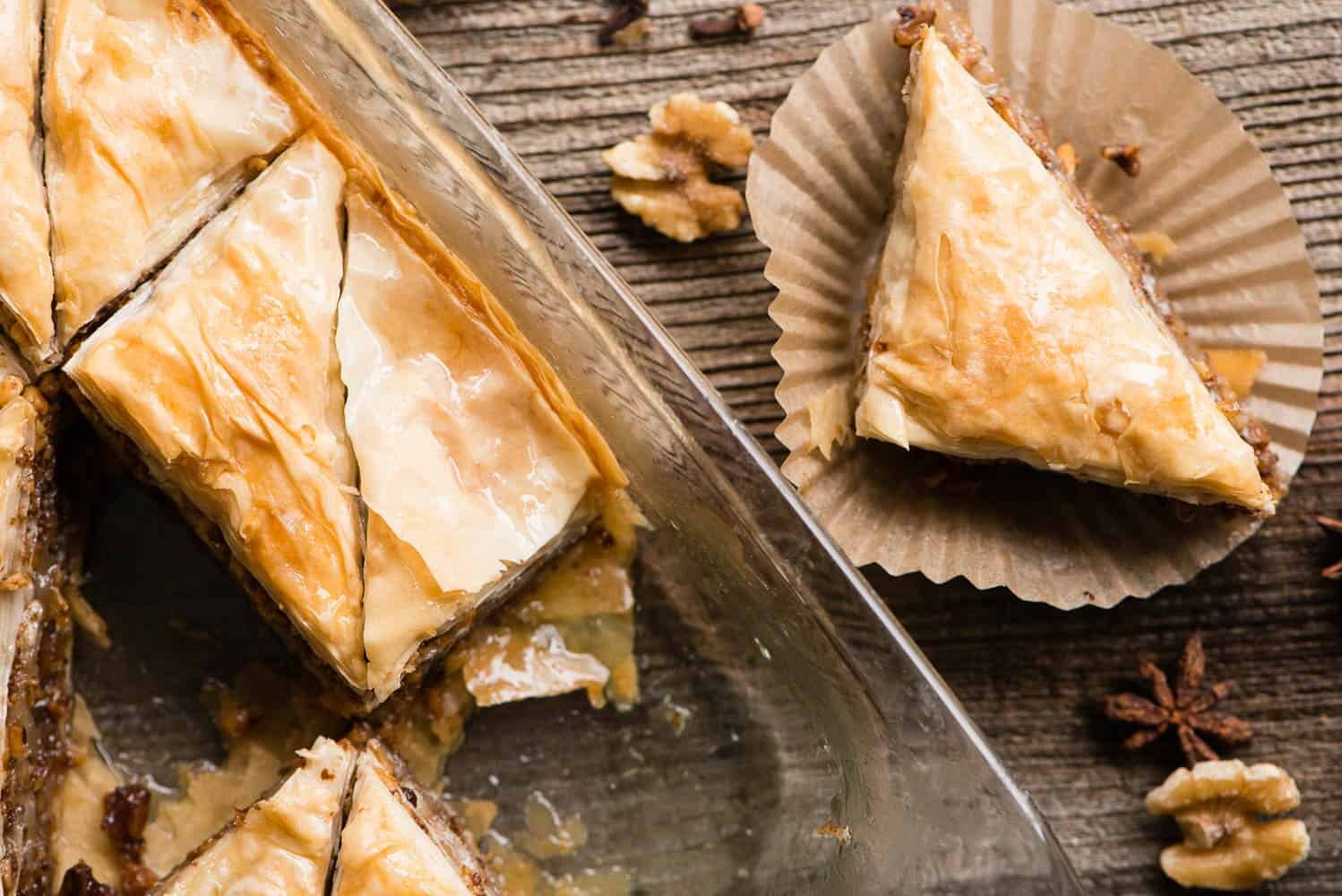 What is baklava made of?

Baklava ingredients are actually rather simple.

How do you make baklava?

Let's get to the burning question you've been wondering: how to make baklava. There are a lot of instructions so it might seem complicated, but it's really quite an easy recipe. 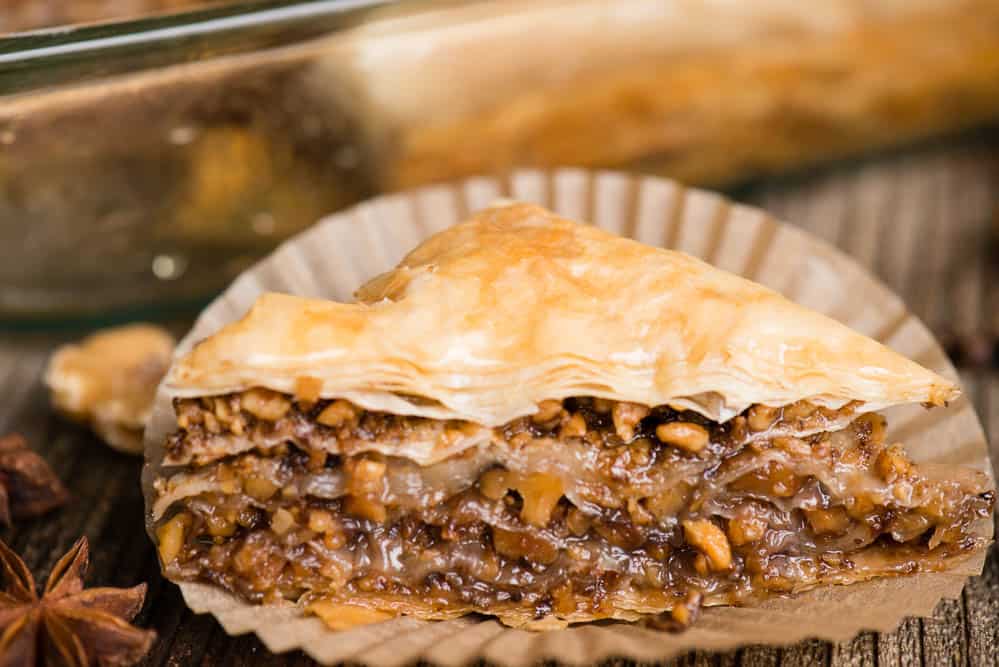 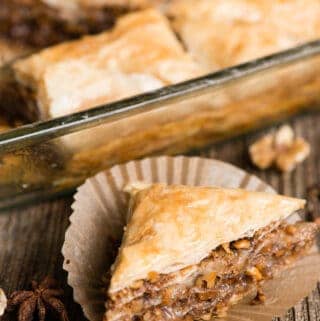 To assemble and bake baklava:

Makes 24 pieces. Serving size based on one piece.