Strawberry Coconut Chia Pudding is an easy, tasty, healthy, paleo, nutrient packed snack that not only tastes great and fills you up, but its good for you! 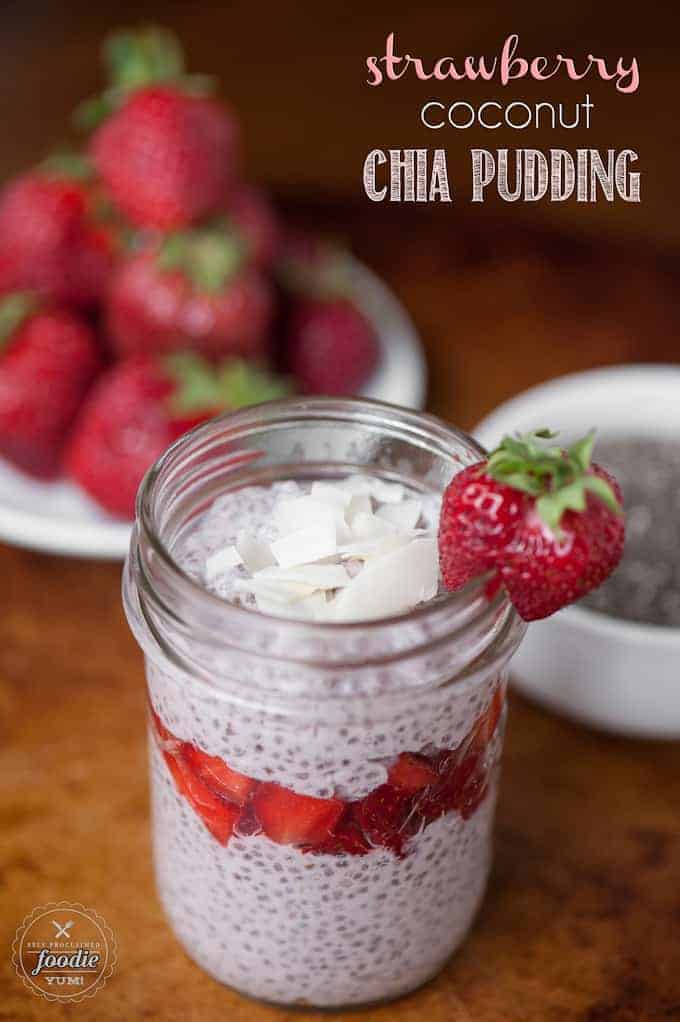 Apparently, chia pudding isn't a new thing. Sometimes I'm kind of behind on the trendy food curve, and this stuff probably became all the craze a couple of years ago. I've had a steady supply of chia seeds at my home for quite some time now because they're a nutritional superfood. Bottom Line: Despite their tiny size, chia seeds are among the most nutritious foods on the planet. They are loaded with fiber, protein, Omega-3 fatty acids and various micronutrients. I'd throw the occasional tablespoon in my smoothie or on my oatmeal, but this is the first time I've actually made pudding with them. 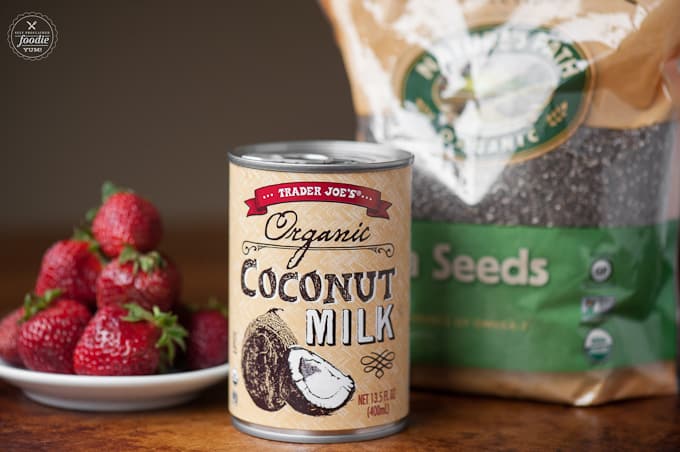 To be completely honest - I really enjoyed this pudding. Not only did I think it tasted great, but I really liked the texture and it made me feel good. Because I blended some strawberries into the pudding as well as adding some after the fact, there was a perfect balance of strawberry and coconut flavors. I ended up eating it with even more fresh strawberries than what I show in my pictures and I thought the crunch from the toasted coconut I added was the perfect balance when combined with the texture of the pudding. This definitely qualifies as a fast, healthy, and delicious snack that both you and your kids will love! 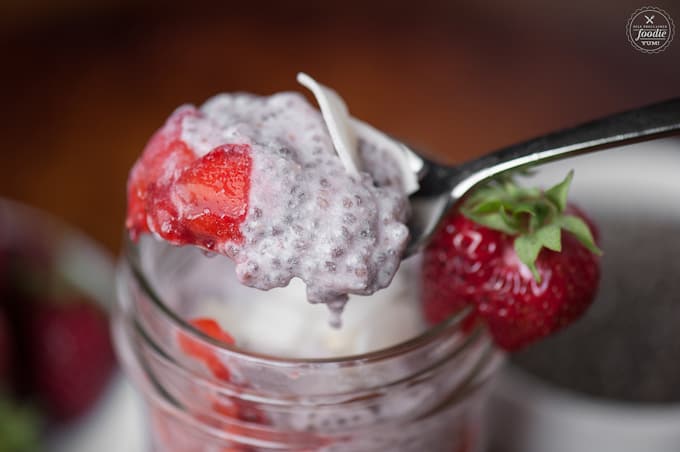 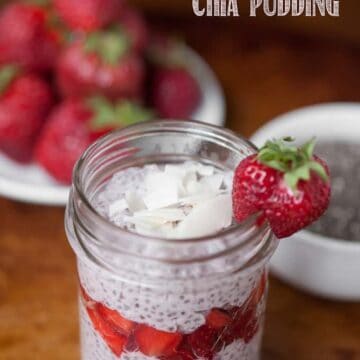