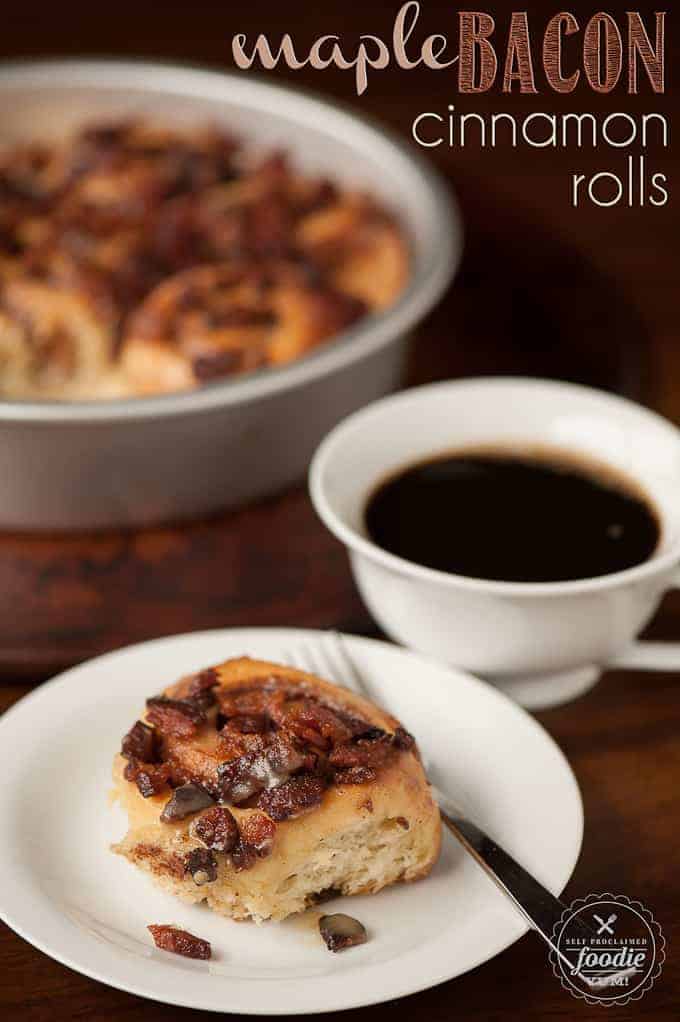 I kind of figured that's all I would need to write for this post.  Was I right?

Seriously, what's not to love about a well cooked good quality bacon? Absolutely nothing. How can you make such an amazing food any better?  You pair it with pure maple syrup, of course.  Who here hasn't taken a piece of bacon and swirled it around in the leftover pancake syrup on their plate?  No one.  I'm sure of it.  Now take the magical pair of maple and bacon and put it on top of some from scratch homemade cinnamon rolls.  Ah yeah.

I did a little side by side comparison for you to see what they look like after they had risen but not yet cooked (left) against the maple glaze and bacon covered finished product (right). 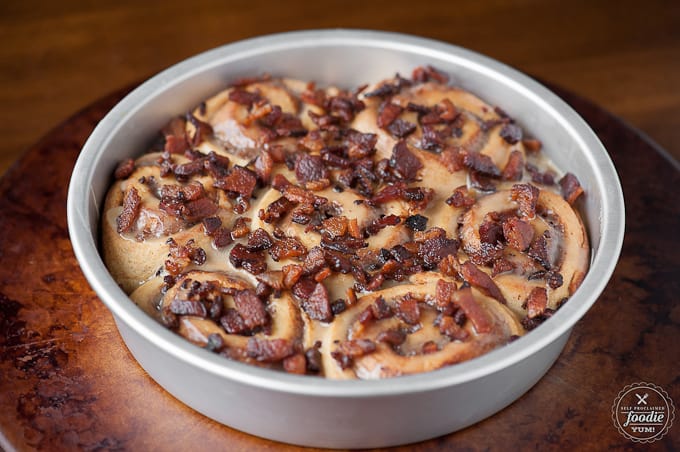 Don't you just want to reach into your screen and take a bite?  I'm not gonna lie to you. These are not the quick and easy variety of cinnamon rolls.  This is a labor of love.  You must have patience while the dough rises.  You must cook that bacon perfectly.  You must evenly distribute that butter, sugar, and cinnamon mixture.  Its worth it.  I promise. 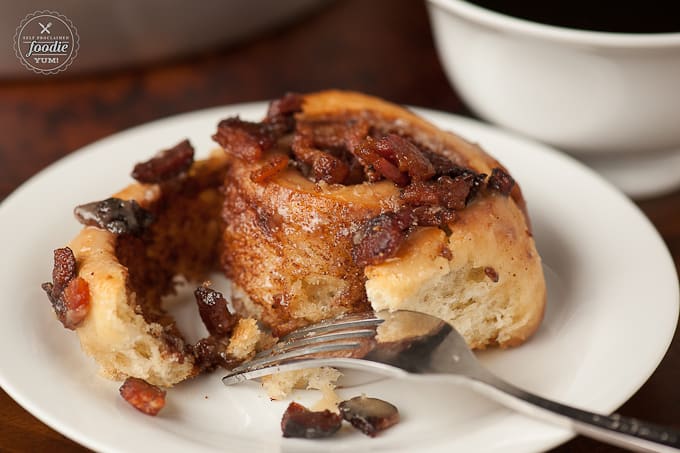 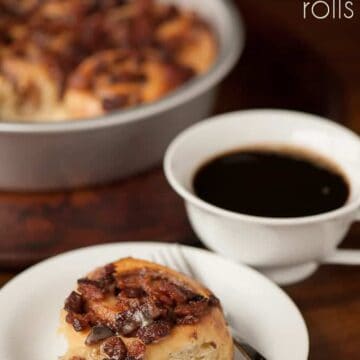