You can't go wrong with the Fall flavors of plum, pear, apple, cranberry, spices and wine in this delicious and easy to make Autumn Punch. 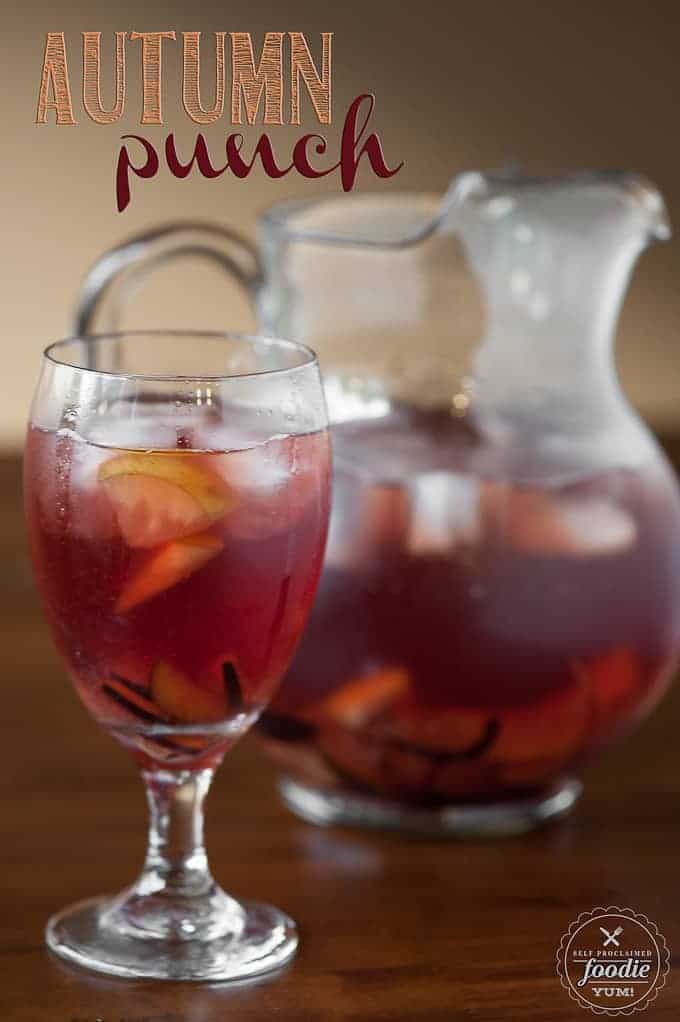 I have to admit, this Autumn Punch was pretty darn tasty. You can really taste how the cinnamon stick, vanilla bean, and cloves transforms the apple cranberry juice. You can always put those items in a little cheesecloth bag or some kind of spice bag so they're easier to dig out.  Don't do what I did.  "What did you do, Krissy?" you might be asking your monitor or phone.  Well, my foodie friends, I tried cutting a square of cheesecloth and wrapping my cinnamon stick, vanilla bean, and cloves in it to soak in the juice.  "Why was that a bad idea, Krissy?" I can hear you asking.  It was a bad idea because cheesecloth, when cut, unravels.  I immediately had little pieces of string floating in the top of my juice.  I fished out my attempt of a spice bag and just let them float without any kind of barrier.  I was afraid I would miss a clove and someone might bite into one, so I counted how many cloves I put in and they were easy to find because they float.  So, the moral of the store is that you don't need a spice bag if you count your cloves.

My kids were salivating over this pretty red spiced juice with thinly sliced fresh fruit, so I gave half the juice to them and added wine to the other half for the adults. I'm a big fan of making everyone happy.  This was delicious served cold over ice, but it would be equally as wonderful served warm.  You can just put everything in your slow cooker, heat on low, then change the temp to the keep warm setting and have people ladle out scoops of pure Fall goodness all evening long. 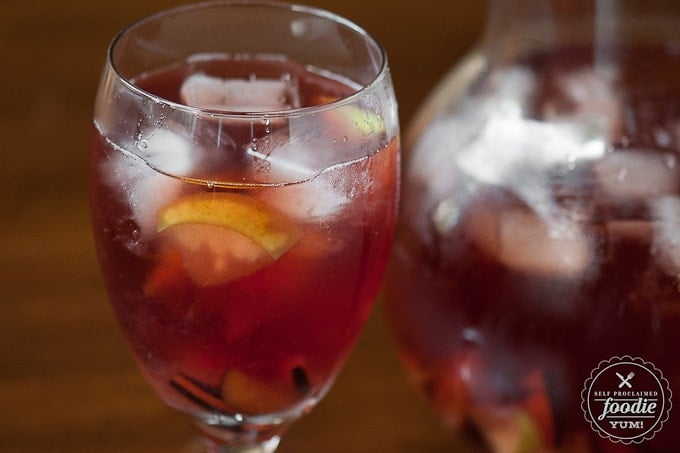 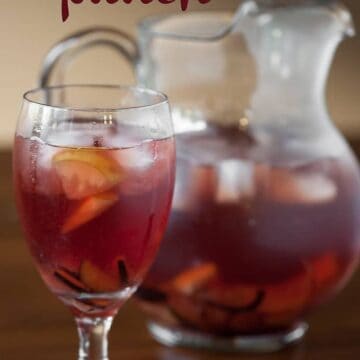