This Sausage Chèvre & Greens Omelet makes for a wonderful breakfast and has all the components you would want to start your morning right. 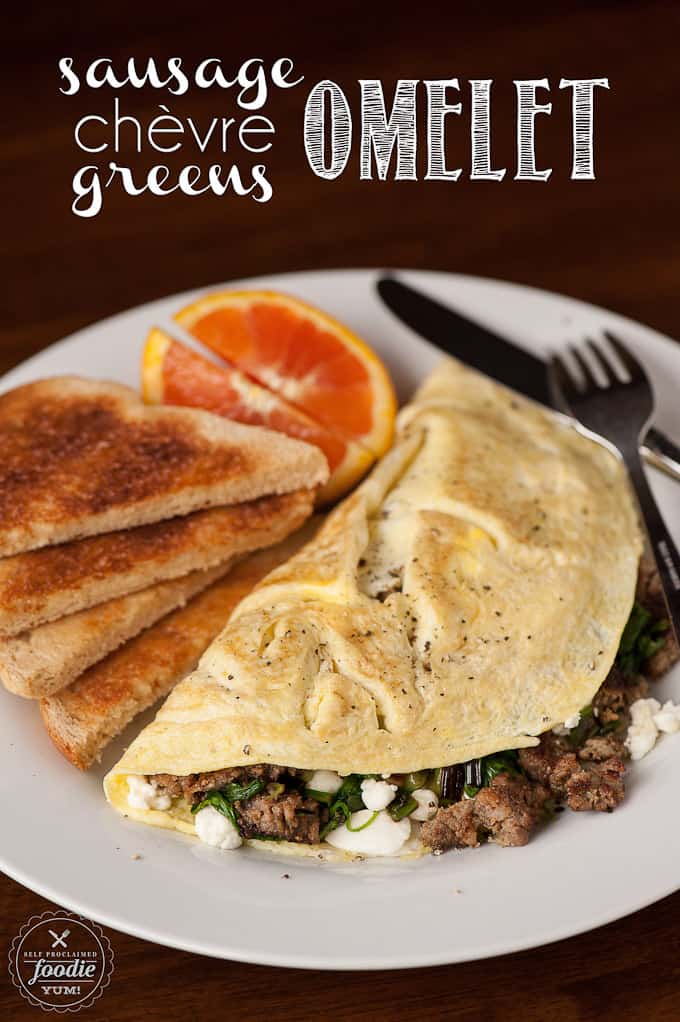 I shouldn’t have called this breakfast a Sausage Chèvre & Greens Omelet. Sure, that’s what it is. But what it really was was a clean-my-refrigerator-out omelet. I do a lot of cooking, as you might imagine. I also usually have bigger goals than what’s physically possible during my non-sleeping hours. This means that, much to the dissatisfaction of my husband, I sometimes over purchase food and/or cook too much food. Both of us hate to waste food because its not only throwing money down the drain, but its basically a waste of my time because of the effort it took to buy it at the store, bring it in, and put it away. So, that’s how this omelet came to be. I wasn’t intending on making a blog post out of it but it turned out so damn delicious that I just had to share it with you. I had some leftover breakfast sausage, a bunch of dark leafy greens that were halfway between edible and nasty, some green onions that were starting to get slimy on the outside but were perfectly fine on the inside, and about a fourth of a container of crumbled goat cheese left over from my roasted beet salad. BAM. Breakfast is served! 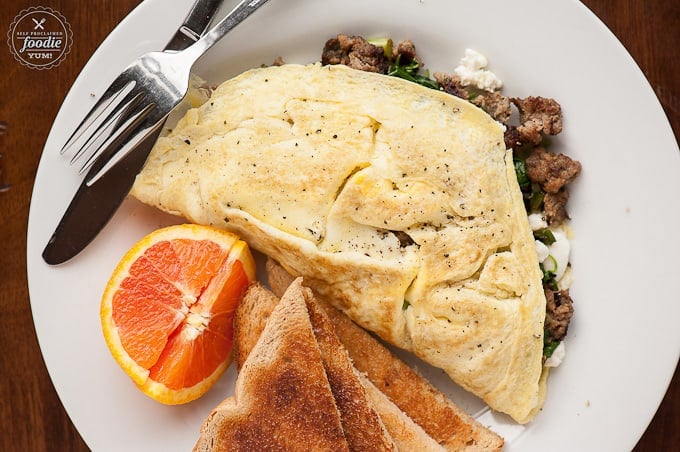 I don’t know what the proper way to make an omelet is, but I do know that whenever I try to flip the egg I end up with a scramble. With this method I whisked up the eggs really well, started them off in a hot pan and then let them slowly cook over very low heat while moving the raw egg to the surface of the pan. This cooks the egg all the way through without overcooking the bottom. It also makes it very easy to transfer from the pan to your plate while still somewhat resembling an omelet. I have to tell you again, however, that even though this combination of ingredients came about because I was trying to salvage what was left in my refrigerator, it was so freaking good that I would make it again for company (with fresher ingredients, friends) any day of the week. YUM!!! 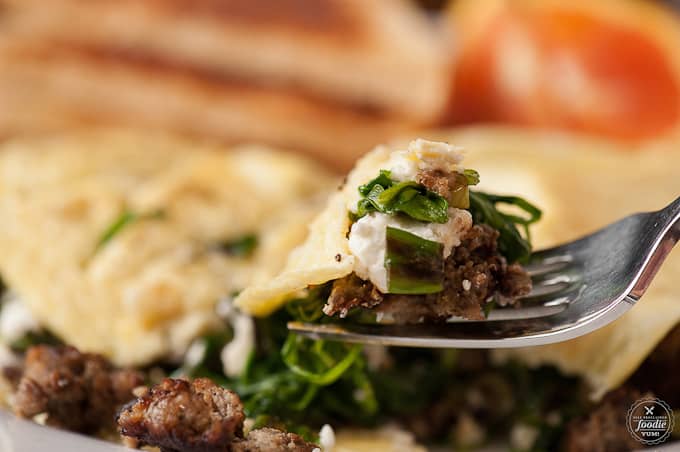 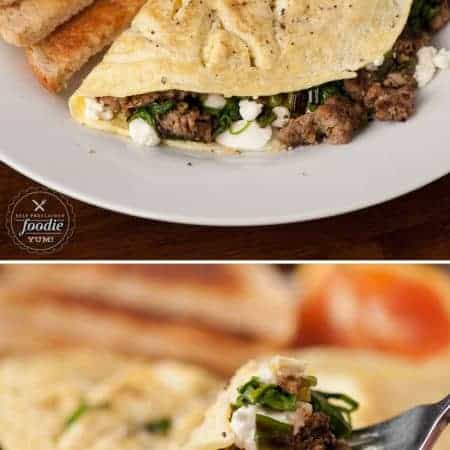 SUBSCRIBESign up to have my recipes emailed to you. Free!